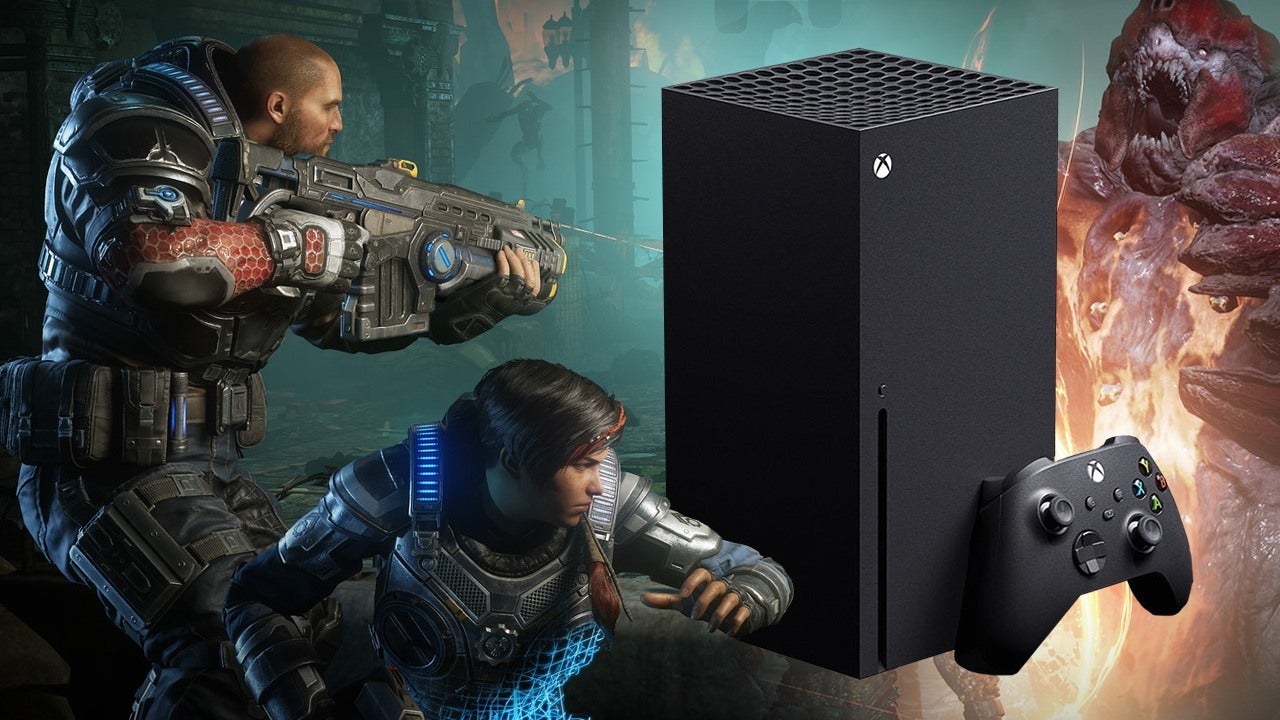 When the technical enhancements for Gears 5 on the Xbox Series X were announced, they included a PC Ultra visual feature set, PC Ultra HD Textures, 4K 60fps including during cinematics on the Series X, 120fps in versus multiplayer, and a plethora of other visual improvements. After having spent a considerable amount of time with it myself, I’m left wondering what’s more impressive: the fact that they succeeded on these promises, or that Microsoft has set such an impressive standard for itself in terms of what we can expect from the Series X in the future.

The Series X offers a wide array of options in the ‘performance vs visual quality’ toolkit of the console, and putting this new hardware to the test on day one is the ‘enhanced’ version of The Coalition’s Gears 5. This is our performance analysis of Gears 5 on the Xbox Series X. Watch the video below or scroll down to read the full deep dive.

The Coalition has succeeded in creating something truly remarkable: achieving native 4K at 60fps throughout the campaign with a visual quality that matches the PC version of the game at Ultra settings. With cutscenes rendered in real time using the Unreal engine, Gears 5 manages to hit 4K 60fps, even during in-engine moments like the Hammer of Dawn sequence which the team admitted was incredibly taxing to develop. It uses technology like Variable Rate Shading which only renders a portion of the screen at full resolution (like a characters face) which is where your eye would naturally go, but the depth of field background for example would be rendered at a lower quality as it doesn’t need to take up that processing power. They also use Temporal Upscaling which will dynamically change the game’s resolution as needed every 4 frames.

While moments like this were locked at 30fps on Xbox One X and prior Xbox models, we now experience all of them in 4K at 60 frames. The only platform that struggled to keep up with its targeted framerates was the original Xbox One, but even then it comes incredibly close to that 30fps goal, no doubt relying on the engines Temporal Upscaling and using it to their advantage. Fast forward to a new console generation and the Xbox Series X handles all of this at 4K 60 with ease with a massive amount of tech in the background making it possible.

Even more surprising is the push to 120 frames per second in Versus mode. The fact that an engine with this level of detail can achieve anything near to a locked 120fps is nothing short of astounding. If If the Initiative or any other companies aligning with the Xbox Platform take advantage of the tools and methodology showcased by the Coalition, we’re all in for something special.

The additional framerate isn’t just for show, either. This also drastically reduces the input latency you’ll experience with Gears 5, putting it down 57% in Multiplayer Versus over the Xbox One X at around 30ms on the Xbox Series X vs. 64ms on the One X. To give you some context, Call of Duty Warzone runs in this range at 1080p on a 360hz monitor, backed by a beefy CPU and 3090 GPU making this no small feat for the Series X.

The one area the game did have a noticeable dip below 60 frames per second was in the overworld sections with the skiff.

You can see the spikes to 33-millisecond frame time during these portions causing a dip to around 58 frames per second. The effect is even more drastic on the Xbox One X as the game would dip below 60 frames per second and struggle to get back to that locked framerate. Comparatively the Xbox Series X handles these stutters with ease, but while The Coalition said this will be addressed soon.

“When you’re seeing those slight dips, that’s not because the CPU or the GPU is overwhelmed,” says Colin Penty, The Coalition’s Technical Art Director. “It’s because we’re streaming at those times. We’ve done a lot to reduce latency on the Series X , and there was a little bit of a side effect with the way streaming hits the CPU for just a frame or two. It’s mainly visible in the overworld, with the skiff, because you’re traveling so quickly and you’re streaming a lot [of visual data]. During the linear missions, it’s quite hard to see, but in the overworld it’s because you’re going so quickly on the skiff, that’s when you get these slight hitches. But we are working on a fix right now.”

To achieve that smooth 4K/60FPS, The Coalition scales every 4 frames with resolutions ranging from 1440p to true 4K, and employs a technique known as Variable Rate Shading. VRS takes part of the picture and only renders what the player needs to be seeing at full resolution, which saves a tremendous amount of processing power.

“It’s a technique that lets us specify certain regions in the screen and reduce the resolution,” says Christopher Wallis, Senior Rendering Engineer for The Coalition. “If you think about dynamic resolution, it’s great because you can scale your content – but it’s global, right? So your whole screen is either at full 4K or at 90% or something, but sometimes that doesn’t make sense. For example, in cinematics, you’ll have a close-up on a character’s face, and the background is all blurred out due to depth of field – 4K is great, but on the background, it doesn’t really make sense.

“And in some cinematics, it actually makes the difference between 90% dynamic resolution to running at full 4K,” he continues. “You want all your resolution on the face, so VRS is sort of this really cool new hardware on Xbox Series X and S that lets us really target that resolution.”

Now before I spoil it for you, can you tell me which of these are PC at Ultra settings?

All of these cutscenes were created in-engine to remove loading screens and create a seamless experience so all this is rendered in real time on each platform.

There are a few areas where the Xbox Series X is flexing a little bit on this one. You can already see the new shading model in effect from The Coalition on Del’s face, but the armor is where the Xbox Series X is looking just a touch better than the PC at Ultra Settings, though that balances out once you install the ULTRA HD texture pack on PC. Then it looks 1:1. The fact that the PC running this has a 3700x and a Nvidia 3090 gives it the edge, but a console at a fraction of the cost of just those two components in my build achieving visuals at this level still blows me away.

The draw distance is also noticeably improved on the Series X. In the very first mission, when you enter the repelling section, you can see on the Xbox One X the vegetation below hasn’t even been rendered into the scene yet

On the Series X, however, the entire area is covered with vegetation. It’s one of the first sacrifices that you can clearly identify on the previous generation of hardware, and is one of the best indicators of how the Series X has been used to take things to a new level. If you look at the same scene on an Original Xbox One, then go to the X you get some draw distance back because of the higher resolution. Now looking at the Series X the scene dramatically transforms against the One X. Not only because of the additional plants, but also the Screen Space Global Illumination giving the entire scene a more realistic lighting.

That SSGI, along with enhanced contact shadows on small environmental debris, were two more subtle touches that add that extra layer of polish. Contact shadows are seen when a light source hits say a piece of wood and, previously, would fail to cast anything. On Series X, however, each item – be it a book or piece of wood that may have a 3D geometry – pops out of the environment and has a much more realistic look in the world. The most impressive tech is likely the Screen Space Global Illumination, which works in conjunction with elements like Contact Shadows to create additional lighting effects that look more natural. Objects within a player’s view will be lit dynamically as opposed to with a static, pre-set methodology in the engine. It does a tremendous amount to further sell each scene.

Gears 5 sets an impressive standard for visual quality, use of Unreal Engine tech, and it’s all locked behind ultra settings at 60 frames per second. If this is what the Series X can do on launch day, I can’t wait to see what’s in store as more is released from Microsoft Studios. If you’d like to see more comparative analyses like this one, let us know in the comments, and for more on the newest members of the Xbox family be sure to check our overall reviews of the Xbox Series X and Series S.