Pokimane wants Twitch fans to stop giving her so much money 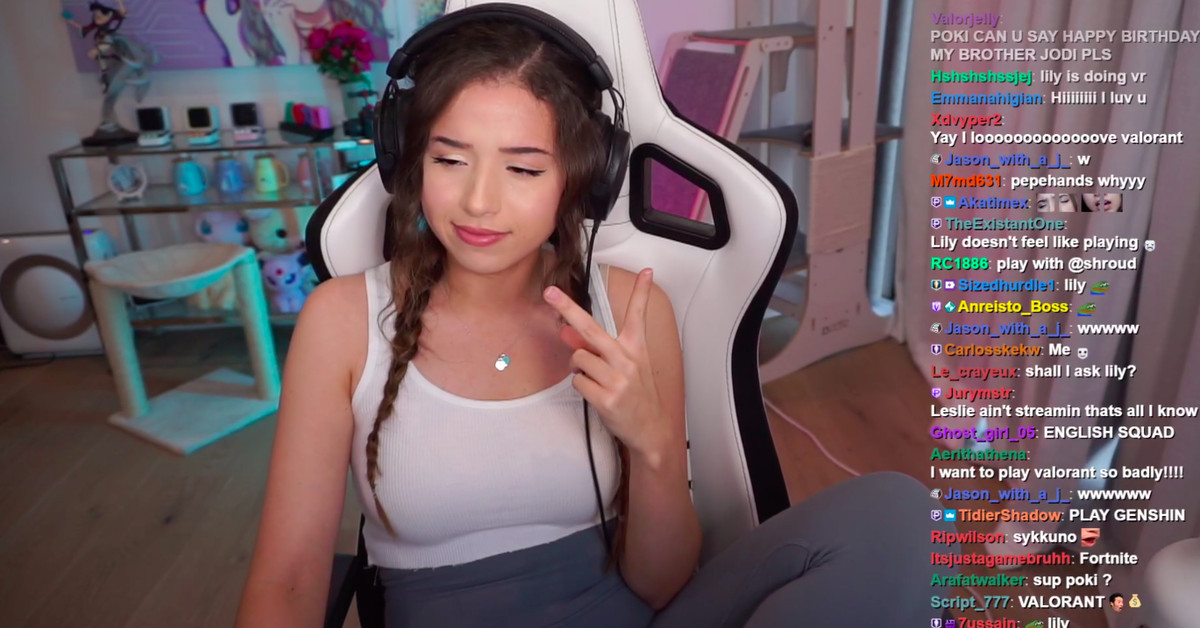 Big donations are a sure-fire way to grab attention on a Twitch broadcast, but such performative gestures may not always make a streamer feel comfortable, even if they’re grateful for it. And so, one of Twitch’s most visible streamers has put a stop to giant donations on her stream.

Aspiring Vtuber and Twitch juggernaut Imane “Pokimane” Anys announced on Twitter in early November that, from now on, donations on her channel would have a cap. You can no longer donate more than $5 to Anys, who is asking viewers to instead take that money and give it to other streamers who may need it more than she does.

worked with @streamlabs to create a donation cap of $5 for my channel!

Thank you for supporting me to the point where I consider anything more than that unnecessary. To anyone that was more generous- please support growing channels, charities, and treat yourselves.❤️ pic.twitter.com/QhrusbDFxD

It’s an enormously classy move, and one that runs counter to the ways many influencers seem to function. But, as one of the biggest channels on Twitch, Anys can likely afford it. Earlier in 2020, the bubbly personality announced a multi-year deal with Twitch, and while specific sums weren’t disclosed, you gotta imagine it was worth a pretty penny. Anys has also deftly commanded a lot of attention this year, like with her recent AOC livestream that encouraged viewers to vote — meaning that, even if donations are lower, she’s still getting paid.

Viewers took the change positively, with one recent donation jokingly stating that they were going to use the extra money to buy “double the RAM” on their PC now. That same livestream saw Anys explaining her decision a bit more, noting she believed that watching livestreams, especially sponsored streams, was a better sign of support than monetary sums. She also encouraged people to get involved in the chat.

“Even when sometimes people donate like $20 to me, I feel guilty,” she said during the same livestream.

“When people donate even more, I feel like they have a certain expectation — I feel so bad,” she said later in the same clip. “Like, if I feel like I can’t meet their expectation, in terms of my reaction or what they’re expecting me to do…” She trailed off.

“Even writing, like, funny meme replies when we’re doing sponsored stuff … that kind of thing can mean a lot,” Anys continued later on.

Most responses on social media have been extremely positive as well. “Girl you have done it again,” wrote Kaceytron, another big Twitch streamer, on Anys’ announcement. “Constantly raising the bar for us all and doing it flawlessly.”

While Anys did not respond in time for press, Streamlabs — the makers of the tool she is using to cap donations — told Polygon that this was the very first time anyone asked them to help them find a way to lower their donation amounts. Usually, many of the products Streamlabs makes, like custom tip pages, help to encourage people to invest in their streamers.

“While Pokimane was the first to do it, we see this appealing to other established streamers,” said Ashray Urs, head of product at Streamlabs. He added that in the future, Streamlabs wants to add functionality for anyone looking to cap their donations.

“We are exploring ways streamers can cap donations and send any amount in excess directly to a charity of their choice,” the rep said. And sure enough, on social media at least, a few Twitch streamers have expressed interest in doing the same. Others, meanwhile, are just wondering if this will encourage people to donate more than once.

How to Find Redcrests in Genshin Impact 3.1 Update

How to Find Redcrests in Genshin Impact 3.1 Update