Borat 2, The Witches, and everything else you can now watch at home 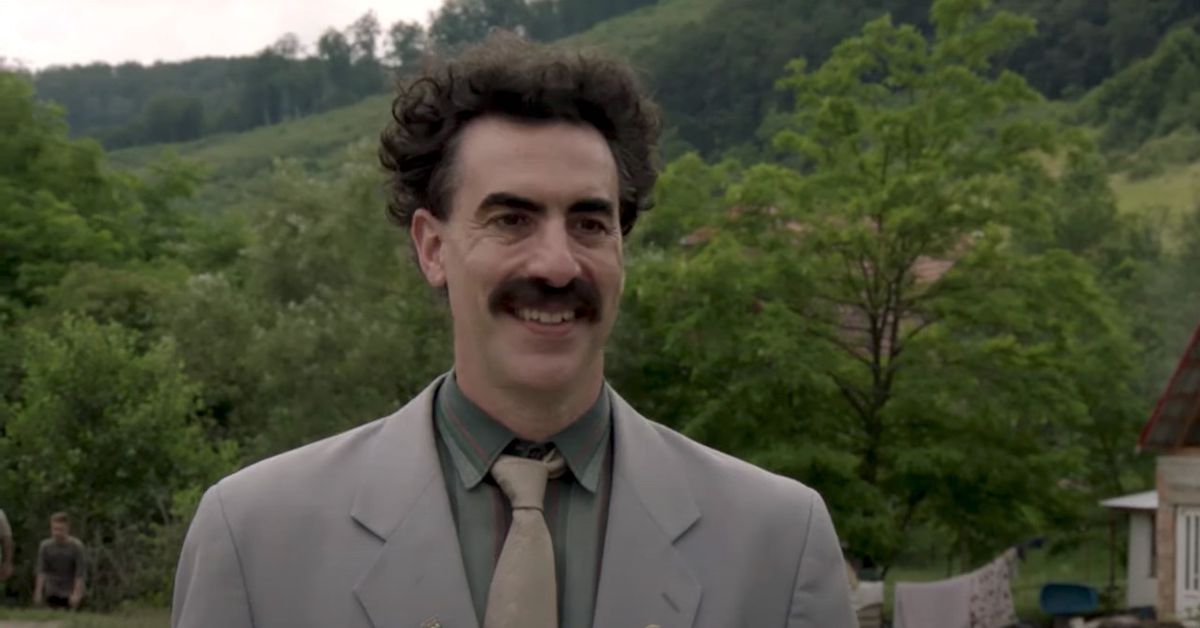 If you’ve ever wondered about how Olaf from Frozen came to life, Disney Plus has an answer in the form of the short film Once Upon a Snowman. In the short, now on the Disney streaming service, the snowman suffers an existential crisis after being summoned into existence, and it’s a surprisingly emotional journey.

Speaking of things coming into existence, the Uncharted movie, directed by Ruben Fleischer, is officially underway. The first official set photos were released this week, showing off Tom Holland as the young Nathan Drake. Holland also posted a first picture of himself in full Drake costume to his Instagram.

While we wait for the long-delayed Uncharted movie to finally make it to theaters, here are the new movies you can watch on VOD this weekend.

Borat Subsequent Moviefilm: Delivery of Prodigious Bribe to American Regime for Make Benefit Once Glorious Nation of Kazakhstan (aka Borat 2)

Sacha Baron Cohen returns as the Kazakh journalist in Borat Subsequent Moviefilm. The documentary comedy finds Borat back to America in the midst of the COVID-19 pandemic and in the lead-up to the 2020 election. From our review:

Borat Subsequent Moviefilm: Delivery of Prodigious Bribe to American Regime for Make Benefit Once Glorious Nation of Kazakhstan is also one of the most uproariously funny American comedies in an ungodly long time. With an actress in tow playing Borat’s teenage daughter, Cohen makes his way back to a more turbulent U.S. for an even more outrageous film, one that not only embarrasses at least one major politician — “Great success!” — but manages to be surprisingly touching and optimistic along the way.

Where to watch it: Streaming on HBO Max

Director Robert Zemeckis has always had a reputation as a bit of a gonzo tech wonk. Between more staid films like Allied and The Walk, Zemeckis’ obsession with pushing technology to its limit, as in his 1988 masterpiece Who Framed Roger Rabbit, has resulted in oddities like Beowulf, The Polar Express, and Welcome to Marwen. These films are full of strange, not necessarily successful, but certainly memorable choices. That makes it all the more disappointing that his latest movie, a new adaptation of Roald Dahl’s children’s novel The Witches, is almost boring.

Where to watch it: Streaming on Hulu

Dear White People creator Justin Simien has made a horror movie about — you guessed it — hair. Anna (Elle Lorraine), a TV executive, wants to become a video jockey star, but her boss (Vanessa Williams) won’t tolerate her natural hair. For the sake of her career, Anna gets her first weave — and that’s when the trouble begins. Lena Waithe, Jay Pharoah, and Blair Underwood co-star.

Where to watch it: Rent on digital, $5.99 on Amazon, Google Play and Apple

A surprisingly stacked cast fills out this comedy about the ritual of spending Thanksgiving with friends. Best friends Molly (Malin Akerman) and Abby (Kat Dennings) are hoping to spend the holiday quietly, but their celebration soon grows out of control, with Molly’s new boyfriend and his mother tagging along, as well as several party crashers, including Wanda Sykes, Margaret Cho, and Chelsea Peretti.

Where to watch it: Rent on digital, $6.99 on Amazon, Google Play and Apple

The sequel to After arrives this weekend, with Josephine Langford and Hero Fiennes Tiffin starring as a young couple going through growing pains. When they break up, she’s faced with the choice of pursuing new love, or fixing her old relationship.

New on Netflix this weekend

And here’s what dropped last Friday:

Teen Wolf star Dylan O’Brien takes on the apocalypse as Joel in Love and Monsters, which Paramount is bringing straight to a digital release due to the pandemic. When monsters take over the world, humanity is forced to move underground. A chance series of events reveals that Joel’s high school sweetheart (Jessica Henwick) is living a mere 80 miles ago, and Joel takes it upon himself to go reunite with her. Michael Rooker of Guardians of the Galaxy fame co-stars.

Evan Rachel Wood stars in Me and You and Everyone We Know director Miranda July’s new film Kajillionaire, which focuses on a family of con artists and what happens with a stranger comes into their midst. From our review:

It’s been nine years since Miranda July’s last film, The Future, which follows an awkward, immature, aimless Los Angeles couple through their emotional trials over their decision to adopt a cat. Her follow-up, Kajillionaire, feels like the launch of a Miranda July Cinematic Universe: it feels could be taking place at the same time as The Future, just a few blocks over. Its L.A.-based characters are equally awkward and at odds, and July again finds an intense well of sympathy for them, while simultaneously presenting them as close to intolerable. Like The Future (and July’s other film, Me and You and Everyone We Know), Kajillionaire is delicately funny about its characters’ failings and flaws. And like July’s previous films, it’s intensely quirky, both in its characters and in its directorial choices.

What the Constitution Means to Me

Heidi Schreck’s acclaimed play focuses on her experiences as a contestant in Constitutional debate contests as a young adult, weaving in her family’s history to tell a bigger story about how the Constitution has affected all of our lives. From our review:

In the months since the play was last on stage (it’s been produced fairly consistently since mid-2017, until the beginning of the COVID-19 pandemic), Schreck’s point about the fundamental inequity that’s been present from the very moment America was founded has only grown more potent. It’s an unfortunate truth, but it makes Schreck’s work all the more vital, as her seeming rambling comes to a precisely calculated, cogent point.

It isn’t Gibney’s style to produce a Michael Moore-like essay-doc on the state of the nation. While the movie opens with the vague suggestion that it will examine the pandemic as a culmination of 21st-century technocratic hubris — an unexpected test that the world, and America in particular, failed spectacularly — the filmmakers don’t really have time for expansive theorizing. Totally Under Control takes place over a clear timeline: It starts in January 2020, and ends a couple of weeks ago, appending a final on-screen note about President Trump contracting COVID-19 the day after the movie was finished.