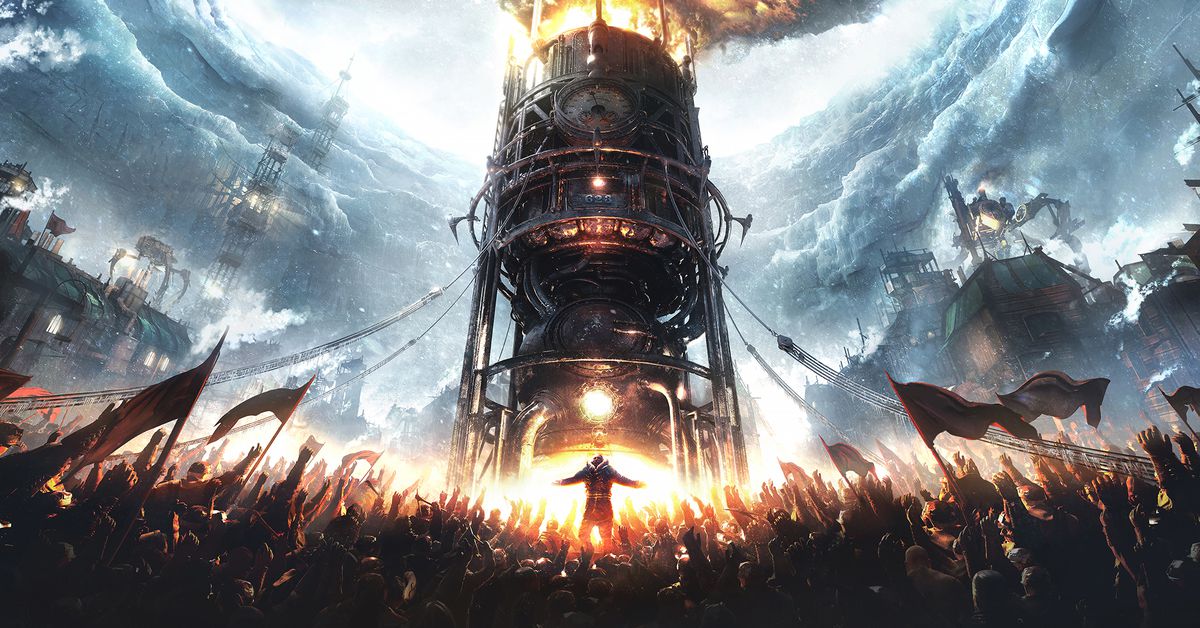 The Kickstarter campaign for Frostpunk: The Board Game is entering its final 24 hours with nearly $2.5 million pledged so far. That makes it one of the biggest video game crossover projects of the year. Polygon sat down with Jakub Wiśniewski, one of the co-founders of Glass Cannon Unplugged, for more details on what fans should expect. Delivery is estimated for June 2021, and copies start at €75 (around $88).

Frostpunk is based on the 2018 video game by the same name. Designed and published by 11 bit Studio, it’s a city-builder with a twist. The city that players are responsible for are refugees from an apocalyptic event in an alternate Victorian-era Europe. As the city’s leader, players are tasked with keeping citizens warm and safe as an unrelenting winter works against them.

This isn’t Wiśniewski’s first time working with 11 bit Studio on a tabletop version of one of their products. He was part of the team behind This War of Mine: The Board Game, which Polygon reviewed in 2017. Unfortunately, we weren’t entirely kind to it.

Part of the problem, in my opinion, was the structure of the game itself. Rather than taking the best parts of the game and using them as inspiration for a tabletop experience, it was just a port — an elaborate, note-for-note recreation of the video game itself. The result was a tedious experience that took entirely too long to play.

Wiśniewski says that, this time around, he and designer Adam Kwapinski (designer of Lords of Hellas, Nemesis, and other popular tabletop games) are taking a very different approach.

“I wouldn’t call This War of Mine a mistake in any degree,” Wiśniewski told Polygon in a Zoom interview earlier this week. “A lot of the mechanics from the video game were actually almost 100% ready to be, as you said, ported into board games. Frostpunk is a lot different in so many ways.”

Part of that difference comes in terms of scale. This War of Mine was an intimate survival story with four main characters, while in Frostpunk players will be responsible for up to 1,000 citizens. But, instead of a port of the video game, this time around he’s going for more of a localization.

This isn’t a port, it’s a localization

“I come from a background of translation,” Wiśniewski said. “I used to translate prose from Polish to English, and the other way around. We decided to adapt, to translate, to localize video games into the language of board games. Frostpunk is our first approach to this.”

Following a trend in the tabletop space, there’s a full-fledged demo version of Frostpunk: The Board Game available on Tabletop Simulator. Owners of the client can download the demo for free, and even play it with their friends to see if they like its systems. Only then do they have to decide if they want to put down money for a copy when they’re available next year.