I’m incredibly excited to announce that Manifold Garden will receive a next-gen upgrade on Xbox Series X|S on November 10 when the consoles launch.

Better yet, the upgrade is free to existing owners of the Xbox One version of the game through Smart Delivery. That means if you buy the game once, you get an optimized and great version on Xbox One, Xbox One X, Xbox Series S, and Xbox Series X. Check out our 4K/60 launch trailer above.

Back in January I approached William, the director of Manifold Garden, with a wild idea to bring Manifold Garden to the just-announced Xbox Series X. You see, we were knee-deep in bringing the game to existing consoles at the time, so it took some persuading and very clear and thoughtful scheduling and planning to make sure it could work out. A special shout out to the amazing team over at [email protected] not only for believing in us and the game, but for clearing every roadblock and getting us launch-ready!

Personally I’m blown away by how powerful the Xbox Series X is. In our initial tests we threw our most intensive version of the game on it at completely maxed out settings just to get a sense of the console’s performance, and it handled it almost perfectly. My jaw dropped. The game runs at a native 4K/60 on Series X with maxed out settings such as draw distance and anti-aliasing. Walking through Escher-esque levels with 4K visuals and a completely steady framerate never ceases to amaze.

When we started working on the Series S version, I was likewise blown away, perhaps even more so. The Xbox Series S version of Manifold Garden runs at 1440p at 60 frames per second, also with extremely high settings. I can’t wait to see how Series S shows its power throughout the generation.

This release is truly special to me and is something I’m extremely excited to share with the world, so please make sure to download it when you get your new console this November! If you want to get started now, remember that purchasing the Xbox One version of the game means you’ll be ready to go as soon as you plug in your new Xbox. 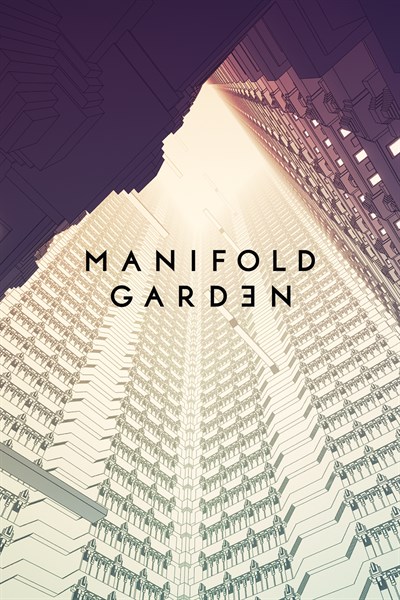 Manifold Garden is a game that reimagines the laws of physics.

Rediscover gravity and explore a beautiful Escher-esque world of impossible architecture. Geometry repeats infinitely in every direction, and falling down leads you back to where you started. Manipulate gravity to change your perspective and see the world in new ways. Master the rules of the universe and restore a barren world with vegetation and life.

Manifold Garden has been nominated for several awards, including “Best Debut” from the Game Developers Choice Awards and the BAFTA Awards. It was selected as one of the New Yorker’s best games of 2019.

What the Critics Say: