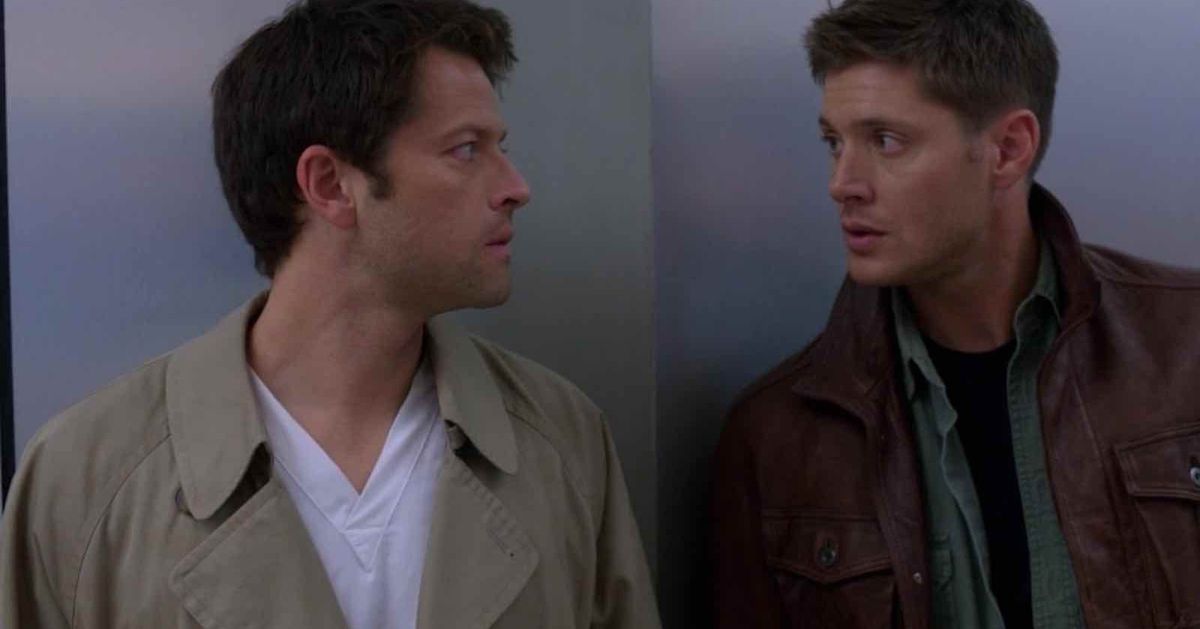 Thursday night’s episode of Supernatural saw the long-beloved ship of demon hunter Dean Winchester (Jensen Ackles) and the angel Castiel (Misha Collins) — a mere 12 years after Castiel’s introduction in the season 4 premiere “Lazarus Rising” as the angel who saved Dean from hell — finally manifest into an anguished love confession.

And then Castiel got tossed into, like, for real perma-perma death (resurrection happens so often on Supernatural that they need a super extra death), but Destiel truthers are clinging to this moment.

My Twitter timeline looks like it’s Tumblr 2012 all over again. Everyone who lived through the SuperWhoLock fandom block days is taking a long sip of whatever beverage they’re drinking and exhaling a sigh they didn’t know they were holding.

The fanfic origins of the Destiel ship

The Destiel pairing first emerged in the Supernatural fandom right after Castiel’s introduction. Fanlore theorizes that the reason it was so popular is because the other options were a bit contentions (i.e., an incestous pairing between the two Winchester brothers, or the real people shipping of actors Jensen Ackles and Jared Padalecki). Dubbed “Destiel,” the ship very quickly swept across fandom spaces as the two characters’ onscreen friendship grew stronger.

(Contrary to what some might think, the pairing did not start as an excuse to write the wolf-tinged erotica known as Omegaverse, though Omegaverse fics became very common in Dean/Castiel works.)

In the early 2010s, a large portion of the Supernatural fandom dominated microblogging platform Tumblr. This coincided with the popularity of the fandoms for BBC’s Sherlock and Doctor Who, which melded together to form the super fandom behemoth known as SuperWhoLock. At the time, fans of one show were likely also fans of at least one of the others, or they knew people who were and eventually got into the other parts of the fandom as a result. The fan communities for these three shows were so interwoven that, even though ships existed separately (though certainly crossovers were common), SuperWhoLock became a badge of honor to hoist in posts, signaling to others a person’s equal passionate dedication to each of the shows. To this day, the three fandoms are associated with one another on the platform.

Even if someone was not actively part of any of these fan communities, anyone using Tumblr in the 2010s in some fandom-adjacent space had a feed filled with URLs like tardis-221b-impala or johnlockdestiel4ever, and reblogs of GIFs of Dean and Castiel looking longingly into each other’s eyes. As of 2019, Destiel was still the most popular ship on fanfiction hub Archive of Our Own, aka Ao3.

But Destiel’s infamy goes beyond its reputation as a super popular ship. The pairing became so popular that the show’s writers and actors got involved, making jokes and references about the characters’ sexualities both within the show and outside of it. This proved to be contentious within the fandom, with many fans and critics criticizing the behavior as queerbaiting, or hinting at characters being LGBTQ without actually depicting them as such. Collins denied this allegation, saying it was an “unfair allegation.” But Ackles’ dismissive behavior at a fan convention when asked about the relationship incited a mini-war within the Supernatural fandom. Over the years, the fandom grew to accept that, while Collins was open to the idea of the romance, Ackles was supposedly against it.

Destiel comes to life before the Supernatural series finale

The SuperWhoLock fans dwindled down after the disastrous DashCon (an unofficial Tumblr convention that basically played out like the Fyre Fest of fan conventions), and the Supernatural fandom itself trickled off Tumblr, having moved on to newer platforms. Tumblr is still kicking it, but these days, those who remain look back on the SuperWhoLock days with a fond shake of the head.

The moment Destiel became canon, however, many fans who were around for the glory days a decade ago — and even those who never were engaged with the fandom, but were just exposed to it by being on the platform — raised their heads in sheer awe.

Even if the words “Destiel is canon” were not ridiculous enough to actually hear out loud after 12 years, there’s the fact that the scene itself just plays into what fans did not like about the pairing. People have pointed out how strained the love confession looked, especially on the part of Ackles — and how it was immediately nullified by Castiel’s supposed perma-death, which plays into the “Bury Your Gays” trope. For those who actually kept up with the series and seriously ship Destiel, it’s a hollow victory.

Seeing Destiel discourse on main again is a whirlwind back into 2012, gusts blowing SuperWhoLock back in at full force. It’s absolutely surreal to see play out, especially as a surreal United States election plays out in reality. Some are recreating copypastas of outlandish posts that once circulated Tumblr, while others are taking a moment to reflect on where the hell they were in 2012 and how much has changed since then.

Why some Destiel memes are also about Vladimir Putin

There’s actually a pretty simple reason as to why you might be seeing so many “Putin” mentions in Destiel posts circulating on your feed. Right as Destiel exploded, U.K. tabloid The Sun reported that Russian president Vladimir Putin might be stepping down. People tweeted about both these things at the same time — or responded to people’s reactions with “Destiel or Putin?” — and well, now the two are intrinsically linked. Hey, it’s 2020! Weirder things have happened.

(For the record, Putin’s alleged retirement has not been confirmed by any other source).