If you’re new to Secret Neighbor, welcome to an ever-growing and constantly updated multiplayer social horror game. Communicate and cooperate with other players to sneak into the creepy basement and learn your Neighbor’s dark secrets. The twist? Someone in your group is the Neighbor in disguise, so trust no one!

This Fall, as usual on Halloween, the Secret Neighbor is getting a major update that adds new features to the Xbox One version: the new Neighbor class add an extra layer of challenge in the game; a darker visual presentation and Halloween decorations deliver a spooky experience to the players, and gift customization for everyone who’s going to celebrate the anniversary with us. Alongside with that, the new major update contains a plenty of quality of life improvements as well as some new content for players to enjoy.

The new Neighbor moves in town, and now the Neighbor players have more choice on how to deal with the intruders. There are a few interesting details about the new class. The Butcher can hunt down other players by following their footsteps, and grab the players with his grappling hook. Apart from that, the new Neighbor class is able to fake the key marker and ambush other players from dark corners.

The next big update, to no-one’s surprise, is Halloween-themed. It’s not just the scary decor and pumpkins – we’re significantly changing the game’s visual presentation. The game is getting a bit darker, and the reasoning behind it is two-fold. Gameplay-wise, it would make a Neighbor’s life a bit easier, with his various traps and other shenanigans being harder to spot. Another reason is to take an advantage of the flashlights and play hide and seek in the dark.

We’re improving the performance a lot in the Halloween update to let you have the pleasant in-game experience across all Xbox One devices family. We’re also taking time to improve the balance in the game and fix some glitches that you’ve been reported to us.

The new update includes all three maps: The Neighbor case, Return of the Guest, and The Storm is Coming. And of course, no update is complete without new fun skins, and Halloween 2020 is no exception.

We’re treating our players to some additional free customization this Halloween because this is Secret Neighbor’s first birthday! We really appreciate you being with us this year, and want to give you something valuable. Every day, starting from October 26 through November 2, you will find a new free customization item in our store.

Whether you’re a new or experienced player, Secret Neighbor major update is sure to bring you goosebumps on this Halloween. Get ready! 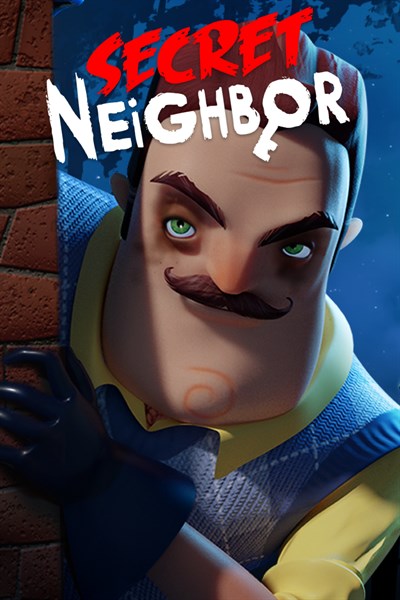 A group of kids are trying to break into their suspicious Neighbor’s basement to rescue their missing friend. Only problem is that one of the kids is a traitor – a Secret Neighbor in disguise. His job is to gain the trust of other players and betray them. Kids win if they get into the basement.

Playing as a child:

If you are lucky enough to play as Neighbor:

– The house is your territory! Use it to separate, scare and confuse intruders.
– Use your gadgets to get advantage over the kids’ team.
– Gain trust amongst your foes and attack in the right moment.
– Protect your basement!