Lupin III: The First director on why Miyazaki and anime purists may never embrace CG 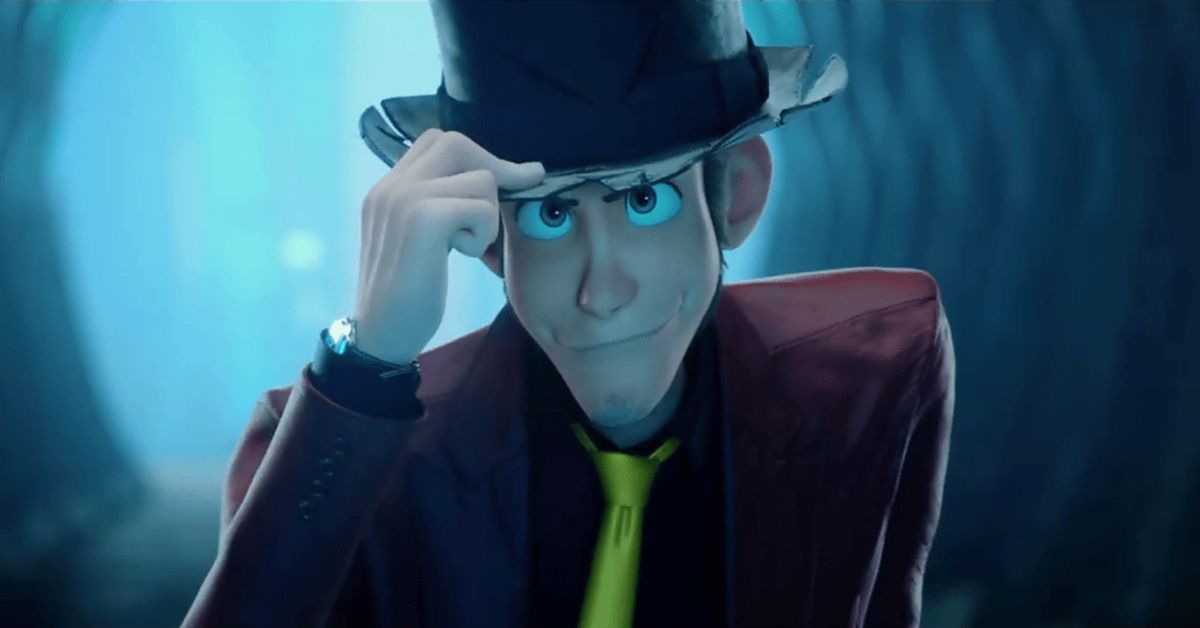 Takashi Yamazaki has the eyes, ears, and heart of a live-action filmmaker. But while his career took off with an actor-filled adaptation of the manga Always: Sunset on Third Street, in recent years, he’s turned to anime with films like Stand by Me Doraemon and Dragon Quest: Your Story to scratch a different itch. Like Steven Spielberg and Robert Zemeckis before him, animation — specifically high-production, 3D CGI that’s familiar to global audiences — unlocked his ability to do … well, pretty much anything. And when you want to make high-flying blockbusters, the option is hard to resist.

Yamazaki’s new film finds the director back in the CG lane, but with a character best known for his 2D cartoon antics. Lupin III: The First dimensionalizes the gentleman thief for the first time, and in a caper that owes everything from Raiders of the Lost Ark to the pinnacle of Lupin entertainment, Hayao Miyazaki’s Castle of Cagliostro.

Though according to the director, it’s not what Japanese audiences would necessarily expect from a movie, animated or otherwise.

In anticipation of a brief theatrical run, and the upcoming Blu-ray release, Polygon spoke to Yamazaki over Zoom to talk about how Lupin III: The First from most other anime films, and whether its blend of caricature and Pixar-like realism could woo someone like Miyazaki, a vocal challenger of computer graphics.

Why did you want to bring Lupin to 3D? What did the style offer you that couldn’t be done in 2D?

It’s really about the action. I wanted to do action that could be flashy with the 3D. I wanted a gorgeous, action-filled movie.

And Lupin is really a historical property, but it’s been such a long time since a Lupin movie was released, so I also really wanted to pull in new audiences.

I’m a big Hollywood fan. I would like to do stories where the characters can go around the world, like in a Hollywood movie. In Japan, it’s really hard to pull that off with the sets and the settings.

That’s something that I can’t do in live-action in Japan. But in animation, we could pull it off. That was something anime can can do.

The sequence where Lupin maneuvers through a laser chamber is a kind of playful action that Hollywood struggles to pull off, since they’re mostly stuck making live-action films. What was the thinking behind that scene?

I wanted to do something that was very Lupin-like. In the 2D movies and series, Lupin breaks all the rules in how he moves in all the action. That’s something CG can also do.

I was really conscious about doing a Lupin live-action in CG form. When you try to do it in live-action, it looks a little fake. I wanted to just break all the rules in animation.

Lupin pays homage to older films and series, but also has strong ties to Spielberg action movies. Spielberg tried to make a CG action movie, too, but for Tintin, he used motion-capture technology. Is that style of animation prominent in Japan? Did you consider using it here?

This is my opinion only, but I think with movies that use caricatured characters, it’s not really interesting when you use mo-cap. This is strictly my opinion, but I don’t think I’ve ever seen a mo-cap anime film that was interesting.

People’s hands have to get into it, whether it’s hand-drawn or personally working on the CG. I think like motion capture is really good for live action, to create new characters, but I don’t think it’s suited for anime.

I personally don’t think there was any mo-cap anime that was fun to watch, other than Avatar.

How much reverence do you have for Hayao Miyazaki’s Lupin movie Castle of Cagliostro? Does the film have a strong influence over audiences’ understanding of what Lupin should be?

I really like Cagliostro, so when I got the job to do this movie, because that that film is so popular, not only in Japan, but around the world, I tried to avoid it and run away from being similar or inspired by it. But in the end, I just couldn’t avoid it.

I like it so much! I couldn’t just run away from it. I decided, “You know what, I’m going to show how much I live for it, how much I like it.” And so I have a lot of homages scattered throughout the movie.

Especially the last scene, it’s really moving toward the ending, a similar sequence, to Cagliostro. I just wanted to show my love.

Miyazaki has been a vocal opponent to computer animation. Is that a common stance in Japan? Do you hope Lupin III: The First could change people’s minds?

I don’t think so. I think a lot of people think hand-drawn animation and CG animation are similar, because they’re both categorized under the name “animation,” but CG is more like live action, because the animators are sort of acting, and then if I want to change something, it can be easily changed. “Oh, can you change the expression here a little bit?” “Can you get this part a little stronger?” But if it’s 2D, it’s not really like that. In hand-drawn, if I wanted to make little fixes, it’s a lot of work.

I saw the long documentary about Miyazaki, and I saw the energy, or really, the driving spirit toward drawing, and I really don’t think his opinion about CG could change that easily. I really think that people like Miyazaki, those who grew up giving their life to hand-drawn animation … it’s just a different genre, it’s a different culture. And they’re probably thinking, “Oh, those CG guys, they have it’s so easy, they can change things so easily!”

I want to add one thing: Miyazaki did make a CG short for the [Ghibli] museum. He got a bunch of CG animators to work on it. And they when they worked on it, they showed him, and he was like, “No, this isn’t it. This is not what I want.” So I I really think, for Miyazaki, animation means something moving from one shot to one shot.

So even if it’s just a caterpillar facing this way, he really has to focus on each shot, each cut, slowly moving, facing this certain way.

So I think in the end, Miyazaki had to draw each scene one by one, and then the CG was applied to that one shot. The concept of what they think animation is, that’s so different.