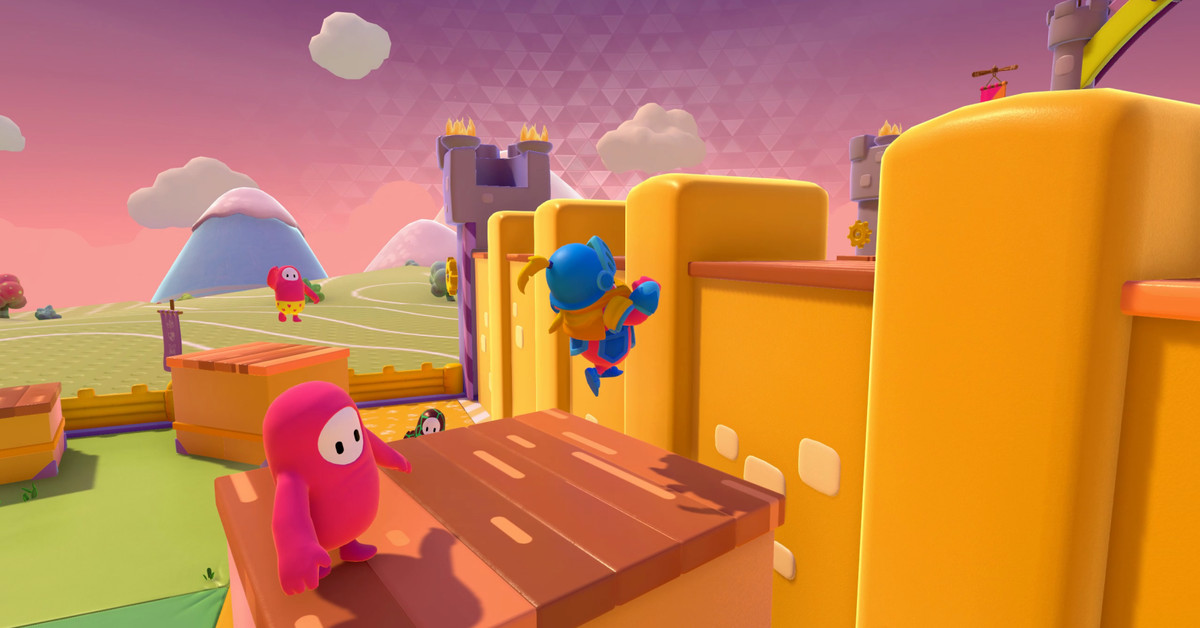 Fall Guys season 2 added new maps to the game, with new challenges! That’s good. One of those maps is Wall Guys. That’s bad. Wall Guys is an absolute nightmare, with some of the most frustrating and infuriating moments the game has offered yet. That doesn’t mean it’s an objectively bad map; some people will delight in this level of chaos and bean collisions. But it’s a hotly contested topic, and the map is already becoming infamous among Fall Guys fans.

Wall Guys is a gauntlet map, which means it’s meant to be a silly race in the vein of Dizzy Heights or Whirlygig. The players are faced with a series of tall walls they cannot jump over, but they can grab a series of crates to build a makeshift set of stairs to climb out. Of course, since no one can communicate and everyone is competing with each other, there’s lots of shoving the boxes out from people, trampling, and other Fall Guys staples. There are also neat moments where players can out-platform the rest.

The map has only been available for a couple of days, and players are already calling out Wall Guys on social media.

Y’all this new scale the wall level on Fall Guys….

The new stuff in Fall Guys S2 is a lotta fun…..except for Wall Guys. Worst game for free. Ledge grabbing just doesn’t work consistently enough for it to be fun and it happens too late in the game. The new obstacle course mad fun tho!

So why does Wall Guys get so irritating? Most of the well-liked maps, such Hit Parade and Slimb Climb, are gauntlets with some element of luck. Everyone has experienced getting hit by a stray pendulum and rocketing sideways into a pool of slime, or being nailed by a spinning fan repeatedly as you struggle toward the goal. But Wall Guys sprints right past that into being a massacre.

Although it’s a good-sized map, everyone is crowded into a tight space around the crates. You have to climb a lot, a mechanic that has been somewhat underutilized in maps so far. Plus, anytime a bean jostles you, you go falling. Many players are still trying to figure how to climb, only to be sent hurtling off a crate. The map also ends when a certain number of people qualify, but since there’s so much chaos in trying to push and climb, that can take minutes. In a game like Fall Guys, that’s a long time.

It’s like a more intense version of the frustrations people have for the See Saw level. That one also leaves you at other players’ mercy; the masses can greatly change the stage with their simple presence on one end of a seesaw.

Making matters worse is that at least some of the Wall Guys problems are technical. Players on social media have reported the grab and climb functions occasionally not working. That means it’s hard to tell how much of the antics on this map are intentional design, and how many result from a bug or a connection issue.

There’s still plenty of time for things to change during this medieval-themed season. Before now, we saw the addition of lots of game-changers like map mutations and Big Yeetus over the course of season 1. Mediatonic also introduced new maps like Knight Fever, which is a very good gauntlet match, and a castle-themed take on Egg Scramble.