How Club Penguin Came Back As a Horrifying Blood Sport 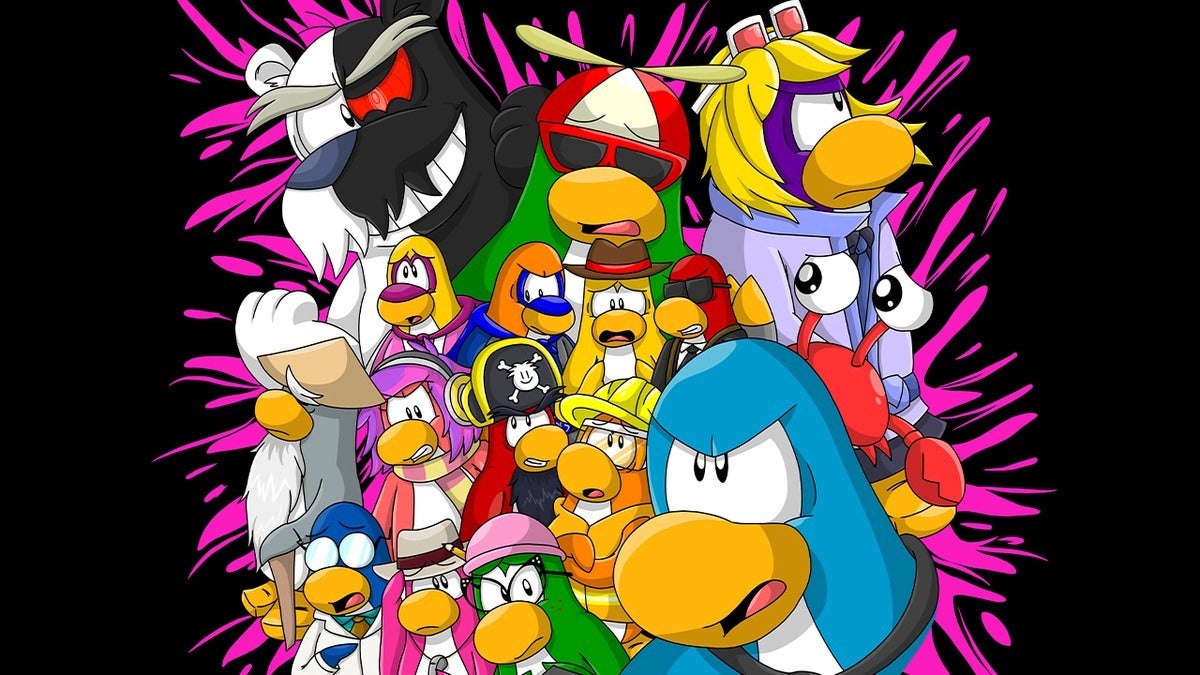 Club Penguin was an idyllic place to waste your time. It was always either a gorgeous sunny day or a brisk cloudless night. Snowcap mountains towered over the distant horizon, bright yuletide storefronts lined the streets, and players found a nation of cheerful, polychrome penguins greeting them at every corner. They logged on to chill in gaudy igloo manors before scampering off with friends to play a variety of simple, Flash-based mini-games. Club Penguin was free-to-play and available on even the most primitive PC specs. You could do a lot worse on a Tuesday afternoon.

Every month, the developers threw a dance party in the central square; it didn’t matter if it was Halloween, Christmas, or that listless part of April — there was always something worth celebrating in this dimension. Disney famously enforced stringent child-safety regimens on Club Penguin after acquiring it in 2007, and that gave the MMO a unique tension-free ambiance. There was no looming threat imperiling this world; no monsters to hunt, or invaders to push back. The game was designed purely as a place for children to hang out after school, and it stayed that way until March 30, 2017, when after 12 years the servers finally went dead.

There have been dozens of different fan tributes to Club Penguin since the game was discontinued. Most of them settle on a feeling of displaced nostalgia; young people yearning for a time when they were even younger and life was much simpler. But Tofu, and Penguinronpa, stand out from the crowd by their sheer chaotic chutzpah. As you might glean from its name, Tofu’s visual novel is a thematic mashup of both Club Penguin and the Danganronpa franchise. If you’re unfamiliar with Danganronpa, think of it as a cross between Battle Royale and Persona — a gripping, dread-sick adventure-serial where effete high schoolers are forced to murder each other to curry favor with a possessed chibi teddy bear. Adapting that narrative to a free-to-play Disney MMO, full of cheerful talking penguins belly-sliding down arctic glaciers, requires a significant shift in tone. And yet, Tofu is already on the fourth chapter – and the fate of these good penguins hangs in the balance.

“I’ve always loved writing and drawing, so it was only a matter of time before I got the urge to make my own [visual novel,]” they say. “I settled on Club Penguin pretty quickly, especially after realizing I could have the story take place on the actual island from the game.”

Tofu tells me that they were inspired by a number of fan-made visual novel mashups that translate the “Ronpa” format into some other ill-fitting universes. They have a profound fondness for “LazyRonpa,” which takes the candyland denizens of the Nickelodeon children’s show LazyTown, and injects them into a dark, eldritch murdersport. (As an outsider, it is frankly mind-blowing to see Stephanie, the pink-haired preteen protagonist of LazyTown, occupying panels where she is brutally cross-examining her fellow murder witnesses)

Like LazyRonpa, Penguinronpa is told through an Instagram grid, which is surprisingly adept at replicating the visual novel experience. Dedicated new readers will need to scroll to the bottom and start from the beginning to catch up, (though Tofu has also uploaded the chapters to YouTube,) but casual passersby will at least enjoy the spectacle of a quick skim. Personally, I’m not sure if I will ever take in Penguinronpa in its full scope, but I love that the comments section — this bizarre slipstream of hardcore Ronpa and Penguin fans — is hanging on Tofu’s every word and always emotionally preparing for the next twist. “Red is acting kinda sus,” writes one fan in a recent nervy panel. “Hell yeah Dot! That’s why you’re best girl!” adds another.

Tofu understands their willingness to participate in this hilarious, ridiculous, bizarre mutation of the core Penguin tenets, because Tofu is of that kin. They tell me that Club Penguin was their favorite game growing up. When Disney brought down the servers, Tofu cut a makeshift penguin out of construction paper, taped it to their shirt, and walked around their high school as if they were mourning a death in the family. “The shut down hit me a lot harder than I expected it to. This was a major piece of my childhood for several years, and to have it taken away just seemed kinda surreal,” says Tofu, adding that, as a kid with a few social anxiety hangups, the island was one of the few places they could “be whoever you want to be.”

Tofu started drawing Penguinronpa as a joke. It was something to pass the time; an audacious meme for a thirsty community. But during that initial process, as they were charting the character arcs and dreaming up new lore for this long-discarded island, they found themselves falling in love with Club Penguin all over again. The snowball fights, the pizza parties, and the fervid pacts of friendship established on the icy banks of the island came rushing back – a reminder of the sweetness of those hot July nights in front of your parent’s computer when it felt like summer break was never going to end. Club Penguin is likely never going to return, but people like Tofu are making sure that its spirit will never die — even as the penguins are forced to kill each other in a frigid armageddon.

“The future of Club Penguin depends entirely on the people who still enjoy it,” finishes Tofu. “One of the most iconic phrases from Club Penguin was ‘Waddle on,’ and, well, that’s exactly what the community is doing. Club Penguin may be gone, but we’re never going to stop waddling. I certainly won’t.”