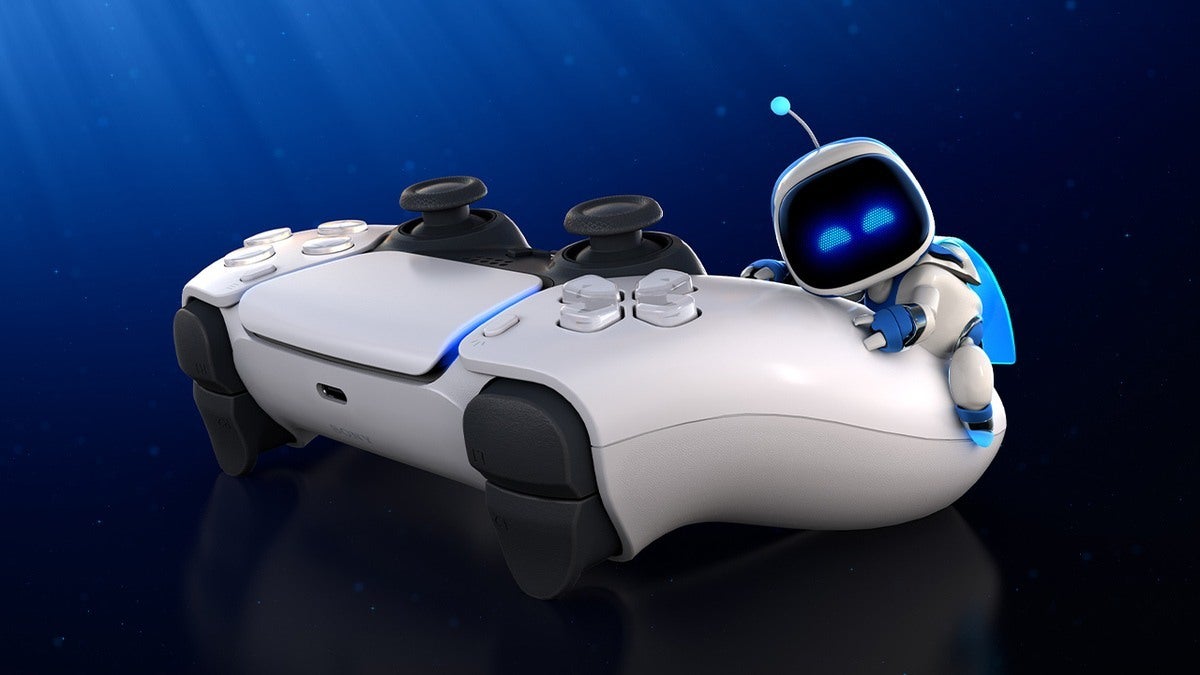 One of the most exciting unknowns about the PlayStation 5 is how its next-gen system introduces a surprising revamp of PlayStation’s long-standing controller. The DualSense’s advanced haptics and adaptive triggers are meant to better immerse players in the games the next generation will deliver, but it’s still a question of whether its added tech is a launch gimmick or a more lasting change.Thankfully, Astro’s Playroom is a free pack-in launch game for PS5 meant to showcase what the DualSense can do. And my time with it – I was allowed to preview the Cooling Springs level – certainly hinted at some of the potential for what the new controller can deliver in a surprisingly Nintendo-like way, while also being a joyful PlayStation homage and a fun platformer in its own right.

Developed by Team Asobi, the same team behind one of my favorite platformers of the generation and PSVR hall of famer Astro Bot: Rescue Mission, Playroom carries over the basics from Astro Bot’s last outing. The little robot has a punch, a charged up tornado spin attack, a jump, and an elongated hover. But otherwise, Asobi shines in building playgrounds to showcase all the little tricks and gadgets newly on offer.

Vaguely set in the cooling fan of the PS5, Cooling Springs first throws you into a beachfront area, replete with other bots swimming, learning to surf, and soaking in the rays from inside your PS5. Logic aside — and who am I kidding, I find it hilarious that in this game’s lore there’s a hidden beach tucked away inside the admittedly huge PlayStation 5 — it’s a nice area to get your sea legs as you smash crates for coins, collect puzzle pieces, and observe the many bots.

One aspect that’s immediately noticeable is the specific area you land in. After starting the level and a short slide later, your Astro is thrown into the water, and the DualSense starts to give off a vague, wavy rumble. There’s a lightness to it, with the pressure of a current of water there one second and then washing over and gone the next. The controller isn’t suddenly submerged in water, but the sense of buoyancy, of pushing lightly through a relatively calm body of water translates through the DualSense.

It’s odd but satisfying, as I step onto the sandy shore and have a much smoother time running around, until I have to push my way through a sandstorm coming from the building/fan set just a little into the beach. A force of rumble, all continuously pushing from the top of the DualSense to the bottom tests my bot’s endurance. And I find myself actually gripping the controller a bit tighter to make sure he ends up on the other side of the storm.

And once he does, I enter the second of four interconnected stages for this one world, none of which are hidden behind loading screens or walkways. Here, I don the costume of a bouncing frog, with a mechanical spring connecting its body to a single foot on the ground. This portion of the world plays in 2D, as I can only move my rib-bot (I’m sorry) from side to side by holding down on either L2 or R2 and releasing for a spring-loaded leap. If I hold down just a bit, it performs a tiny hop, while pushing past a little resistance leads to a much more forceful leap. And the direction of my jump is all controlled by which direction I tilt the controller, so I can switch directions mid-flight if I miss a coin.

And here, the DualSense tricks my head into thinking I can sense the spring now attached to my bot. While stationery, I can move the DualSense from side to side, and a light crinkle sensation runs through the controller. It’s as if I smushed a slinky together and twisted it so that the coils brush against each other. Adding to the effect is the light, mechanical tinks and clinks emitting from the DualSense’s speaker. It’s a holdover feature from the PS4’s DualShock 4, which, admittedly, wasn’t used to great effect often. But by combining the two sensations, it creates a much more palpable effect. There’s a spring-loaded toy on screen and in my hands as I play, and it’s delightful.

Cooling Springs continues on for another two sections, one that throws in icy surfaces to skate across in 3D and another 2D springy section with trickier timing than before. The ice is one of the big standouts. If I slowly walk across, I can hear and sense each tap on the ice, while skating across it offers a faint, thin, constant rumble that goes on like a held note in a song.

None of these moments where the DualSense comes into play, in both big and small ways, feel like they’re necessarily essential to the act of beating the level. I could probably just as easily make any jump or get through any barrage of enemies using a DualShock 4, which I can’t test since PS4 controllers don’t work with PS5 games. But just because they aren’t necessary to win – which may be a benefit to those worrying that next-gen will force games to dramatically change how they control — doesn’t mean each implementation wasn’t a delight. Team Asobi brought a sense of charm and wonder to 3D platforming in VR with Rescue Mission, a game that theoretically could have been played outside of VR but would have lost much of what made its level click. And here they’re doing the same with the DualSense.

All the added functions are complementary and additive to the level, and it’s certainly a delightful one to experience as my first hands-on with the PS5 and its new controller. The jump of the frog suit could be done with a basic trigger, but it’s so satisfying to click through the pushback and charge up a jump. Rather than just different levels of rumble that would have accompanied sand storms, swimming, and ice skating, the varied uses of the haptics felt distinct and specific to each terrain.

Cooling Springs, like all of Astro’s Playroom, is essentially a virtualized, exaggerated tour of your PS5. But it’s also a love letter to PlayStation and its history. Without spoiling too much of anything, level treasures offer nods to the console’s history, as do a plentiful amount of Easter eggs hidden throughout each level. Suffice to say, some of these bots are doing some hilarious cosplay, and it’s worth taking a look in every corner of each level so as not to miss any of the fun.Thankfully the level’s beautiful too. While Astro, even in this new generation, is not a series designed to offer the most detailed environments around, its combination of bright colors, angled or distinct geometry, and sleek tech theming look beautiful on PS5. The malleability of a robot utopia inside our consoles flows from beaches to spa springs to icy tundras without skipping a beat, and it’s such a beauty to see Astro’s world come to life this way rather than in the dim visor of a VR headset.

The joy this level, which took about 30 minutes or so to complete, brought me reminded me quite a bit of the ways Nintendo often best shows off its new hardware, which in recent generations has had some new tech in it. From the apex of these examples in Wii Sports (another pack-in), to the very DualSense-like HD Rumble of 1-2 Switch, Nintendo often starts at a good place with its new ideas, even if they become less essential as the generation goes on.

It is far too soon to say if the DualSense’s added functionality will go the same way as HD Rumble, or perhaps more aptly the PS3’s SixAxis, but Astro’s Playroom makes a solid argument that it is tech that deserves to be explored and, in the right hands, leads to some pretty surprising depth in yours. I don’t think the tech is the generation’s gamechanger, and certainly should devs ignore or minimize its use, we’ll likely see traditional controls win out yet again. Cooling Springs, one of four worlds in Astro’s Playroom, feels like just dipping a toe into the potential waters for what the DualSense can do. And it has me excitedly ready to dive in to see what else is in store.

Jonathon Dornbush is IGN’s Senior News Editor, host of Podcast Beyond!, and PlayStation lead. Talk to him on Twitter @jmdornbush.