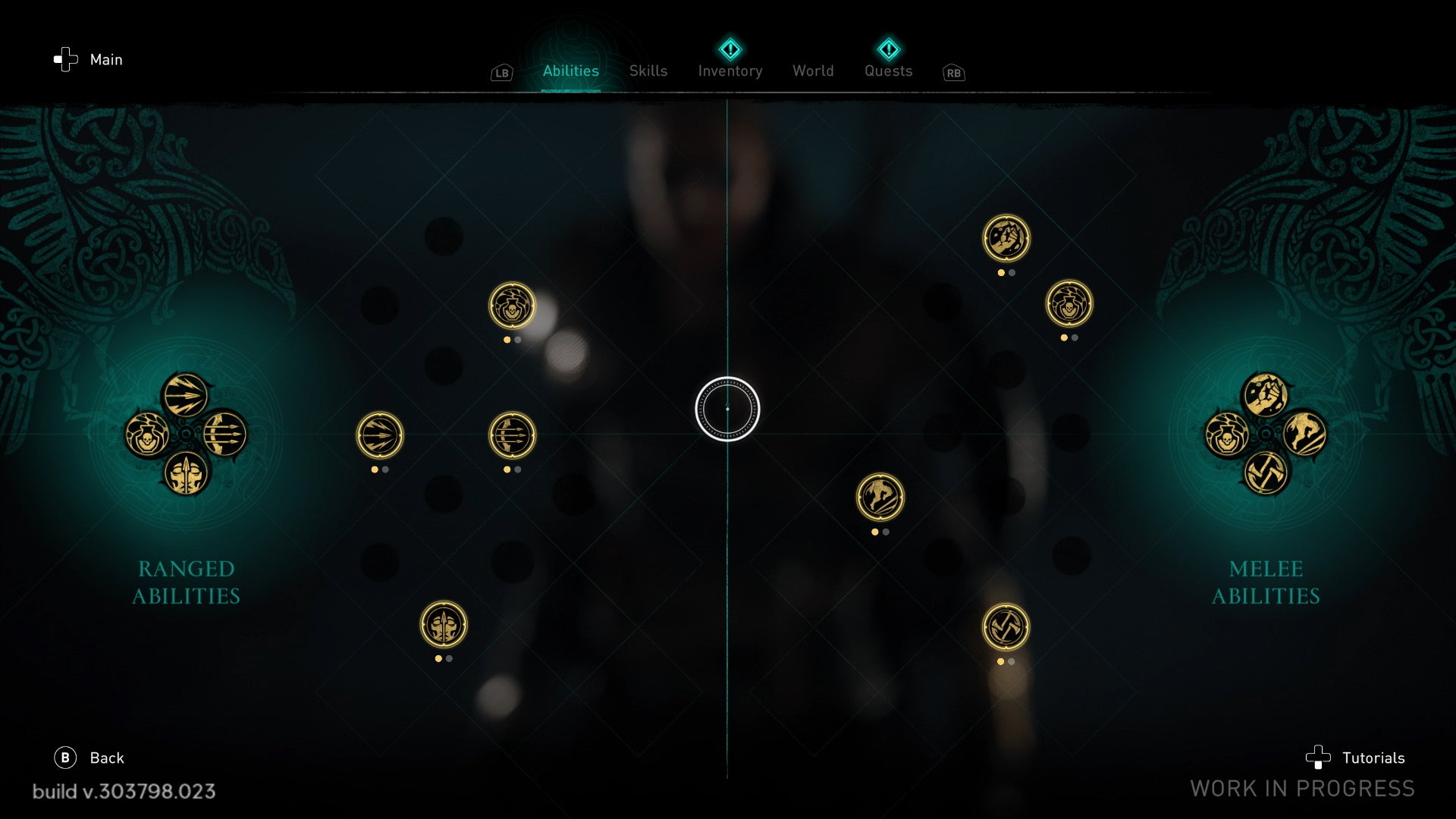 Instead, Eivor must locate Books of Knowledge hidden across the land. These books contains the wisdom to learn new abilities – both melee and ranged – that can then be equipped and use on your hotbar much as they were utilized in Assassin’s Creed Odyssey.
Each Ability has two tiers – discovering the first Book of Knowledge for that ability will unlock it for use, while the second Book of Knowledge will increase its capabilities beyond its base version. Only 4 of each type of ability can be equipped at once, so find and upgrade abilities that suit your playstyle to make use of.
Below you will find information on all known abilities, where to find the books, and what the abilities can do.

“Applies a poisonous concoction to the tip of your arrow.”

advertisement
“Hold RT to mark sighted enemies. Release to let fly a deadly volley of arrows.”
Use Odin’s Sight to find the enemy with the Meldebune Door Key. Use the key to enter the tower at the center of the monastery and find the book inside.

“An arrow marked with the Sventhorn symbol puts targets to sleep almost instantly.”
This ability book is located south of the Nottfall camp you raid early on in the story, and you can find this book below a central tower in an enemy camp by climbing in through the top.

“Shoot an arrow with enough force to pierce through nearly any obstacle. Rank 2 – Multiply damage for each enemy the arrow passes through.”
When searching for Lady Aethelswith, enter the castle into a larger tower to find guards surrounding the book on the way down to the queen.

“Use your raven, Synin, to briefly distract your enemies”
In a restricted cave entrance down the long slope, through a crevice past the armor location. Can also be accessed from Tonna’s house through a trap door, or using a key found in the longhouse.

Focus of the Nornir

“Use the power of the Nornir to aim and shoot your enemies with fateful speed”
In the crypt where King Burdred goes to hide in during the quest Tilting the Balance, search the first crypt hall for a small crevice on the right side to slip through to find the book.

“Sic your wolf on an enemy”

Inside the Eastern Church. It’s the same church you assassinate the priest during the “Unholy Father” quest. The book is behind the altar.

Dive of the Valkyries

“Launch yourself into the air and come crashing down onto your enemies.”
Raid the monastery that you encounter during Soma’s Story, and look along the river for a secret cave entrance leading up into a tomb below the main monastery where the book is kept.

“Hold RT to rush continuously. While rushing, make contact with any enemy to grab and pick them up. Throw enemies you’ve grabbed off ledges or slam them into walls for extra damage.”
In a locked building at the top of the fort. Find and kill the Marksman who carries the key to gain entry.

“Hurl throwing axes at all enemies in range.”
Look for a cave at the site of your first raid against Kotjve’s forces, and climb over the locked door.

“Impale an enemy with your harpoon and throw them in any direction. Enemies who strike objects or other enemies will suffer massive damage”
Located in a sewer entrance via a hole in the ground at one of the ruined sites. Go down the ladder and use the passage through the right. Smash the wood at the end of the room and go through the opening.
Swim to the other side and use the oil jar to destroy the wall. After getting the book, move the shelf to exit through the hole in the wall.

“Enter a fit of rage and slam your enemy to the ground, leaving them helpless in the face of a barrage of hits.”
Beyond the north side of the fort you destroy early in the main story, climb up the large towering waterfall to find a cave behind it, and smash the ice wall to find the book.

Tyler Perry’s PCAs Speech Is a Poignant Reminder: “You Are Worthy of Getting to Your Goal” Bethesda has announced the complete details on the Spooky Scorched-filled event after previewing the arrival of Fallout 76’s Halloween update. Following maintenance, the update is now live, including new opponent variations and goodies for players to hunt for until the event concludes in November. A set of patch notes provided accompanying the update outlined exactly what had changed so that players did not miss anything.

The new Spooky Scorched opponents are the highlight of the release, as previously teased. These are always legendary adversaries of variable rarity, which means that defeating them will always yield something useful.

The following are the complete patch notes for the Halloween update, which became available in Fallout 76 on Tuesday: