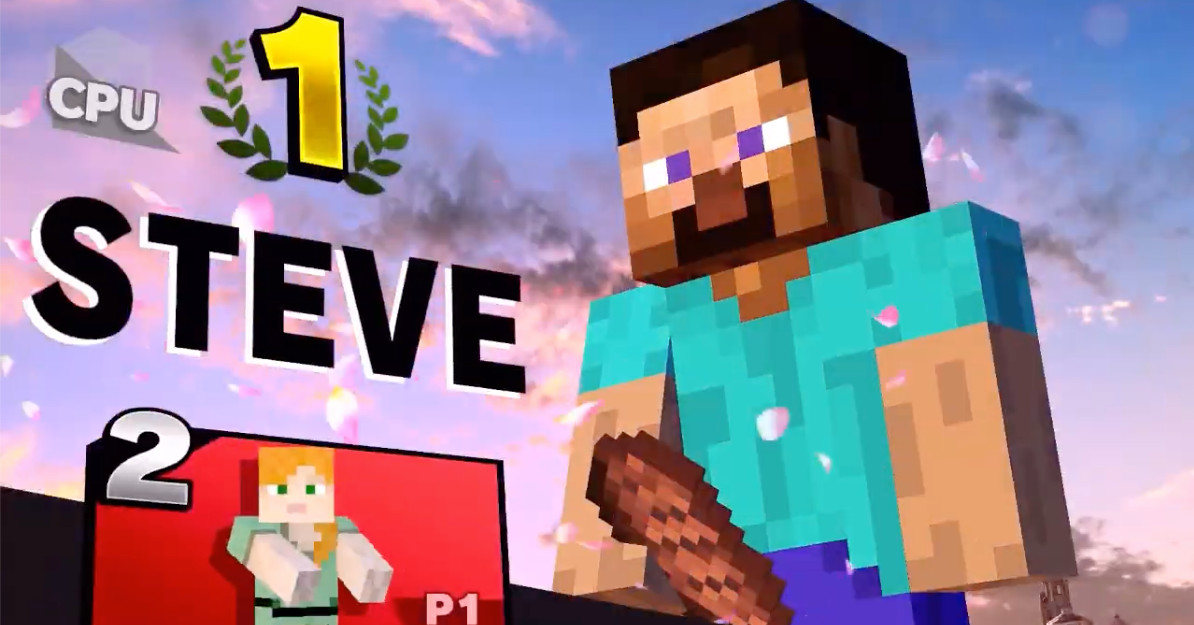 Minecraft protagonist Steve joined Super Smash Bros. Ultimate’s roster with a patch on Tuesday. Smash Bros. fans on social media have noticed he’s been endowed with a victory pose that is … happy to see you, let’s say.

At least, that’s what all you filthy horndog perverts with your gutter minds might choose to see. Steve’s victory screen, one of four, is actually 100% innocent, this is only a very deliberate framegrab meant to make Steve seem, er, Randy. Here’s the whole thing:

Only in, like, the last six hundredths of a second does it look like Steve is going all C-3PO on us. (This is even weirder when you consider the animation starts with him chowing down on what appears to be, um, cooked beef.)

Here, we’ll help you understand this better by going through it in unnecessary detail like it’s the Zapruder film or something.

Only when the bottom part of the key graphic starts, ahem, rising does this give you a reason to snicker.

And now the rest of the sequence, frame-by-frame.

In case you were worried about the team poses, relax. Those are all impervious to even the most filthy-minded reach we could come up with.

Still, we’ve reached out to a Nintendo rep to ask if they’re gonna change anything. We’ll update if they dignify this with a response.