Why Pokemon Go is the best mobile game ever

Pokemon Go is one the most successful mobile games, but it deserves a great deal of respect away from the mobile gaming sphere also. Thanks to its augmented reality feature, gamers around the world have been gripped by what is an innovative release. Players are attending community events, taking part in a variety of Pokemon-themed Cups, and playing their part in helping the Pokemon Go community grow stronger.

Pokemon Go isn’t the only successful release to come to the fore in recent times, but there is no doubting the overall impact it has had on mobile gaming as a whole. The game even became the fastest mobile title to earn $100 million when it was first released back in 2016. Of course, other popular games, like Among Us, Candy Crush Saga and titles like Bouncy Balls and some of Eyecon’s other casino games, have registered success also, but none of them has created a dedicated and loyal community of gamers like Pokemon Go has. The game has helped create YouTubers who specifically spend their time playing it on a daily basis, it has enabled online communities to debate new Pokemon and share tips, and it has even been played by celebrities like Tyra Banks and John Mayer. Put simply, the game’s developers, Niantic, have absolutely nailed it.

With Pokemon Go still pulling in large numbers and being one of the go-to games for many mobile gamers in 2022, there is a strong argument to suggest that it is the most impactful smartphone gaming release ever. In fact, when assessing the game’s all-round offering, it’s potentially the best mobile game ever made. Here’s why below.

First and foremost, Pokemon Go’s augmented reality feature is unrivalled. Augmented reality titles have come and gone since, much like Harry Potter: Wizards Unite, but Pokemon Go has remained the same and continued to thrive. The game is truly amazing when you really think about it, with players able to immerse themselves in nature as they embark on a variety of Pokemon-themed adventures. You can take down gyms in your local area, trade Pokemon with friends, fill up your Pokedex with a solid hunting session in a local park, and even hatch eggs while on the bus. No other mobile games provide such a unique gaming package overall. Players have to get out and about instead of sitting on a sofa and staying indoors. Of course, not everyone wants to brave the elements when playing a game, but there is no doubting that there is nothing quite like Pokemon Go. The fact that the game can be enjoyed on a miniature smartphone device makes it even more impressive.

You can actually get fit playing it 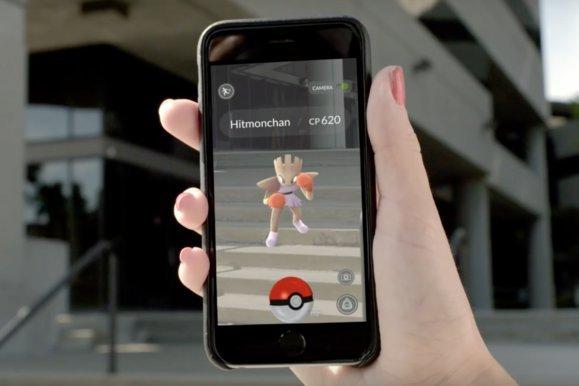 In the modern world, playing too many games and essentially feeding a sedentary lifestyle is a concern for many. On the whole, people need to exercise and be more active in their daily lives. With this in mind, most mobile games don’t combat the issue. Pokemon Go, on the other hand, can only be played while out and about, encouraging physical activity in the process and bucking the trend when compared to other gaming products. People can walk large distances in an attempt to hatch eggs or take down a selection of gyms while also having to hunt specific areas to find a desired Pokemon.

Another reason why Pokemon Go is such an incredible game is because of its social aspect. For introverts, for example, the game involves people having to go outside and potentially meet like-minded players in the process. Other games don’t offer that.