Star Wars: Tales from the Galaxy’s Edge Coming to Oculus Quest in November 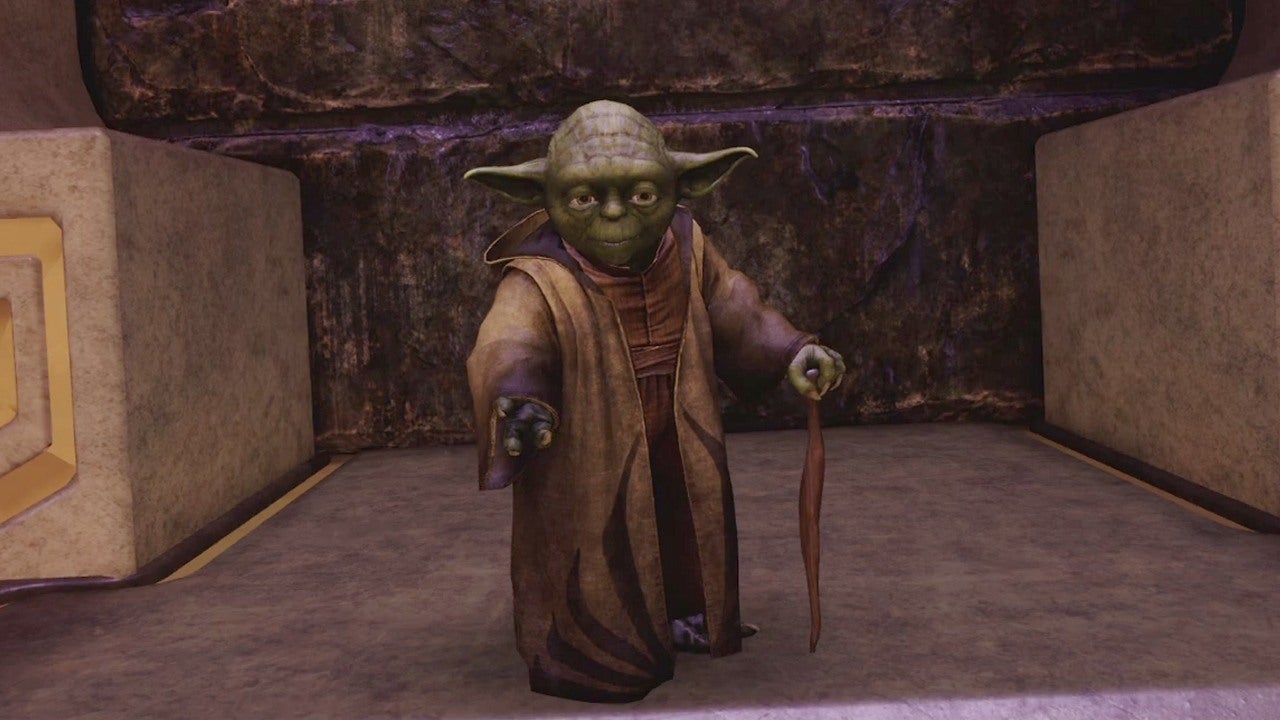 Star Wars: Tales from the Galaxy’s Edge will arrive exclusively for Oculus Quest on November 19, and a new trailer has shown us what we’ll be doing in the VR game.

Revealed on the Star Wars website, the VR experience will have players meet C-3PO, R2-D2 and a Frank Oz-voiced Yoda, and is described as “a whole new way to explore the world of Star Wars: Galaxy’s Edge at Disneyland Resort and Walt Disney World Resort, and discover what exactly happens past the boundaries of Black Spire Outpost.”

Director Jose Perez III explains that the game will be anthological, and take place across multiple eras of the Star Wars canon.

Part I of that story will involve you playing a Droid Repair Technician, visiting the cantina, performing repairs, and getting into blaster fights. Other parts are more secretive, but we know Yoda will appear in a standalone Tale, and that we’ll be getting to grips with lightsabers at a Jedi Temple.

Perez adds that the idea is to offer experiences different to those you’d get by visiting the real-life Galaxy’s Edge attraction, “like building a lightsaber or going to Oga’s Cantina. We’re trying to build out stories that are on the outskirts, that bleed in and expand that world. For me, it’s really exciting to hang out in Seezelslak’s Cantina and look out the window, see the Falcon, and know that I’m going to be able to go back there at some point, but right now I’ve got another job to do.”

First announced in May, the new game comes from the same studio that created the Vader Immortal VR series. We thought that series did “a fine job of letting you bask in Star Wars surroundings and the impressive presence of Darth Vader himself,” even though it did end with a “dull thud.”