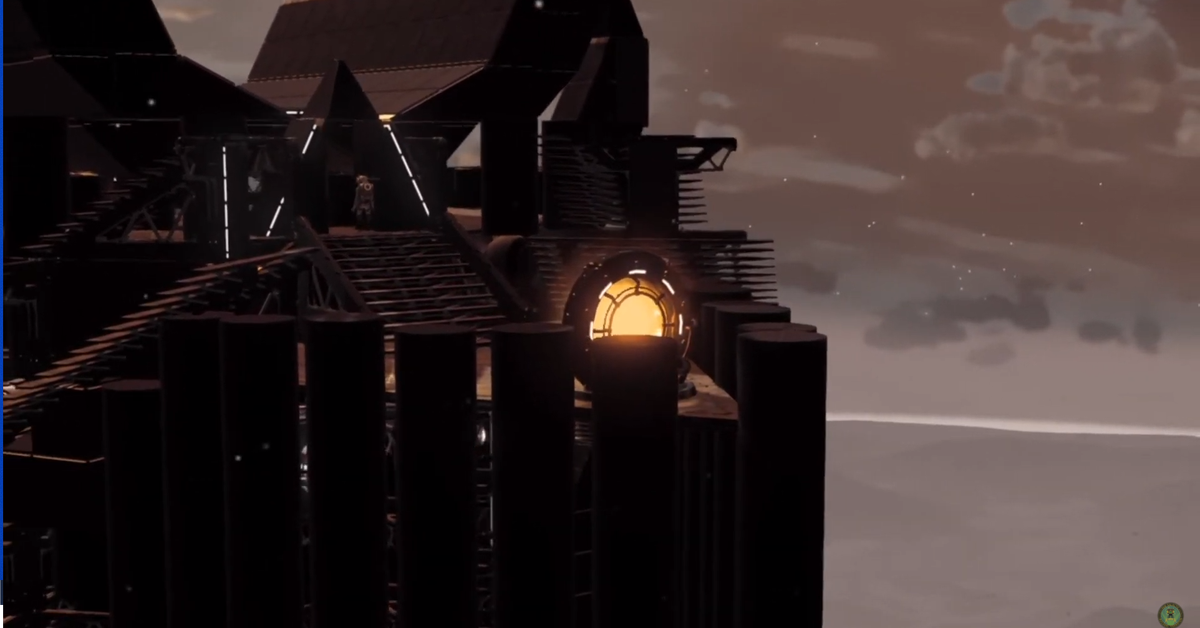 Six master builders assembled on a new, undiscovered world. Each architect had their own style, but for now, they were united in one goal: to transform a planet in No Man’s Sky into a wonder.

This barren world, marked by high, dark spires and uninhabitable stone, was sculpted into six gorgeous spires, each expressing its architect’s vision.

One re-created Mordor, the domain of Lord of the Rings baddy Sauron. Others created futuristic skyscrapers, or sci-fi pillars of glass and stone.

Lava and volcanoes are a dangerous new feature in No Man’s Sky that came with the Origins update, which overhauled how the game generates planets. Some planets are covered with active volcanoes, and others were shaped by them in the past.

Obviously, lava does damage and removes environmental protections; you don’t want to take a bath in the stuff.

The terrain is also difficult to navigate in general; rocky volcanoes can block the path of even the most dedicated adventurer with the biggest jetpack.

Players have to find — or carve — paths through this terrain. Volcanoes are also a dominant feature of hell worlds, which sport several kinds of extreme weather at once.

The builders of this digital Mordor, who go by the handles NirwanaSAO, ERburroughs, JCHysteria, Chongsparks, Drizzleditch, and Telepath, prepped and tested their design ideas for about an hour before fully diving in.

Then, they spent three days painstakingly placing the pieces collectively, one by one, to create the final project, which you can see in the video below.

By all rights, lava planets shouldn’t be somewhere you’d want to settle down. But there’s one thing that cancels out all of these negative qualities — lava planets look amazing.

Check out this sick race course, which looks especially rad with a background of red-hot magma.

Or, if your tastes are a little less wholesome and more insidious, why not build an old-school villain lair over a volcano? These have gone out of style in recent years, but I truly believe we’re due for a resurgence.

Ironically, while some players are fleeing their homeworlds to find more beautiful, safe places to settle down, others are looking for the most dangerous hellscape possible to do motorcycle tricks on.

Some players are taking the opportunity to make gags or homages with their new planets.

There are still some secrets for players to uncover, and they’re diligently trying to figure out how to best find a volcano planet or hell world. Other questions include if it’s possible to predict an eruption, and why some planets have lava in fun colors like blue or pink.

The best part of the Origins update, for some players, is that it expands the amount of creativity possible. Artists have more backdrops to work with, and that drives interest in the game.

In turn, that brings support to creative building collectives like the one behind No Man’s Sky’s fan-made Mordor. These groups share their projects and bring on new, interested members.

“There are plenty of games but none compare in support and friendship to the NMS community,” NirwanaSAO wrote during our conversation on Reddit. “With our support and shared techniques, building together has evolved to new extremes over the years.”