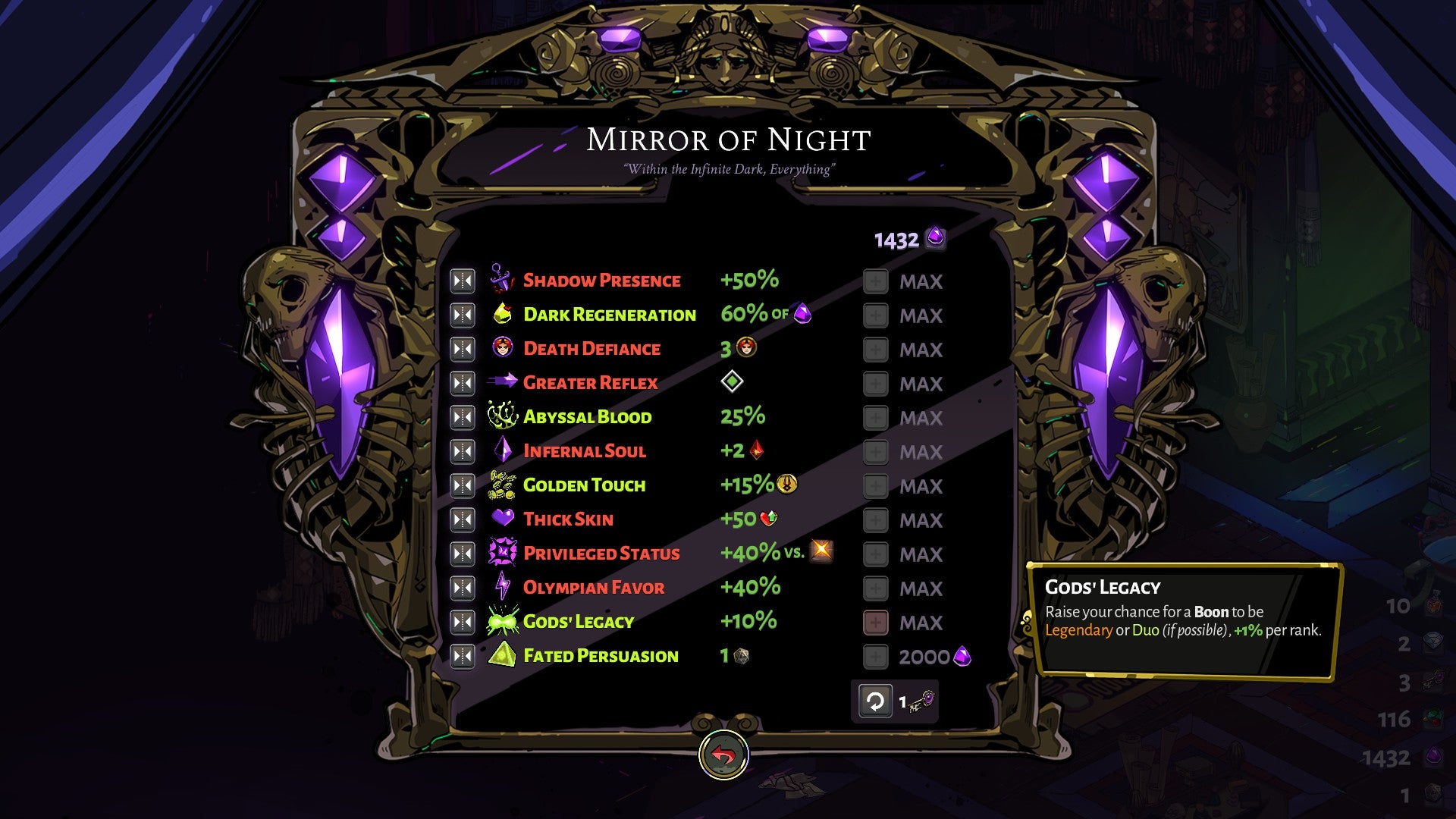 Share
Facebook Twitter LinkedIn Pinterest Email
Hades is all about becoming more powerful as you battle your way outside the underworld, and there’s many ways in which Zagreus receives help to achieve such task.

Boons, almighty abilities gifted by the Gods themselves, are one of the main tools used in your escape attempts.

Boons come in different rarities, and depending on the Keepsakes that you’re using, as well as your Mirror of Night upgrades, you’ll have more chances of seeing better ones during your runs earlier than later.

Legendary Boons, however, are super rare, but this guide covers how to find them more frequently.

How to Unlock More Upgrades

The Mirror of Night holds many upgrades for Zagreus, which require both Darkness and Keys to unlock them. These grants all sorts of buffs, and the more you play, the more you will begin to experiment with them depending on your runs and, of course, playstyle.
Once you have completed the first list (just unlocked all the upgrades, it’s not necessary to have spent Darkness in all of them), and with a significant sum of keys, you’ll be able to unlock a variant that includes many other abilities.

The one you’ll be looking for is Gods’ Legacy, which can be upgraded up to 10% (1% per level). This increases the chances of finding Legendary Boons in your runs.

How to Find Legendary Boons

In Hades, there’s many ways in which you can speed up the process of finding Rare, Heroic, and ultimately Legendary Boons during your runs.

Picking up a Keepsake from an specific God, for example, will reward you Rare types more often, and onwards. If you’re using Gods’ Legacy, your chances of finding Legendary ones will be greater.

Keep in mind that, depending on the length of your run, it may take until almost the last zone for them to appear, but that will depend on the choices you have made until then, as well as your other upgrades from the Mirror of Night.