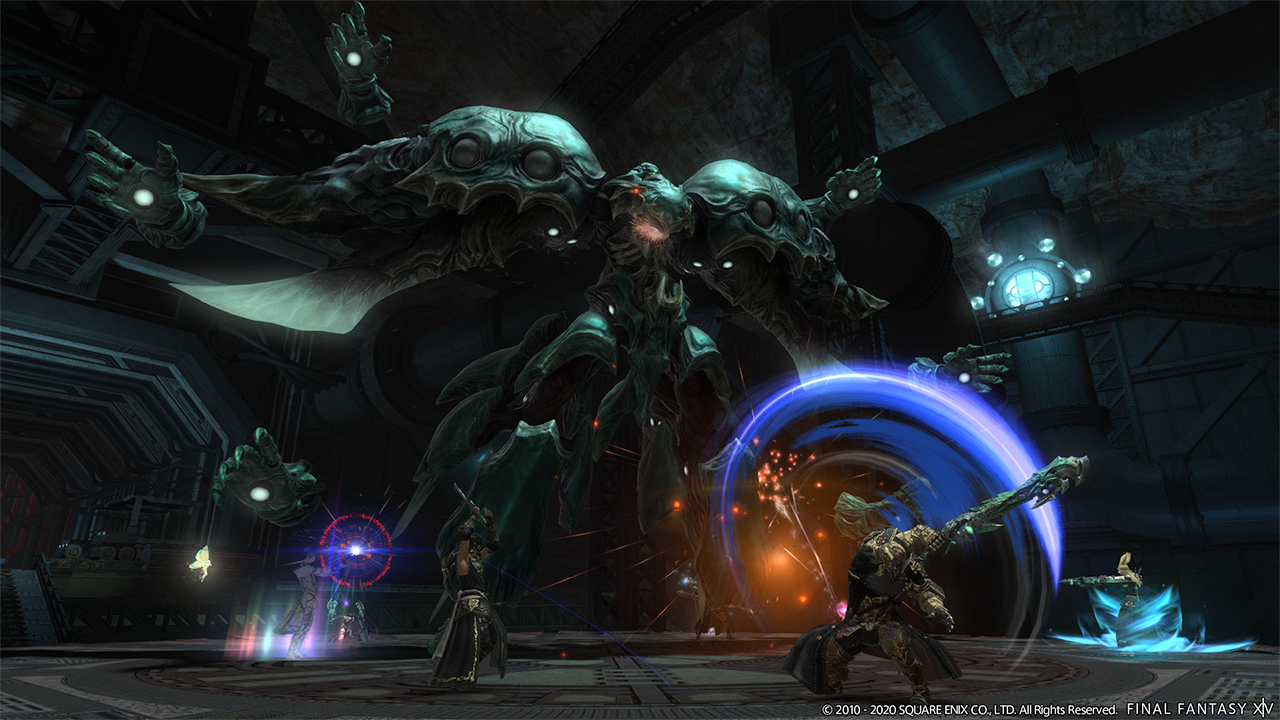 Final Fantasy XIV’s Patch 5.4 – Futures Rewritten – will be released on December 8, 2020, and brings with it new story content, a new raid, and so much more.
Futures Rewritten’s Raid is called Eden’s Promise and sees players being invited by Ryne and her mysterious counterpart Gaia to the Empty to see “whether life continues to flourish in the once-barren desert.”

Ah we just can’t get enough of the trailer, so here it is again!#FFXIV Patch 5.4—Futures Rewritten arrives on Tuesday, December 8! https://t.co/qcrLxpTyuk pic.twitter.com/9TyM64tVLC

As revealed in Final Fantasy XIV’s latest Letter from the Producer stream, the raid will be four parts and takes players back to the Cloud of Darkness from A Realm Reborn’s alliance raid.

A new dungeon – Matoya’s Relict – is also being added and takes place in The Makers’ Quarter, which was once home to the “finest crafters Eorzea had ever seen, but it has lain in forgotten ruin since the Sharlayan exodus.”

Patch 5.4, and the subsequent Patch 5.45, will also see updates to the Blue Mage, Chronicles of a New Era – The Sorrow of Werlyt, a New Trial and Large-scale battle, Ishgardian Restoration Updates, Triple Triad and Demon Mahjon updates, and so much more.

The team also announced the Final Fantasy XIV Announcement Showcase for February 5, 2021, at 5:30pm PT/8:30pm ET/1:30am GMT (2/6), and while it was only teased that the team will announce “cool things,” many believe it could be the announcement of the next expansion.

Final Fantasy XIV’s third expansion – Shadowbringers – was announced in 2018 and was released on July 2, 2019. That was two years after Stormblood, which was two years after Heavensward. Assuming no further delays related to COVID-19 or otherwise occur, it would make sense that FFXIV’s newest expansion’s reveal should be imminent.

Oh, and perhaps most importantly, Final Fantasy XIV is teaming up with Pusheen to offer animated iMessage stickers that will soon be available on Apple’s App Store. I mean, these are just the best.