There’s no questioning Justin Bieber’s passion for music. And, as anyone who’s followed his career closely is aware of, Bieber is equally passionate about hockey. He played in a celebrity game at the NHL All-Star Game one year and was famously roughed up by notorious tough guy and Hall of Fame NHL defenseman Chris Pronger.

Bieber is especially fond of the Toronto Maple Leafs. Being a Canadian from Stratford, Ontario, a little over hour’s drive from Toronto, perhaps this development shouldn’t be at all surprising.

Check the odds at CanadaSportsBetting.ca and you’ll find that the Maple Leafs are among the top contenders to win the Stanley Cup in 2021. Now, thanks to Bieber, they’ve even got a song to play at their championship celebration if the Leafs, who haven’t won the Cup since 1967, find a way to end their lengthy title drought.

Bieber’s ode to his favorite hockey team is entitled “Hold On (Maple Leafs Love Letter),” the song was released on March 5th. The accompanying video, which features several Leafs players, was released on Wednesday, March 10th. 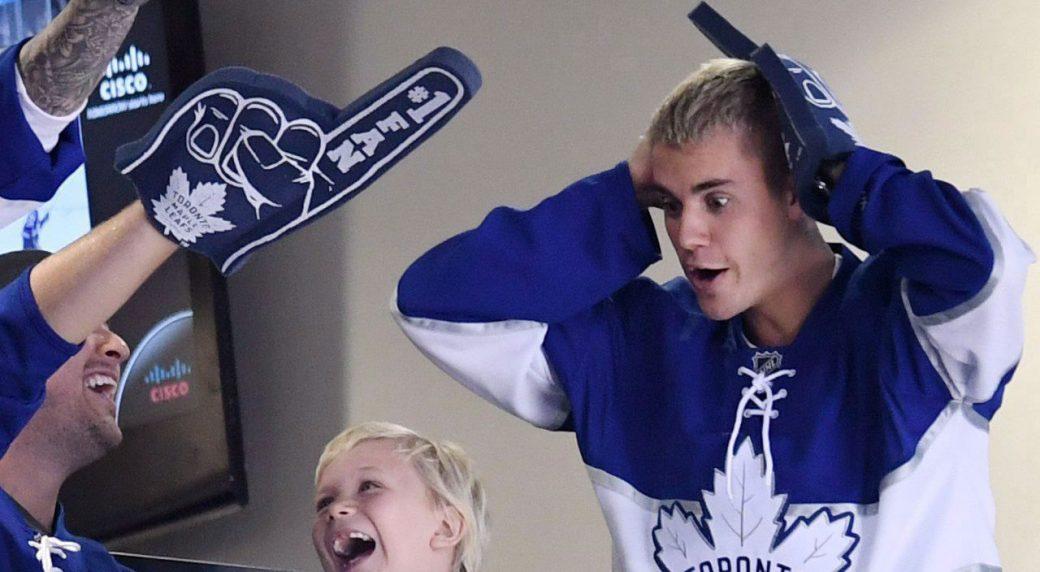 “Justin Bieber” by Sportsnet is licensed under CC BY 3.0

“A love letter to the Maple Leafs,” Bieber posted on his Twitter account to accompany the release of the video. “Special thanks to the Leafs and the NHL.”

The fan favorite of millions of Beliebers is nothing more than a fanboy when it comes to his beloved Maple Leafs, much in the same manner that Drake dotes on the NBA’s Toronto Raptors.

The video features game action, behind-the-scenes footage and personal images of Bieber chumming with some of his buddies on the Leafs team, including stars like Auston Matthews and Mitch Marner.

Hold On is the fourth single from Bieber’s sixth studio album, Justice, which is set to be released on Friday, March 19.

The early reviews from some of those featured in the video give Bieber’s Leafs love letter two thumbs up.

“Biebs is a very special person, and an incredibly talented artist,” Leafs defenseman Morgan Rielly told the Toronto Star. “He’s eager to work with the team and spend time around the guys.

“I think that’s a pretty cool opportunity. We’re very fortunate to play for this organization, and I guess that’s just one of those things that kind of comes with it.”

Clearly, there’s a mutual admiration society that’s been formed between the mega superstar singing sensation and some of the world’s best hockey players, who also happen to don the blue and white colors of the Maple Leafs.

“It’s cool,” Leafs goalie Frederik Andersen told the Toronto Star. “Obviously Auston’s relationship with him is pretty tight, so it’s fun to have a musical talent like him be a big fan of us. And I think likewise, a lot of us appreciate his music.”

Bieber and his wife Hailey Baldwin were regularly seen attending Leafs games in the days prior to the COVID-19 pandemic when fans were allowed in Scotiabank Arena.

Bieber counts himself among a number of celebrity fans of the Leafs, a list that also includes comedians Mike Myers and Will Arnett. He’s also not the first Canadian musical legend to mention the team in song. Joni Mitchell referenced the club in her hit Raised On Robbery with the line, “A little money riding on the Maple Leafs.” It was the lead single from her 1974 album Court and Spark. 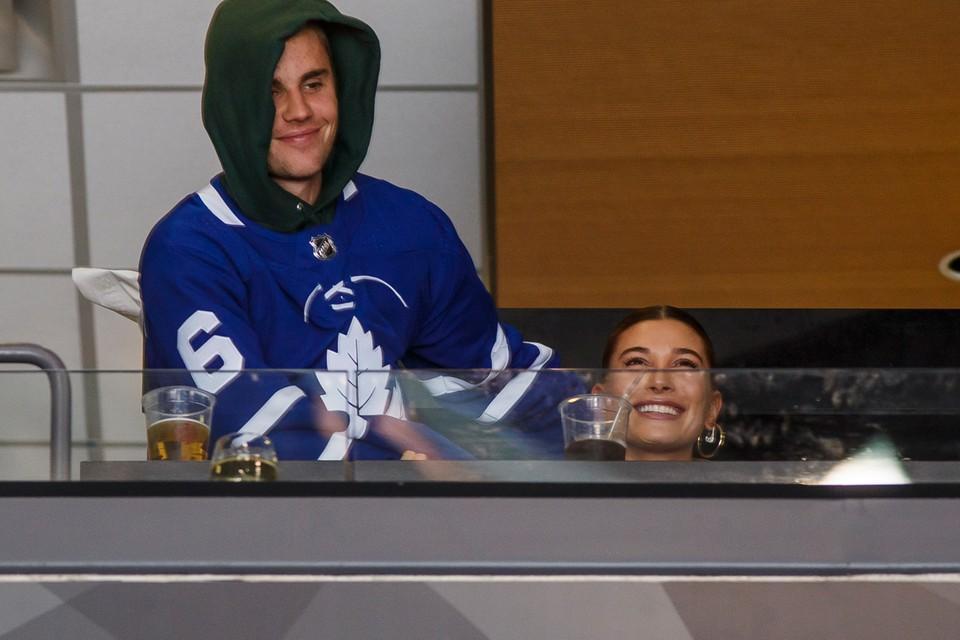 “Justin Bieber” by Mark Blinch is licensed under CC BY 3.0

Shinny With The Stars

This isn’t the first time that Bieber and some of the Leafs have made big news. On Boxing Day in 2019, while Bieber was home in Stratford spending Christmas with his family, he made special arrangements to rent the city’s Allman Arena, which would normally be closed for the holiday.

Bieber often rents ice time to play shinny with his pals on the occasions when he’s home. This time, though, Bieber was setting up a rather remarkable game of pickup hockey. It featured him, several of his childhood friends, and some fairly prominent ringers – Leafs stars Matthews and Marner and former Leafs defenseman Tyson Barrie, now with the Edmonton Oilers.

“He’s actually better than I thought,” Marner told the Toronto Star of Bieber. “He’s got really good hands and got a pretty good shot. I think he surprised me and Matts (Matthews) quite a bit, and Tyson.”