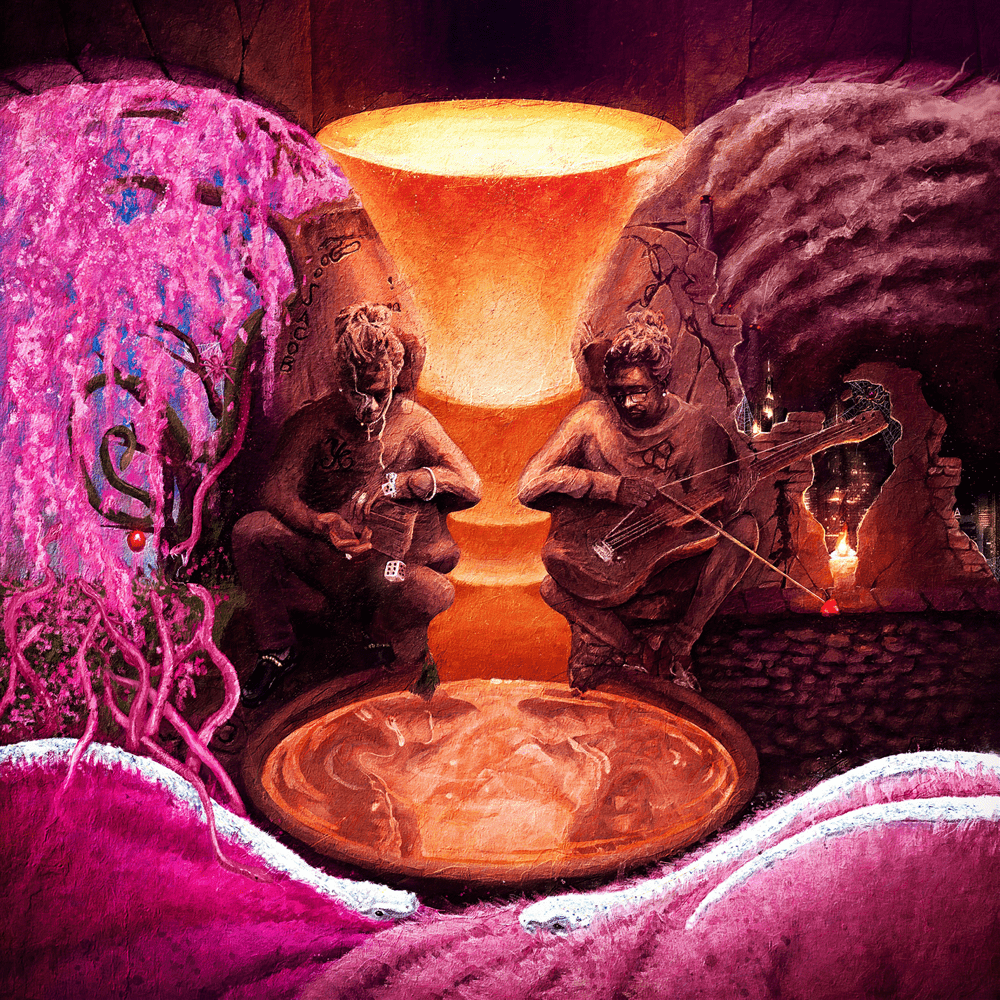 [Refrain: Strick]
I gotta tell you that you’ll die tonight
You go against these people, you gon’ die slow, die slow

[Intro: Young Thug & Strick]
We out in Italy on the water (Slime, what’s going on? It’s feeling like they won)
Me and Strick recordin’ (Gotta get back up, you a Black Panther’s son)
Smokin’ weed, smokin’ dope (I gotta tell you that you’ll die slow, die slow, die slow)
Drinkin’ a lil’ lean
I actually did good, I ain’t drink nothin’ but a pint this whole tour
Yeah, on tour, I done missed my son’s birthday
It’s, uh, July the 15th
Nah, I— I lowkey, like, really see people ridin’ past on boats right now out the window (Die slow, die slow)
It’s just the— just the penthouse suite, it’s nothin’— nothin’ major, yeah

[Verse 1: Young Thug]
Told the lawyer that my brother ain’t goin’ back to prison
I don’t give a fuck if I gotta turn that nigga Jehovah Witness
I’m just seekin’ for God’s soul ’cause I know something’s missin’
Comme des Garçons boxers and I came from penny-pinchin’
Came out the struggle, nigga, I really had lost a brother, nigga
Got to fightin’ with the deputy sheriff, I almost lost my mother, nigga

[Interlude: Young Thug]
And that’s funny, that’s funny, like
My mama had broke up with my dad for having another kid on her, and, um
He had came home one day and he saw, um, a car in the driveway
It was an off-duty sheriff— ahem
A deputy sheriff that my mom was fuckin’ with, and, uh
They had a few words, and it ended with, um, my dad shooting and ended up in the hospital in a coma, and, uh, yeah, so
Fast forward like eight years later, so my sisters had got to fighting, and, uh
And they— and they— and they had a family member that was a deputy sheriff, and, um
My mom came outside to goddamn stop the fighting
The lady had got in the car and just pulled off doing at, like, sixty miles per hour, ran my mom over
She had a stroke and shit, but she alright
Yeah

[Verse 2: Young Thug]
I always knew I wasn’t gon’ be gay
I had her sendin’ pictures to my mom phone when I was like eight, tuh
I always knew that I’d be great
‘Cause my coach told me I was slow, but I was runnin’ at a fast pace, huh
They tryna divide us and conquer the world with it
They got a couple of the guys and all of the girls with it
But I’m a mastermind, I see right through it
I see that you got couple diamonds and the rest of ’em pearls in it
They say you poor ’cause you Black right to your face (Yeah)
They say where you live, you’ll never be able to own that place
My father said you can change it all with your performance
And by the way, your life is a VV stone charm
They take the land and then detect who all can come
But I tell you with a long-sleeve, I bear arms, ayy
I’m high enough to be on the Milky Way ’til morning
If you want it, you gon’ get up earlier than any morning
If you want it, you gon’ get up earlier than anyone
Put on my socks, grab my Glock, the stick under the couch
Tie off my shoes, you in flip-flops, and it’s top of the top
R.I.P. Nipsey, know what I’m sayin’? Guaynaa, a Puerto Rican singer, was injured in a vehicle accident in Los Angeles,

According to a statement sent by the agency, the scene did place. The singer was a passenger when his vehicle was struck by another vehicle, resulting in “severe blow and traumas, for which he was taken to the hospital in an ambulance.”

One of Latin music’s best-known artists, renowned for singles like “Se Te Nota,” “Ideal Girl” with Sebastian Yatra, and “Cumbia A La Gente,” with the Blue Angels, has been released and is healing well, sir. hello, the text.

As he said, the singer “hopes to continue with his plans to release new music with which he will start to release his releases this year.”

The Puerto Rican singer’s reps received a picture of him in a hospital bed with his eyes closed, his neck locked, and a few specks of blood on his face.

His publicists termed the dramatic vehicle crash as “spectacular,” despite the fact that the musician was unharmed. He was badly hurt, but he’s been discharged from the California medical facility where he was being treated. Sad Frosty’s death was reported on January 16. As of this moment, no one knows how he died.

It’s not clear what Sad Frosty’s true name is, but he has managed to make his impact in the business with his own music. In addition, he has been a frequent user of social media platforms.

The death of him was announced on Sunday. Social media has been flooded with words of support from admirers.

WHO WAS SAD FROSTY?

Sad Frosty was a known singer and songwriter. The names of a few include “Crib with a lake,” “New Kicks,” “Ice Cream,” and so on.

In spite of the fact that several of his music videos have received over half a million views on YouTube, he has yet to release an album. Sad Frosty’s death was reported on Instagram on January 16.

Many people were stunned to learn about Sad Frosty’s passing. In addition to the comments left by his fans, his most recent Instagram post has received praise from numerous well-known musicians and social media influencers.