World Leaders React To Joe Biden Beating Donald Trump: “It’s Time To Get Back To Building Bridges, Not Walls” 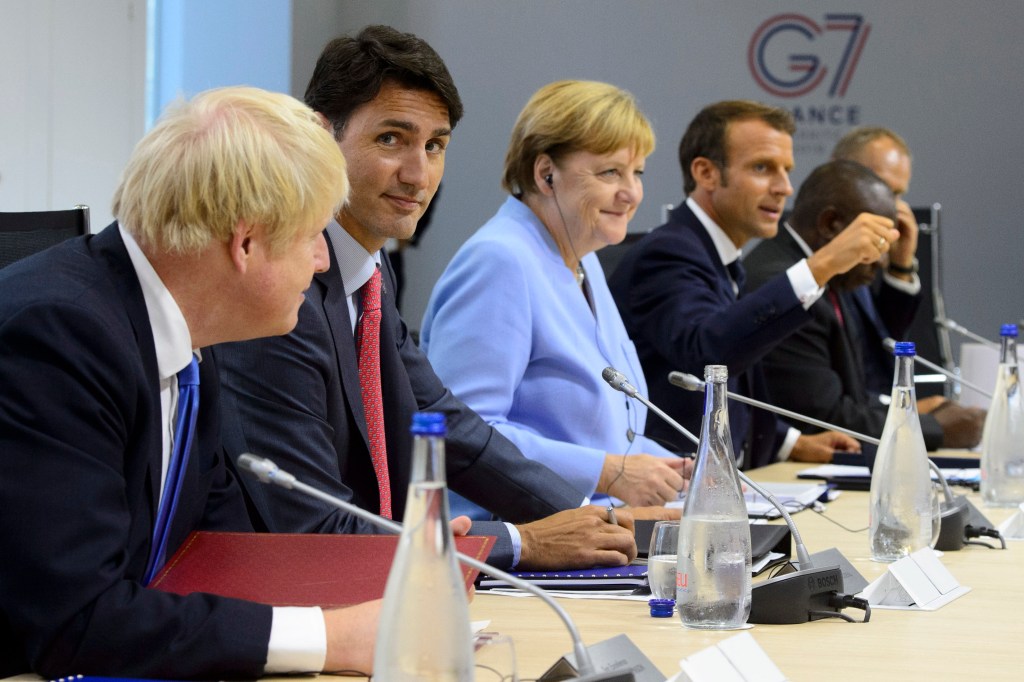 SUNDAY UPDATE, writethru after Saturday 10:39AM PT post, with more reactions: The Saturday call that Joe Biden has been elected the 46th President of the United States elicited a swarm of congratulations as is the custom after an election. Reactions from world leaders and U.S. allies including Germany’s chancellor Angela Merkel and Canada Prime Minister Justin Trudeau, both of whom have crossed swords with current President Donald Trump in the past, were among those to make statements.

The global media was also digesting the news, with part of the world still in the overnight hours. Since then, leaders from such countries as South Korea, Australia and Israel added their sentiments.

Some politicians Saturday diverted from the usual formal declarations in their pronouncements, including Paris Mayor Anne Hidalgo (her tweet started with “Welcome back America”) and London Mayor Sadiq Khan (“London looks forward to working with you – it’s time to get back to building bridges, not walls.”)

Here’s a sample of what’s been said:

Germany chancellor Angela Merkel, who said in part, “I look forward to future cooperation with President Biden… Our transatlantic friendship is irreplaceable if we are to master the great challenges of our time.” (Merkel is also due to give a briefing late Sunday afternoon local time.)

“On behalf of the Government of Canada, I congratulate Joe Biden and Kamala Harris on their election as the next President and Vice President of the United States of America. Canada and the United States enjoy an extraordinary relationship – one that is unique on the world stage.”

“I look forward to working with President-elect Biden, Vice President-elect Harris, their administration, and the United States Congress as we tackle the world’s greatest challenges together.”

Congratulations, @JoeBiden and @KamalaHarris. Our two countries are close friends, partners, and allies. We share a relationship that’s unique on the world stage. I’m really looking forward to working together and building on that with you both.

The Americans have chosen their President. Congratulations @JoeBiden and @KamalaHarris! We have a lot to do to overcome today’s challenges. Let’s work together!

Italian Prime Minister Giuseppe Conte vowed the U.S. “can rely on Italy as a solid ally and strategic partner”:

Congratulations to the American people and institutions for an outstanding turnout of democratic vitality. We are ready to work with the President-elect @JoeBiden to make the transatlantic relationship stronger. The US can count on Italy as a solid Ally and a strategic partner

Sadiq Kahn, the Mayor of London:

Congratulations @JoeBiden and @KamalaHarris on your well-deserved win.

London looks forward to working with you — it’s time to get back to building bridges, not walls. 🇺🇸 🇬🇧 pic.twitter.com/oZoCDvtT9v

Anne Hidalgo, the Mayor of Paris:

Welcome back America! Congratulations to @JoeBiden and @KamalaHarris for their election! While we are about to celebrate the 5th anniversary of the Paris Agreement, this victory symbolizes our need to act together more than ever, in view of climate emergency. 🇺🇸#Election2020

Indian Prime Minister Narendra Modi congratulated Biden and gave a special shout out to Kamala Harris and her “chitttis” or “aunts”:

Heartiest congratulations @KamalaHarris! Your success is pathbreaking, and a matter of immense pride not just for your chittis, but also for all Indian-Americans. I am confident that the vibrant India-US ties will get even stronger with your support and leadership.

Israeli Prime Minister Benjamin Netanyahu was one of the late-comers, making a statement on Sunday morning. He noted the “long & warm personal relationship” he has had with Biden “for nearly 40 years”:

Congratulations @JoeBiden and @KamalaHarris. Joe, we’ve had a long & warm personal relationship for nearly 40 years, and I know you as a great friend of Israel. I look forward to working with both of you to further strengthen the special alliance between the U.S. and Israel.

Netanyahu followed that up by thanking Donald Trump for “the friendship you have shown the state of Israel.”

Congratulations to @JoeBiden and @KamalaHarris. Our alliance is strong and the bond between our two countries is rock-solid. I very much look forward to working with you for our shared values.

Congratulations to @joebiden and @kamalaharris – Australia wishes you every success in office. The Australia-US Alliance is deep and enduring, and built on shared values. I look forward to working with you closely as we face the world’s many challenges together.

Mexican President Andres Manuel Lopez Obrador said at a news conference, according to Reuters, “With regard to the U.S. election, we are going to wait until all the legal matters have been resolved… I can’t congratulate one candidate or the other. I want to wait until the electoral process is over.”

“It’s good that there are finally clear figures. We look forward to working with the next U.S. government. We want to invest in our cooperation for a new transatlantic beginning, a new deal.”