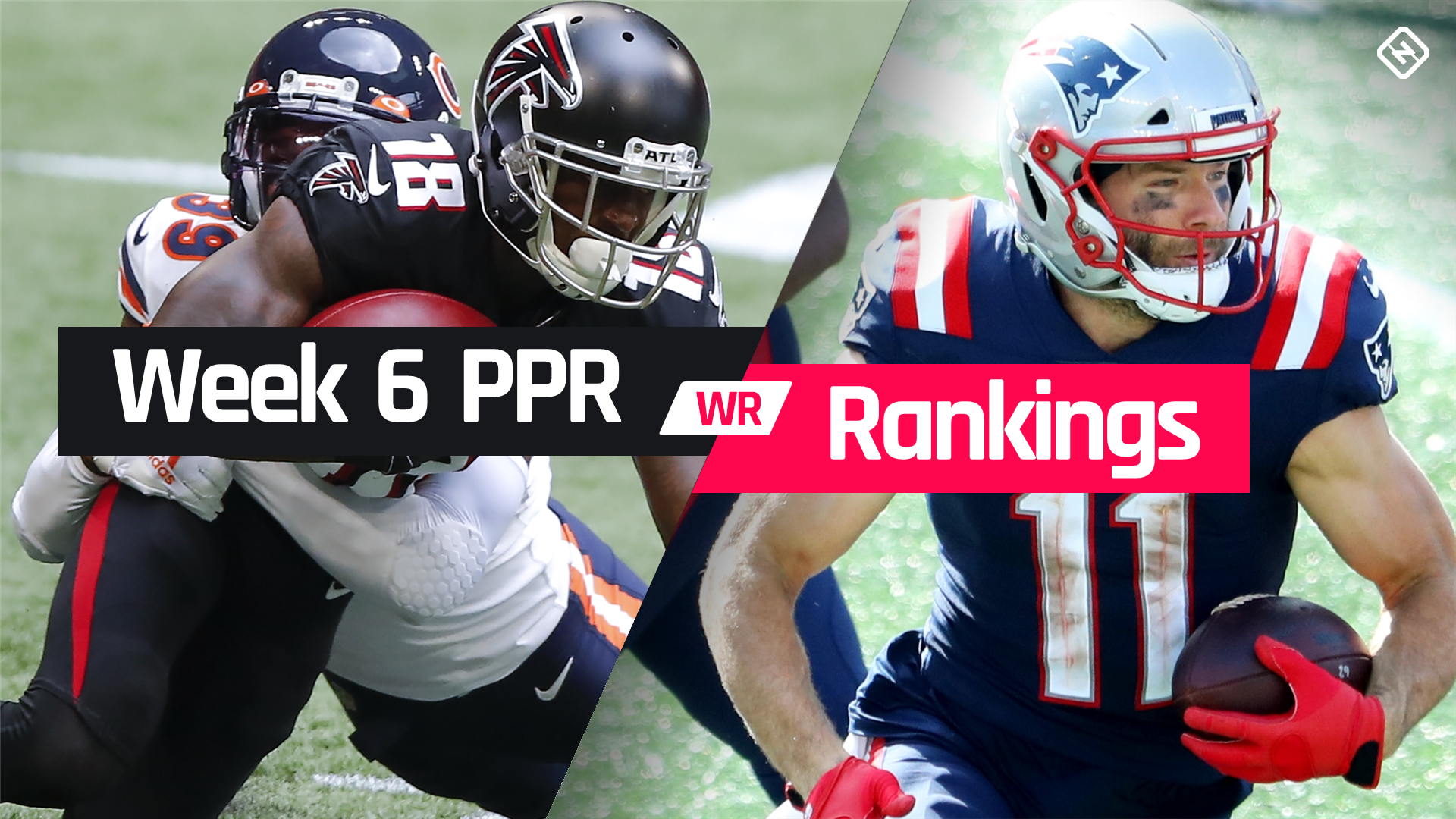 If there’s one position in fantasy football that can withstand a damaging bye week, big injuries, and surprise postponements, it’s wide receiver. There isn’t an unlimited supply of fill-in options, but there are more than most positions, as all it takes is one big play for a wideout to pay off. In PPR formats, a receiver could also rack up several short catches, but when the rankings are thinned out, as they are in Week 6, owners shouldn’t be shy about turning to big-play receivers who are traditionally left for standard leagues.

Yes, the sledding is a bit rougher in Week 6, as the Chargers, Raiders, Saints, and Seahawks are on bye, and injuries to guys like Julio Jones (hamstring), Chris Godwin (hamstring), DJ Chark (ankle), and Diontae Johnson (back) could further weaken the top tier, with the latter having an especially big impact on PPR leagues. There’s always the looming threat of more COVID-related postponements, too, so fantasy owners have to stay vigilant.

As stated above, PPR leagues always have the option of traditional boom-or-bust receivers or possession guys who can catch at least five passes for 50 yards to give you a floor of 10 points. Laviska Shenault (vs. Lions), Greg Ward (vs. Ravens), N’Keal Harry (vs. Broncos), Russell Gage (@ Vikings), Cole Beasley (vs. Chiefs), Tee Higgins (vs. Colts), Isaiah Ford (vs. Jets), Jeff Smith (@ Dolphins), and maybe even Larry Fitzgerald (@ Cowboys) are potential streamers who fit the bill for the latter this week, though even a 10-point floor might be a little steep for some of them.

If you want to go the big-play route, you can try guys like Marqez Valdes-Scantling (@ Buccaneers), Brandin Cooks (@ Titans), Keelan Cole (vs. Lions), Mecole Hardman (@ Bills), and Preston Willams (vs. Jets), all of whom are available in more than 50 percent of leagues and have decent matchups this week.

You could also specifically try to play matchups with receptions, depending on how much you trust that as a repeatable stat. Most teams that allow a lot of catches also allow a lot of fantasy points in general, but there are a few teams that stand out by limiting overall fantasy points while still giving up an above-average amount of receptions. Entering Week 5, Baltimore ranked 20th in fantasy points per game (FPPG) to WRs but allowed the fourth-most WR catches per game (15). Philadelphia (14th-most FPPG, tied for sixth-most catches), San Francisco (27th, tied for sixth), and the Rams (28th, tied for 10th) also have notable discrepancies.

This week, Philadelphia plays Baltimore, making Ward and Travis Fulgham slightly more intriguing PPR plays. Unfortunately, Baltimore doesn’t have any real WR threats other than Hollywood Brown who could take advantage of Philadelphia’s soft secondary. The Rams and 49ers play each other, which elevates Brandon Aiyuk, Deebo Samuel, Robert Woods, and Cooper Kupp in PPR leagues, but it doesn’t unearth any new streamers..

Note: Check back all week leading up to kickoff, as we’ll continue to update our WR PPR rankings based on the latest news and injuries.

These rankings are for full-point PPR leagues. For standard WR rankings, click here.