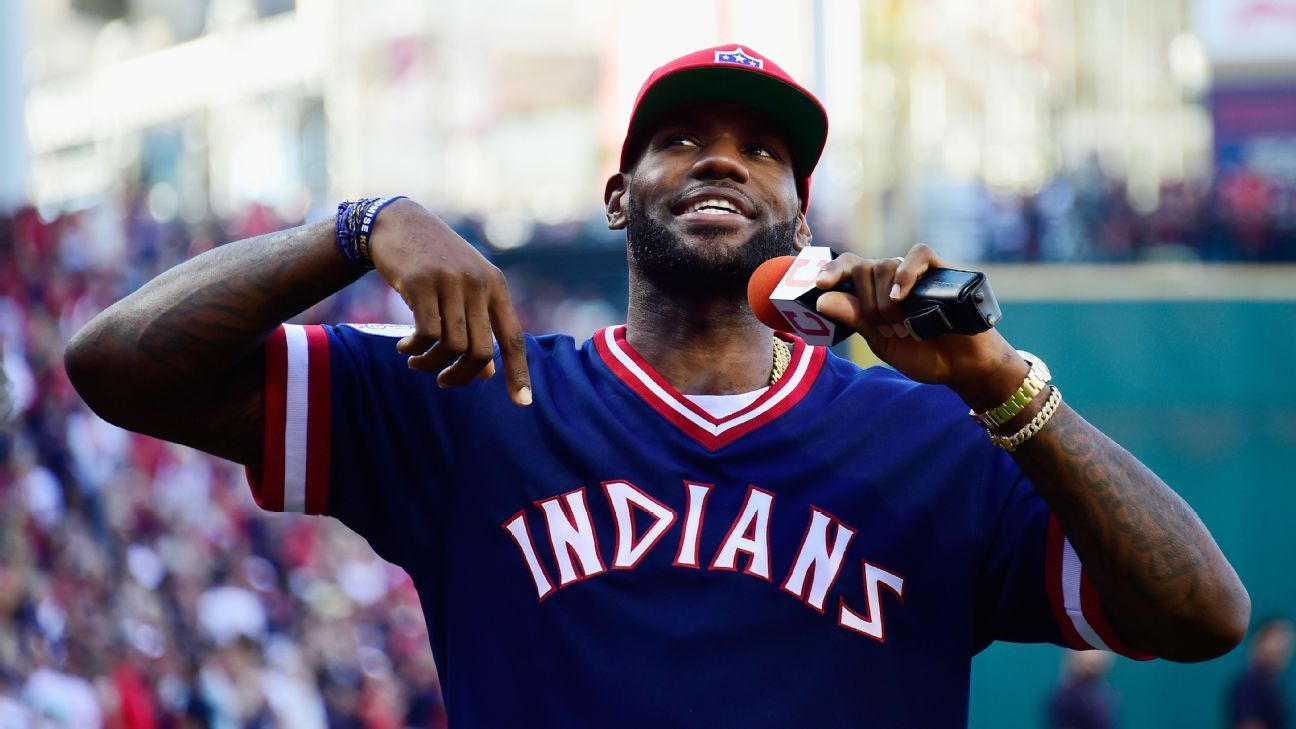 The Los Angeles Lakers superstar, who just won his fourth NBA title, has a fickle relationship with his baseball loyalties. James has long claimed to be a fan of the New York Yankees.

“I’m a supporter of winners,” James told the New York Post in 2016. “As a kid growing up, I needed inspiration to get out of the situation I was in. I loved the Bulls, Cowboys and loved the Yankees. Those are winning franchises.”

But looking at his timeline, supporting winners might be a matter of supporting who is winning at the time.

Yes, James is from Akron, Ohio. Yes, he was playing for the Cleveland Cavaliers at the time. No, that didn’t stop him from rooting for the Yankees in the playoffs.

James caused quite the controversy when he showed up in the stands of Game 2 of the ALDS with a Yankees cap. The Indians won that series but lost in the ALCS to the Boston Red Sox.

“The guy is the face of Cleveland sports and he’s not even rooting for a team that’s 100 feet from the building he plays in,” Indians fan Adam Burke told The Associated Press that night.

By this point, James had gone to the Miami Heat, won two NBA titles and returned to Cleveland. In four seasons in Miami, he never got the chance to root for the Miami Marlins, presumably because the Marlins were not good at the time.

But back in Cleveland, James was a few months removed from erasing a 3-1 deficit in the NBA Finals and defeating the Golden State Warriors to deliver the Cavaliers their first championship.

The Indians were in the World Series facing the Cubs, with both teams trying to end excruciatingly long title droughts.

James and the Cavaliers received their championship rings the same night that the Indians hosted Game 1 of the World Series. After appearing in a suite with Cavs teammates during the playoffs, James and teammates, with rings on their fingers, were again in attendance for Game 2.

By Game 7, the Cubs had rallied to tie the series. James, with Cavaliers Richard Jefferson, Kevin Love and JR Smith, were there.

In some irony for James and Cleveland, the Cubs did to the Indians what the Cavaliers had just done to the Warriors: overcome a 3-1 deficit in a series to win a championship.

This time around James stayed neutral. During Game 1 of the ALDS, James and Cavaliers teammates Dwyane Wade, Isaiah Thomas, Kyle Korver, Tristan Thompson and others were at the game. James was not wearing gear supporting either team.

According to The New York Times, James was just wearing red, as the Indians had instructed fans to do.

.@CC_Sabathia, on who @KingJames will root for tonight: “I know he’s a Yankee fan, but I think he has to put on a front for the city.”

James would leave the Cavaliers for the Lakers after that NBA season.

And here we are at the current series.

The Dodgers looked great in Game 1, winning 8-3, with a dominant pitching performance from Clayton Kershaw, a huge home run from Cody Bellinger and an all-around amazing game from Mookie Betts.

LeBron was here for all of it.

Hahaha!! Leg tap celebrations for him.

As “Take Me Out to the Ball Game” says, “Let me root, root, root for the home team.”

Must just depend on which home you’re in at the time.