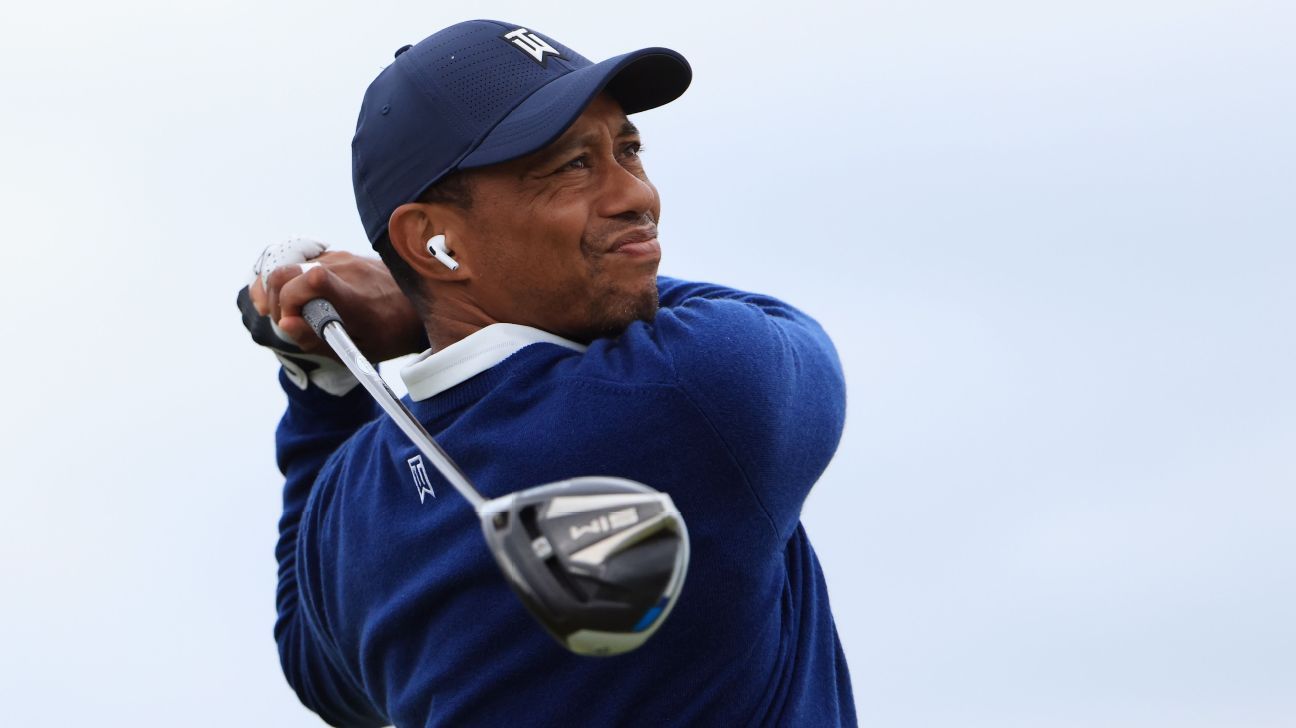 THOUSAND OAKS, Calif. — Tiger Woods is defending his Zozo Championship title this week with an eye on the Masters in three weeks.

And the run-up to what usually is the first major championship of the year is strange to say the least, he said.

So odd, in fact, that Woods said he is considering adding another tournament before the Masters, the Houston Open.

“I think my plan is just to play and practice,” he said at Sherwood Country Club, where the relocated Zozo Championship begins Thursday. “I don’t know if I’m going to play Houston or not. I’m not playing next week, and we’ll see how this week goes and make a decision from there.”

It would have been a good bet to figure that this week’s tournament would be the only one before the Masters, simply because Woods has never played the week before the Masters in any year since playing his first as a pro at Augusta National in 1997.

Asked how he would try to replicate his run-up to the Masters, Woods said: “You can’t.”

“The fact that the Masters will be held in November, it’s unprecedented, never been done before. I can’t simulate the normal ramp-up that I normally have, and I don’t think anyone else can either. It will be different for all of us.”

Woods is making only his sixth start on the PGA Tour since the resumption of play following a 13-week pandemic shutdown. His best finish is a tie for 37th at the PGA Championship in August. He has slipped from 13th to 28th in the world.

His last start was a month ago at the U.S. Open, where he missed the cut and struggled again with back stiffness.

Woods played nine holes at Sherwood on Tuesday and looked good, something that can be said of many of his practice rounds. What he brings to the course when it counts is what ultimately matters; so far this year, he’s never had a reasonable chance of contending going into the weekend.

He has played only seven times in 2020, his best finish a tie for ninth at the Farmers Insurance Open in January.

“My game’s definitely better than it was at the U.S. Open,” he said. “I feel a little bit more prepared, a little bit better, and hopefully that translates into playing the golf course.”

His Zozo victory in Japan seems ages ago. Woods went there with low expectations after taking a nine-week break following arthroscopic knee surgery. And after a slow start, he shot consecutive 64s to open the tournament and posted a three-shot win over Hideki Matsuyama.

It was his 82nd victory on the PGA Tour, tying the mark of Sam Snead.

As a past Masters champion, Woods is an honorary member of Augusta National, meaning he can play the course whenever he wants. He has done so numerous times in preparation for the Masters, but said he has done so only once in November back in the fall of 2001 after the club made numerous changes to the layout.

He recalled cool, difficult conditions. “It can be awfully difficult and long and much different than what we play in April,” he said.

Woods said he has not been back to Augusta National since his stirring 2019 victory, his fifth Masters title. Everything about it this time will be different, from no spectators to different colors and to perhaps a more strenuous golf course.

Another huge difference would be Woods playing the week prior.

“The whole idea is to be ready in a few weeks and whether or not that’s playing one more event, whether that’s Houston or just playing here at Zozo, just making sure that I’m ready for Augusta,” Woods said.

Woods does have a strong history at Sherwood Country Club, which he played 12 times when it hosted his World Challenge charity event that has since moved to the Bahamas. Woods won that tournament five times and was runner-up on five other occasions.