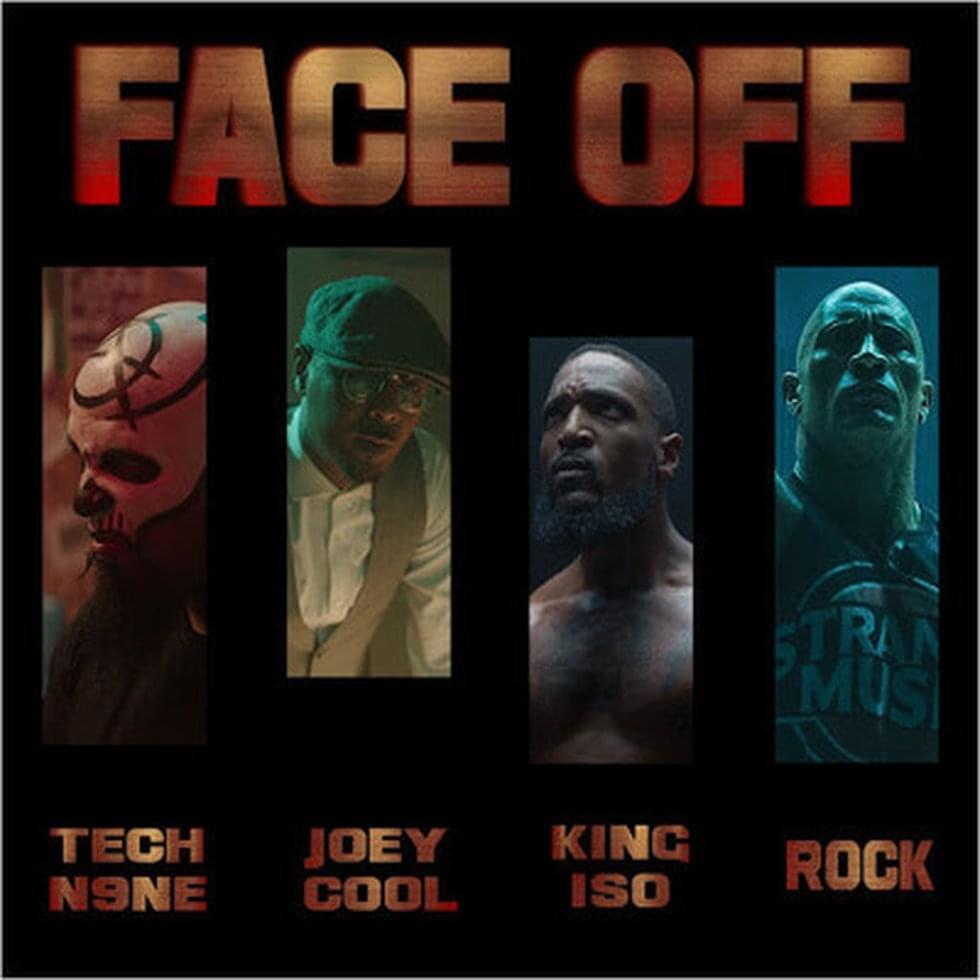 [Intro: Krizz Kaliko]
Rumble, they gon’ take yo’ face off

[Verse 1: Tech N9ne]
Spirit of a lion describes my soul
Give it up to Zion then my fire grows
Wishing of a riot inside my lobe
Am I trippin’? It’s the highest when I fight my foes!
Bip, I’ma hit ’em with this, you ’bout to get yo’ ass kicked
My technique is so sick, I’m ’bout to make the hit quick
Whole lotta muscle (Chea) you don’t wanna be in a tussle (Chea)
Better than me? That’s rubble
You want trouble? What’s up though? (Chea)
Feelings hot to kill a top gorilla
Drop and kneel to pops, I grilled the opp
For real, ya clock, it yield and stop
Ya will is shot, the deal was knock ya ’til ya plop
I got the hell comin’ yo way (Chеa)
You softer than a thing of Yoplait
Never compеtitive with the better kid, I go cray
Gonna be deaded because I fed it to the Mo’ graves (Chea)
When you wake up in that wet blood
Ain’t no way you ’bout to get up
How you know that I taxed yo’ ass?
‘Cause you got the motherfuckin’ check stub (Rrr)
Always gonna have to pay cost
When you steppin’ in my way, boss
When I build steel and you stay soft
You’re gonna punk out when we face off!

[Verse 2: Joey Cool]
Rumble there, young man, they rumble
Run up, get a combo quickly
Help you understand but stay humble (Do-do)
Don’t nobody wanna talk about the way of the world
The weight of the world’ll make ’em all crumble
And I might stumble, but I pick myself up
Brush myself off, my thoughts of a goddamn boss (Woo)
I am at their neck like I’m Malcolm X
Like I’m Dr. King, like I’m Cornell West
Like I’m Huey P., like I’m Booker T
Like I’m Rosa Parks, I’ma need my rest
Niggas know what I’m ’bout I’ll run up in yo’ house
Feet up all on your couch, sock you right in your mouth
I ain’t after no clout, it could really go south
I’m prepared to go to battle whenever there is a bout (Ah)
I am Muhammad
Ali I’m payin’ the homage, policy is to be honest
I take it beyond it though
I can relate to ebonics and really I hate to be ominous
All of your hate is too obvious
I am the hustle, the muscle, I play for the audience
I am a gangster with knowledge
If you wanna enter the ring, I would hate to be opposite
Jab with the right, jab with the left
Jab with the right, now you got ’em all staggerin’
He gon’ come back with the right, back with the left
That’s when you step to the side, now dagger
You gon’ be damned if you do, damned if you don’t
Bastard, I’m like Cassius, my swagger
It really don’t matter pardon, I’m hardened
Lawless, the Martian kickin’ that jargon (Ah)

[Verse 3: King Iso]
Barber cape off how I’m giving the fade
Based off the description I gave
Cut the game off, I’m a street fighter
Beat the breaks off like the whip on the stage
Hand out ass whippings
My plate haters ate off, yeah, get Hitler a steak
It’ll be chaos like an emerald chase
When I face off in a Nicolas Cage
Y-Y-Y-Yeah, I’m living in rage
Punch a pussy nigga like I’m fisting his babe
I was sitting in the ‘spital, going mental, doc had told me
They’ll forget me but they didn’t, I remember them days
And I don’t wanna be Batman, nigga, I’m Bane
Literally how the venom enters my veins
Since a little one, Killa really been sick in the brain
And the more I think about it, my life was twisted, wait
Reminiscing on when mom and dad would wonder
Why they couldn’t reach me like they didn’t have my number
Fighting for my sanity, I never had the hunger
Put a nigga underground quick, that’s a bunker
Sh-Shock ’em like I’m Master’s brother
Better pick your battles, busters halfway under
Hit more times than acupuncture
When it comes to rumbling, I’m Afro Thunder
Really it be funny when I kick it to you dummies
How I’m grippin’ on the iron when I’m rhyming on the mic
Because it really will get bloody like I’m kicking it with buddies
When I beat a nigga up like I was Iron nigga Mike
I tell ’em they don’t wanna tussle, when I’m at ’em, they gon’ drop
Bet you that he stumble when I jab him then I cross
Leave a nigga humble like, “Damn” when Kenny dropped
‘Cause really we can rumble like Jackie in the Bronx
We gon’—

[Verse 4: Dwayne Johnson & Tech N9ne]
It’s about drive, it’s about power, we stay hungry, we devour
Put in the work, put in the hours and take what’s ours
Black and Samoan in my veins, my culture bangin’ with Strange
I change the game so what’s my motherfuckin’ name? (Rock)
What they gonna get though?
Desecration, defamation, if you wanna bring it to the masses
Face to face now we escalatin’ when I have to put boots to asses
Mean on ya like a dream when I’m rumblin’
You’re gonna scream, “Mama”
So bring drama to the king Brahma (Then what?)
Comin’ at ya’ with extreme mana (Ahoo, ahoo, ahoo)