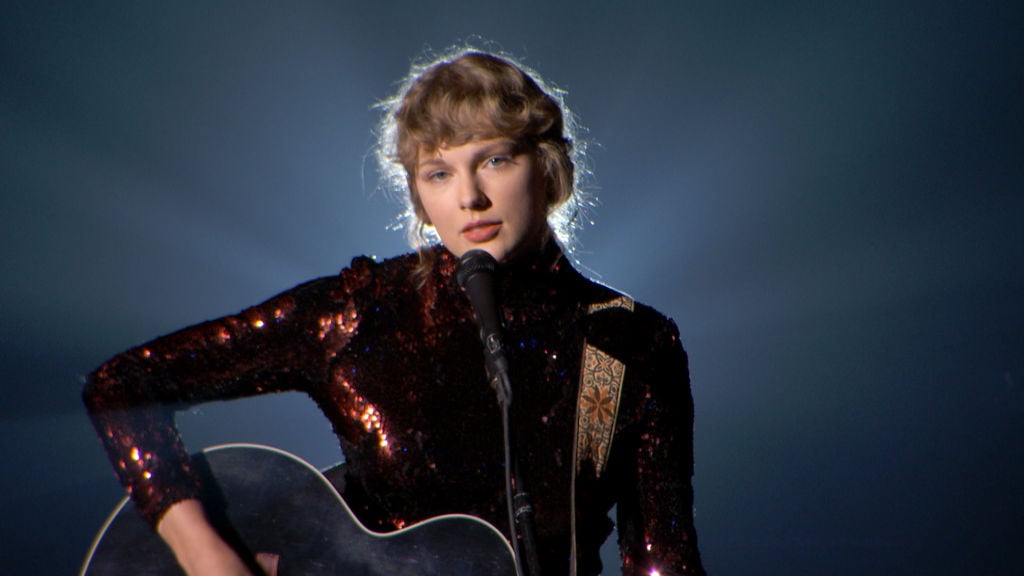 The song Gold Rush is becoming the most favourite amongst fans, so what is its real meaning? Let’s explore some theories by fans below.

After only releasing Folklore five months ago, Taylor Swift shocked fans with the release of a surprise new album on Friday (December 11th) called Evermore.

The album features 17 tracks, and as always, they each relate to Taylor’s life. More specifically, they’re mostly about her love life, and the American singer certainly loves to write songs about her former relationships.

One of the standout tracks is the third on the album, Gold Rush, but what do the lyrics mean? Let’s see what fans think.

Throughout Gold Rush, Taylor talks about a man who is obviously very good looking and adored by lots of women. She seems to be entirely consumed by this person before realising at the end of the song that it could never actually work out in reality.

In a YouTube Live session celebrating the release of Evermore, Taylor said that the song: “Which takes place inside a single daydream where you get lost in thought for a minute and then snap out of it.”

But who is she talking about? Well, we can’t know for sure but fans have come up with a few theories.

Many fans think that the song could be about Harry Styles who she dated publicly for a few months back in late 2012.

Lots of people think that the lyrics relate to Harry’s appearance and characteristics, and Harry also recently released his own track called Golden which fans are linking to Gold Rush.

There’s a line in the song that fans are linking to the One Direction singer too where Taylor says: “I see me padding across your wooden floors / With my Eagles T-shirt hanging from the door.”

Back in 2014, the Philadelphia Eagles posted a photo to Twitter of Harry Styles holding an Eagles shirt.

Whilst we’ll never know for sure whether the song is actually about Harry Styles, fans certainly have their mind made up.

One Twitter user said: “Gold Rush is about Harry Styles and you cannot change my mind now.”

“Gold Rush is about Harry Styles end of discussion,” said another.

A third person said: “So can we all agree that gold rush is about Mr Harry Styles?”

Now you know that fans think the song is all about Harry Styles, have a read of the lyrics again and see what you think. Is it really about the One Direction singer?

Gleaming, twinkling
Eyes like sinking
Ships on waters
So inviting I almost jump in

What must it be like to grow up that beautiful?
With your hair falling into place like dominos
I see me padding across your wooden floors
With my Eagles t-shirt hanging from the door
At dinner parties I call you out on your contrarian sh*t
And the coastal town we wandered ’round had nevеr seen a love as pure as it
And then it fadеs into the gray of my day old tea
‘Cause it could never be

What must it be like to grow up that beautiful?
With your hair falling into place like dominos
My mind turns your life into folklore
I can’t dare to dream about you anymore
At dinner parties I won’t call you out on your contrarian shit
And the coastal town we never found will never see a love as pure as it
‘Cause it fades into the gray of my day old tea
‘Cause it will never be