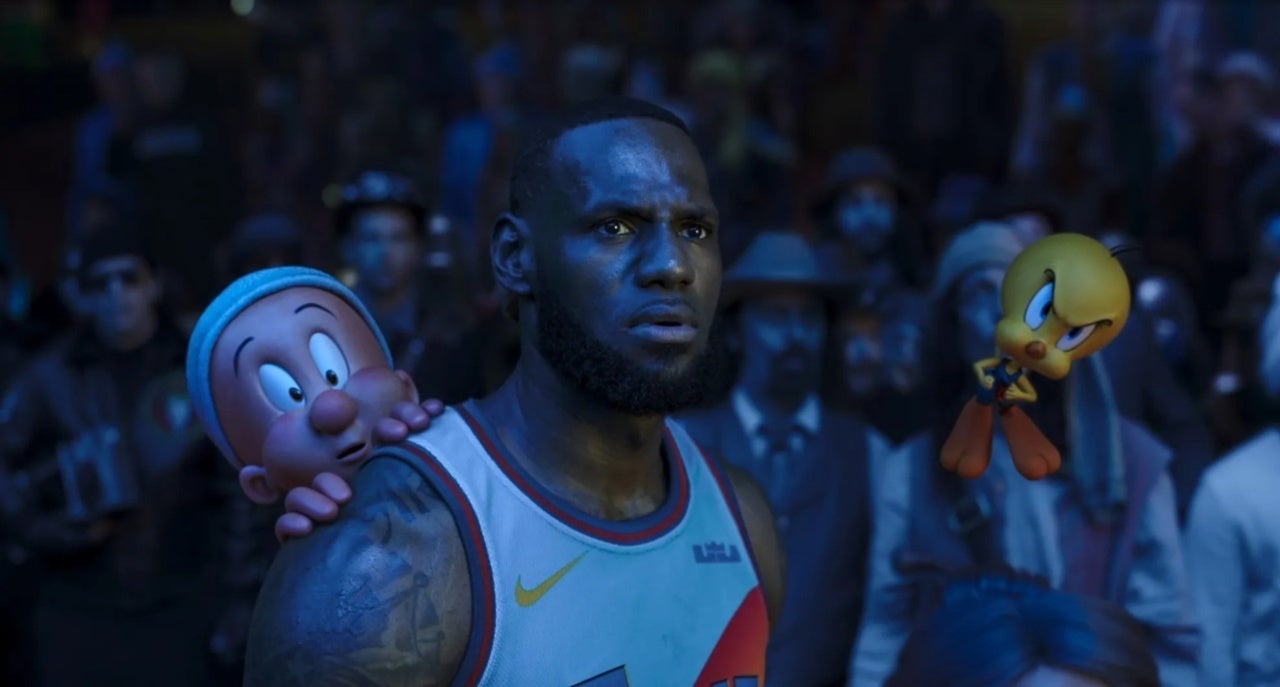 The first reviews are in for Space Jam: A New Legacy, the sequel to the 1996 classic that originally paired Michael Jordan and the Looney Tunes for a campy basketball adventure.

This time around, LeBron James is the NBA star teaming up with Bugs and the gang, and well, it’s not exactly being welcomed as warmly as its predecessor.

In the grand scheme of things, the new Space Jam isn’t hateful or inept. It fills a two-hour hole in the schedule, which will keep parents happy, and it brandishes the brand, which will keep shareholders happy. Whether it could have also been a good movie might not have crossed anyone’s mind.

As the spin-off of a successful advertising campaign, Space Jam represented the apotheosis of crass commercialism in 1996. So it makes sense that its sequel attempts to do the same, essentially functioning as a glitzy advertisement for the studio that created it. The cast has been updated—our hero is now LeBron James, Jordan’s successor as the reigning king of basketball—and so has the shamelessness, as James and Bugs Bunny zoom through scenes from past WB movies and marvel at how one company could have such a grand history.

To whom this is meant to appeal is anyone’s guess, except presumably the studio’s marketing department. Children are unlikely to recognize many of the fleeting cameo appearances and cinematic references, while adults will be bored silly by the frenetic pacing that makes you feel as if you’re watching somebody else play a video game. It all feels like Warner Brothers ingested an emetic and vomited up all their intellectual property.

Space Jam: A New Legacy attempts to land on a feel-good message. All this cheap, cloying material? It’s really about bringing together a family and encouraging our best and brightest young minds to follow their dreams. It’s a sentiment that should be immune to cynicism, but somehow Space Jam: A New Legacy finds the space for it. Truly, it has everything, except an actual heart.

Space Jam: A New Legacy — which premieres in theaters and on HBO Max on July 16 — is so overwhelmingly suffused with corporate propaganda that it seems like the filmmakers are seeking exactly that sort of praise: not satisfying cinema, not a worthwhile story, not a fun time at the movies, but “a great product.”

As commercial propaganda, this isn’t even convincing, portraying the studio it set out to glorify as a fading institution entering its decadent last-days-of-Rome phase. In this display of expensive corporate onanism, we arrive at a creative dead end for a studio reliant on classics that they’ve stopped minting. Gee, ain’t it a stinker?

Related Topics:EntertainmentLeBron JamesNewsSpace Jam: A New Legacy Reviews
Up Next