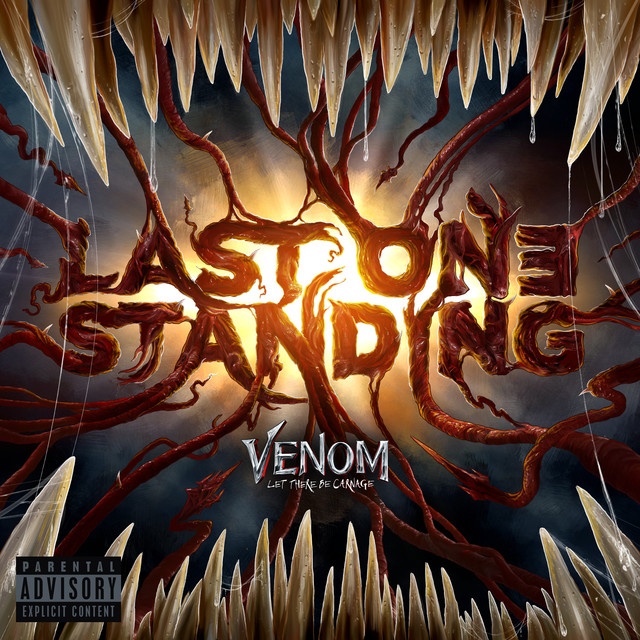 [Chorus: Skylar Grey]
Now you see me standin’ in the lights
But you never saw my sacrifice
Or all the nights I had to struggle to survive
Had to lose it all to win the fight
I had to fall so many times (Oh-oh-oh)
Now I’m the last one standin’

[Verse 1: Polo G]
Uh, you weren’t with me on the cold block nights
Now you front row for the spotlight
Now the diamonds in the Audemars bright
Jets overseas for a far flight
Young nigga on bullshit, and I ball on ’em, Bill Cartwright
Knew I could shine through the darkness
I guess I always been a star type
That lion in me made my heart fight
Could’ve been a victim of a opp pipe
Took a million risks just to get to this
‘Cause we ain’t the ones that the cops likе
Been so many times God tested mе
They only see the answers I got right
They commentin’ all on the blogs
Tryna tell me how to live my life
And I waited so patiently
If you could take off, don’t wait for me
No days off, grind faithfully
I keep thankin’ God for savin’ me
Front line, showcasin’ our bravery
I know that top spot, it was made for me
It all paid off, so we felt the struggle so painfully

[Chorus: Skylar Grey]
Now you see me standin’ in the lights
But you never saw my sacrifice
Or all the nights I had to struggle to survive
Had to lose it all to win the fight
I had to fall so many times (Oh-oh-oh)
Now I’m the last one standin’

[Verse 2: Mozzy]
Yeah, you know the code we gotta live by
Never mind all the ice cubes on this wrist, wearin’ the big body
Live by the gun, get bodied, or it’s hella time in that cell
It was hella times where I failed
When I had to double back from them Ls
Bet he don’t double back when he tell
‘Cause it ain’t no comin’ back when you tell
Why would you leave me here by myself? A nigga be lonely
Ayy, I blew the whole bag on they flights, ain’t leavin’ the homies
If he really gang, then get him a chain, no cubic zirconies
Why’s arm in a stogie, stood firm, never folded
Furthest thing from a rodent, you put the jacket on and you bogus
Yeah, big dawg and they know it
I had to spin-off to stay focused
Longev’ on the motion
We don’t abandon ship when it’s hopeless
Sound of the microphone, and they know

[Verse 3: Eminem]
Y’all say (What?), I’ve changed (Huh?)
Really, though? (Tell me) How so? (I got)
Got all (What?), this bread (Yeah)
I’m still (What?), sour though (Huh)
I don’t know (I’m a), square peg (In a), round hole (Yeah)
Like a block of cheese in a paper towel roll
Rocky Balboa (I), never been no (What?), towel thrower
Even when I got kicked to the curb (Yeah)
Life knocked my dick in the dirt
I got back up, flipped it the bird
‘Til I earned the attention I yearned
Not to mention, I learned
How to turn resentment and hurt
To an unquenchable thirst, in the simplest terms
It’s revenge of the nerd, in every sense of the word
But all you see is the fame and the millions
You don’t see the strength, the resilience (Nah)
How I rack my brain but it feels as if I’m tryna explain it to children (Damn)
So a lot of this pain isn’t healin’, no escapin’ it, this anger is spilling
Almost like recreatin’ a feelin’ of 9/11 when the second plane hit the building
So let ’em paint you the villain
Some of this just may be a symptom (Yeah)
Of havin’ way too much income (Mm)
But when you struggled every day just to get some (Yeah)
Now all of this hate is a syndrome (Yuh)
When they can’t relate, and that stems from (What?)
Money lookin’ like it grows on trees
Yeah, they’re green but those aren’t leaves (Leaves)
Sufficed to say, with every sacrifice I made
It’s like I gave up my life to fame
All the nights that I lied awake
Nights I stayed up to write and pray
Had to claw, scratch, and fight my way
Just follow me, and I’ll light the way
Look to the hook if your sky look grey (Skylar Grey)
And rappers, how can we be on the same level now
When I gotta look down and see these clowns that are on the ground?
Bitch, I got the clouds beneath me
Ever since I put out the EP to the height of 2003 me
You ain’t see the struggle to make it out the D
Because I made it somehow look easy