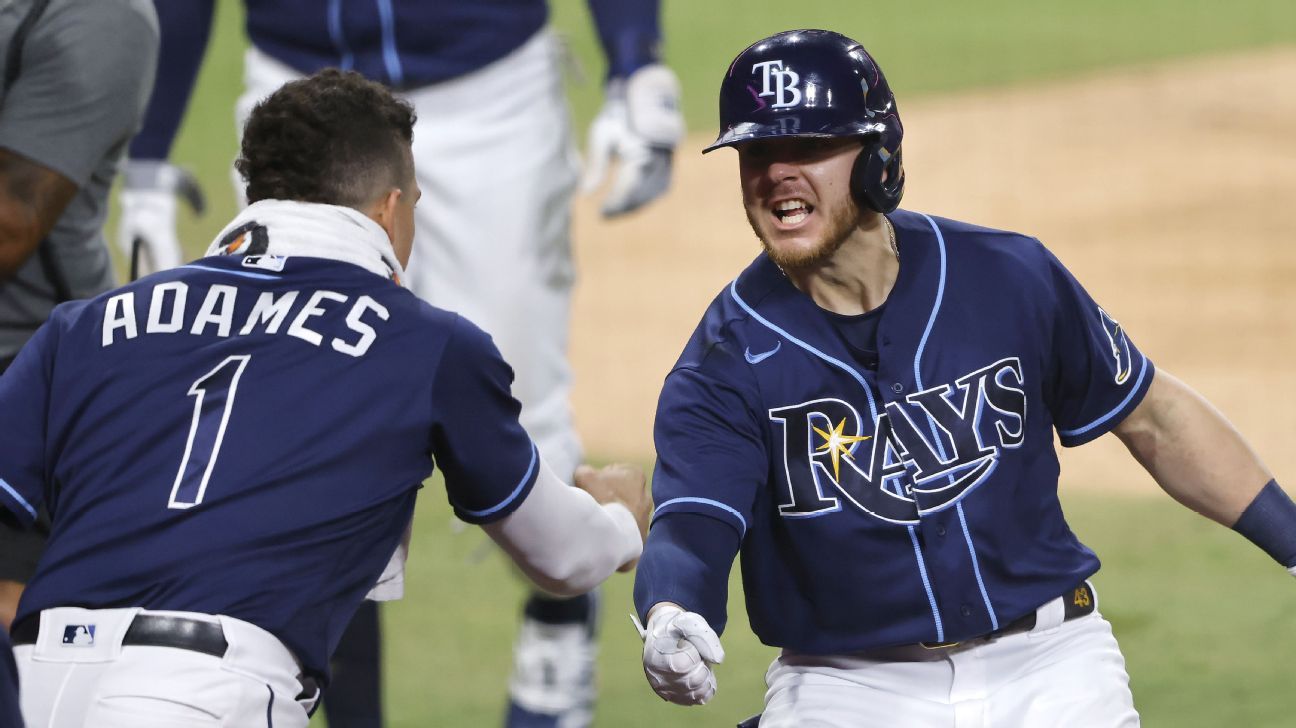 When the No. 1 seed in a Major League Baseball postseason bracket wins its series to advance, it’s worth celebrating a bit, right? But when it’s the Tampa Bay Rays taking down their biggest rivals in the AL East division, the New York Yankees, it’s worth savoring every minute of the experience, even in a fan-free neutral site stadium far from their fans back in Florida.

First, let’s remember the reason the Rays were euphoric about putting away the Yankees in their Game 5 win:

Don’t laugh, baseball poetry is totally a thing, on and off the diamond. And Mike Brosseau’s solo home run in the eighth inning provided the margin Tampa Bay needed to win the elimination game 2-1. Players watching from home liked what they saw too:

What a damn game! What a game. Couldn’t think of a more perfectly dramatic way for it to end. Post season baseball at its finest! Great performances all over the field today from both teams. @RaysBaseball @Yankees

Postgame, the Rays immediately got into the spirit of things by trolling the Yankees and just about every borough of the Big Apple:

The Rays blasted “Empire State of Mind” after beating the Yankees 💀 (via @WhistleSports) pic.twitter.com/wWzcbs7StX

I want the Rays to make it to the World Series because it means
1) the Astros lose
2) dance battle https://t.co/6FU7tklapR

… and from what we’ve seen of Phillips’ dance moves since he was traded to the Rays at the end of August, there definitely is plenty to look forward to:

#Rays catcher Michael Perez uploaded one of best videos of 2020. Here’s Brett Phillips getting into a dance battle (!!) with Randy Arozarena. pic.twitter.com/QNWhhcMXye

But the Rays weren’t just looking back. They also have their eye on their next series, making light of their ALCS rivals’ history with performance-enhancing trash cans in the past:

What about the Houston Astros? The conversation there is still about their past sign-stealing scandal as much as their current winning to reach the ALCS:

Jeff Passan breaks down how the Astros have made it to the ALCS for the fourth consecutive season, even amid fallout from their cheating scandal.

Whatever happens in the ALCS between the Astros and Rays, everybody wins because there’s more baseball on Sunday, when these two teams square off: