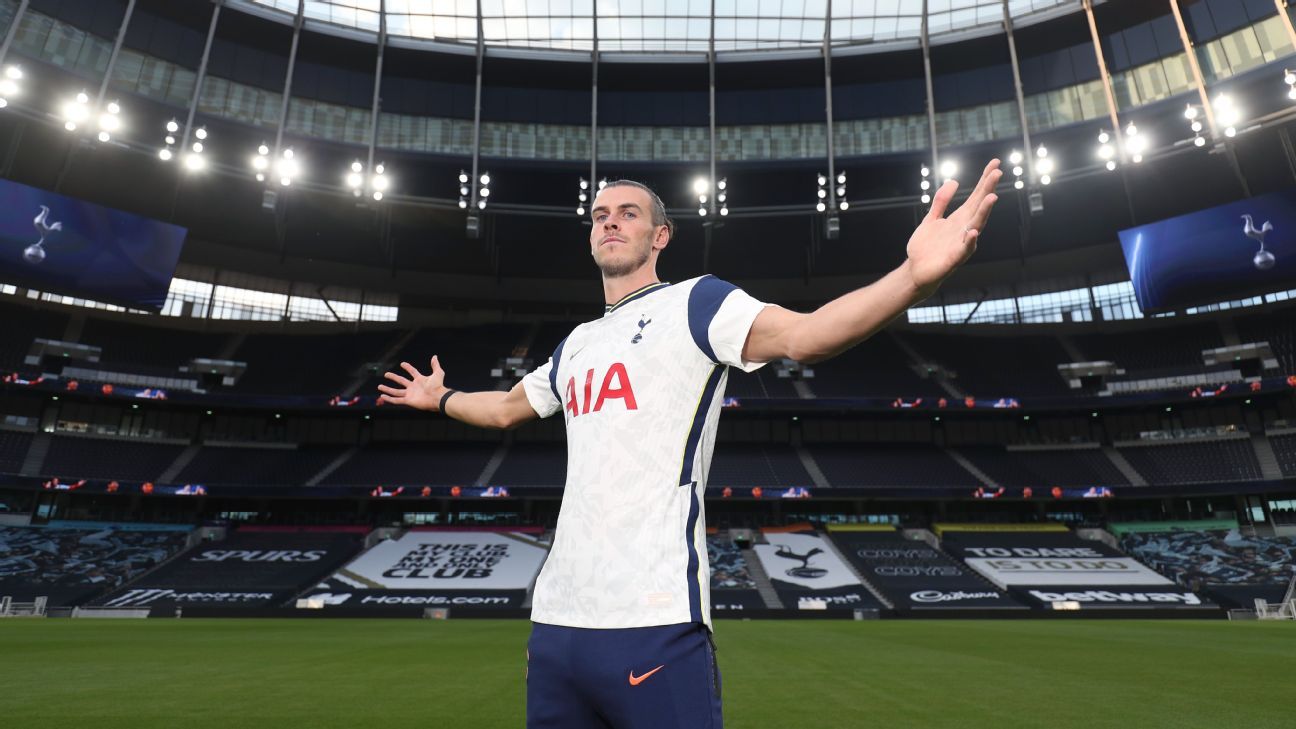 With the international break over and focus returning to domestic matters, now is a good time to check in on some of the big-name signings who are yet to make their Premier League debuts.

Whether through timing or injury, several notable newcomers are still awaiting the chance to take to the pitch for the first time, with fans eager to see them in action.

The squad reinforcements could hardly be better timed. The next international break is little more than three weeks away, but in that time we will have four rounds of Premier League fixtures and an additional three matches for those clubs involved in European competitions.

So as club football returns to the fore, here’s a look at some of the biggest names who are ready and raring to do likewise for the first (or perhaps second) time.

To all the Spurs fans, after 7 years, I’m back! #COYS @SpursOfficial https://t.co/NbAaUWefQP pic.twitter.com/zGk37PnQe9

It’s been almost month since Bale sealed his prodigal return to Tottenham Hotspur on loan from Real Madrid on Sept. 19.

However, the Wales international arrived back in North London nursing a knee injury which prevented him from hitting the ground running in both a metaphorical and literal sense.

Unable to take part for the first few weeks, Bale has instead been forced to watch on intently from the stands, applauding goals and cheering on his new teammates — who have, incidentally, remained unbeaten in their six matches since his return and scored 23 goals in that time.

Roughly one month on from Bale’s grand unveiling, Spurs fans were heartened this week to see footage of their main man finally returning to first-team training, watching on with giddy anticipation as he sprinted about, fired balls at goal and generally made reserve goalkeeper Joe Hart look a bit foolish.

As things stand, the 31-year-old forward may be all set to make his second debut for Spurs in their upcoming derby clash against West Ham United on Sunday.

Cavani was plucked from free agency/sabbatical by Manchester United on the Oct. 5 transfer deadline, the very day after Ole Gunnar Solskjaer’s hapless side were obliterated 6-1 by Tottenham at Old Trafford.

Thankfully, the risible result didn’t spark a dramatic U-turn from their new Uruguayan striker, who cemented his intent by taking the famed No.7 shirt formerly inhabited by a long line of luminaries in the club’s grand pantheon (and Alexis Sanchez).

“It will give me great pride to wear the No. 7 shirt for Manchester United,” Cavani told ESPN’s 90 Minutos. “Now I am going to prepare for this responsibility, do my best to be ready and enjoy it and I hope to make my mark at Manchester United.”

Having been released by Paris Saint-Germain in May, Cavani returned home to Montevideo where he maintained his fitness and agility by indulging in his passion of ballet.

Unfortunately, the 33-year-old remains ineligible to make his debut for at least another week as rules around the Covid-19 pandemic mean he must remain in quarantine until Sunday, the day after United’s upcoming trip to Newcastle United. On the plus side, this raises the tantalising prospect that he could make his United debut against PSG in their opening Champions League group game on Tuesday.

No wonder he’s keeping himself busy at home in preparation.

A transfer saga that rumbled on in the background for months over the summer, Arsenal finally signed Partey on deadline day.

With the window beginning to close on them, the Gunners eventually agreed to meet Atletico Madrid’s €50m release clause in order to get their man, much to the Spanish club’s annoyance.

Slightly strangely, the Ghana midfielder then described himself as “an octopus” in his first interview since joining the club.

“I always say, if I would be an animal, I would be an octopus,” the 27-year-old said. “I remember when I was [playing for] Almeria they called me ‘The Octopus’ because I stole a lot of balls.”

Partey even has a tattoo of an eight-limbed mollusc on his left arm in reference to his nickname. That said, he also has a tattoo of his own face on his right arm — so read into that what you will.

Still, his performances over the international break — including setting up two goals in two minutes as Ghana beat Qatar 5-1 — and manager Mikel Arteta’s assertion that the midfielder is “fit and willing” to play against Manchester City on Saturday mean that Arsenal fans will be licking their lips at the prospect of seeing The Octopus on the menu this weekend.

Frank Lampard will need to work some magic to fit Hakim Ziyech into Chelsea’s midfield, according to Craig Burley.

While fellow attacking signings Kai Havertz and Timo Werner have gone straight into the first-team picture at Chelsea, Ziyech has been forced to delay his debut by over a month.

Despite having his transfer for a €44m fee from Ajax initially announced back in January, Ziyech is yet to feature for the Blues after suffering a knee injury during his maiden appearance in a preseason friendly in August, just two weeks before the start of the Premier League season.

The Morocco international confirmed his progress earlier this month with a three-word message on Instagram, assuring everybody he was working back to full fitness “step by step”.

The good news is that Ziyech has been training for a while now, along with fellow injured forward Christian Pulisic, and his recent pose for official pictures in full kit will raise hopes that he could make his long-awaited bow for Frank Lampard’s side this coming weekend when they welcome Southampton to Stamford Bridge on Saturday.

Lampard said before the international break: “Of course, it is a huge miss for us not to have Christian and Hakim fit at this stage of the season. We are all excited to [see them] start.

“Christian has been here for a year so he doesn’t have that bedding in process that was part of last year. Hakim is going to bring something completely different for us and I think they will help compliment, not just Kai and Timo, but the attacking players that we have because again we will need to be able to use different players throughout the course of a season. I’m very excited to have those players fit.

“Timo and Kai don’t have necessarily favourite positions but I have a clear idea of where I want them to play. At the moment, injuries have not made that possible and you have to be adaptable in those difficult times.” 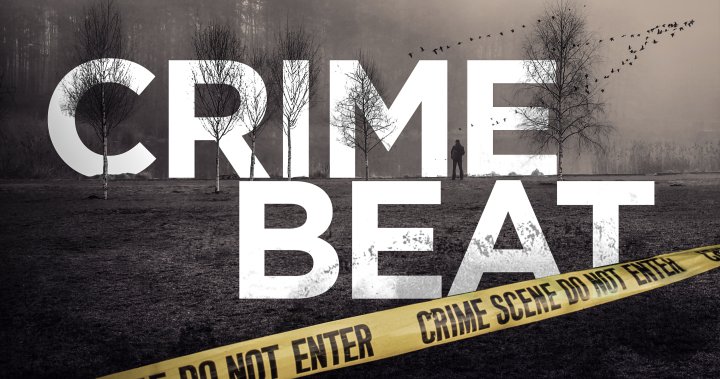 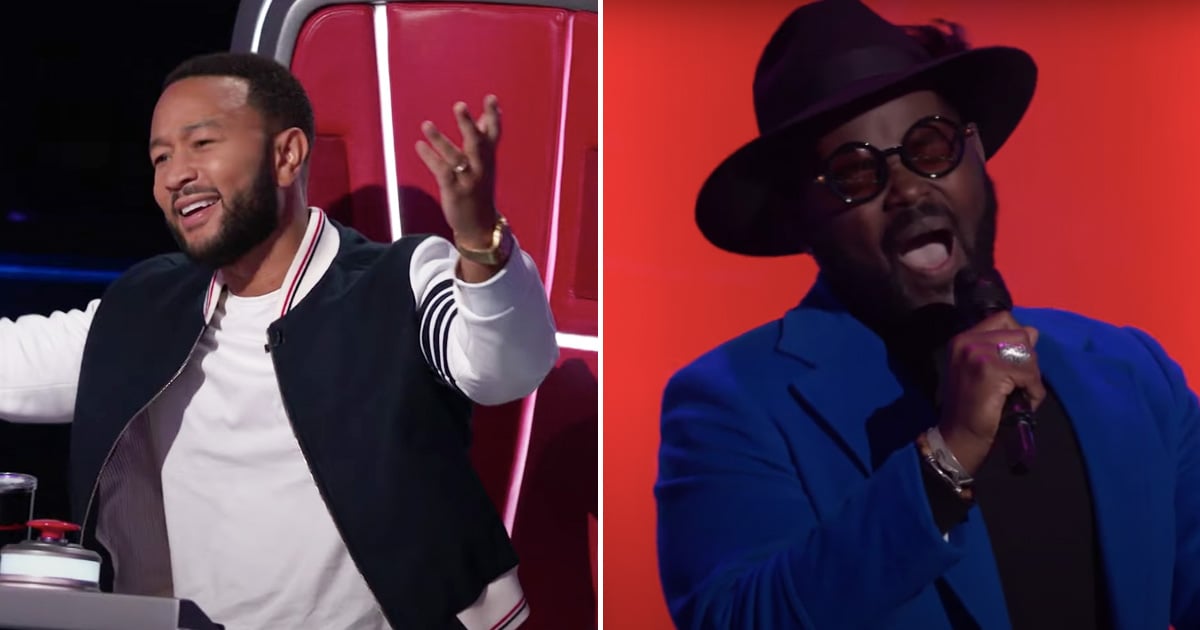 This Voice Singer Was So Good, John Legend Turned His Chair on the Very First Note

We will have John Holiday’s voice stuck in our head for days, thanks to his performance on The Voice. During... 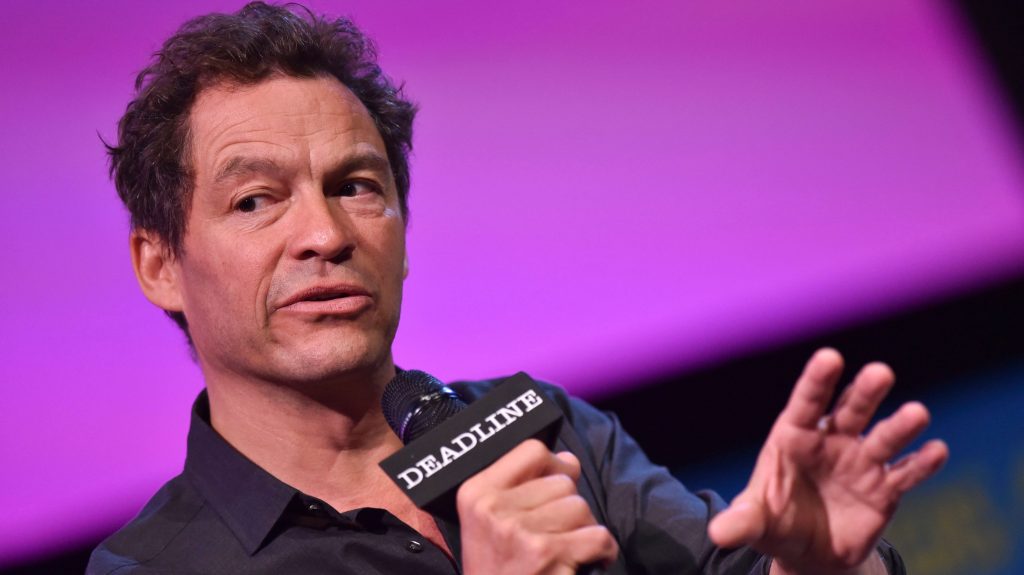 ‘The Crown’: Dominic West In Talks To Play Prince Charles

The Wire and The Affair actor Dominic West is in talks with Left Bank Pictures and Netflix over starring as... 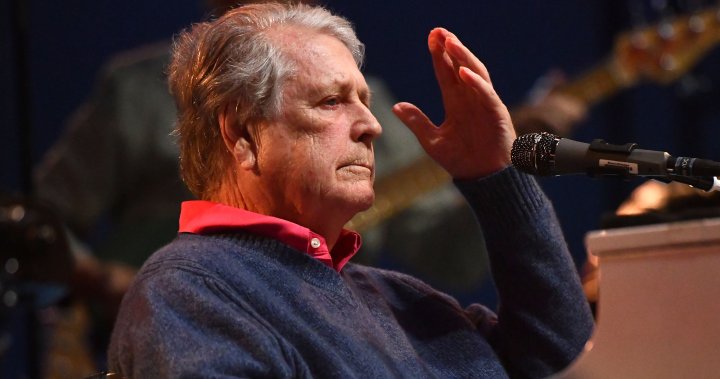 Brian Wilson of the Beach Boys was surprised to discover his band played at a Los Angeles Donald Trump fundraiser... 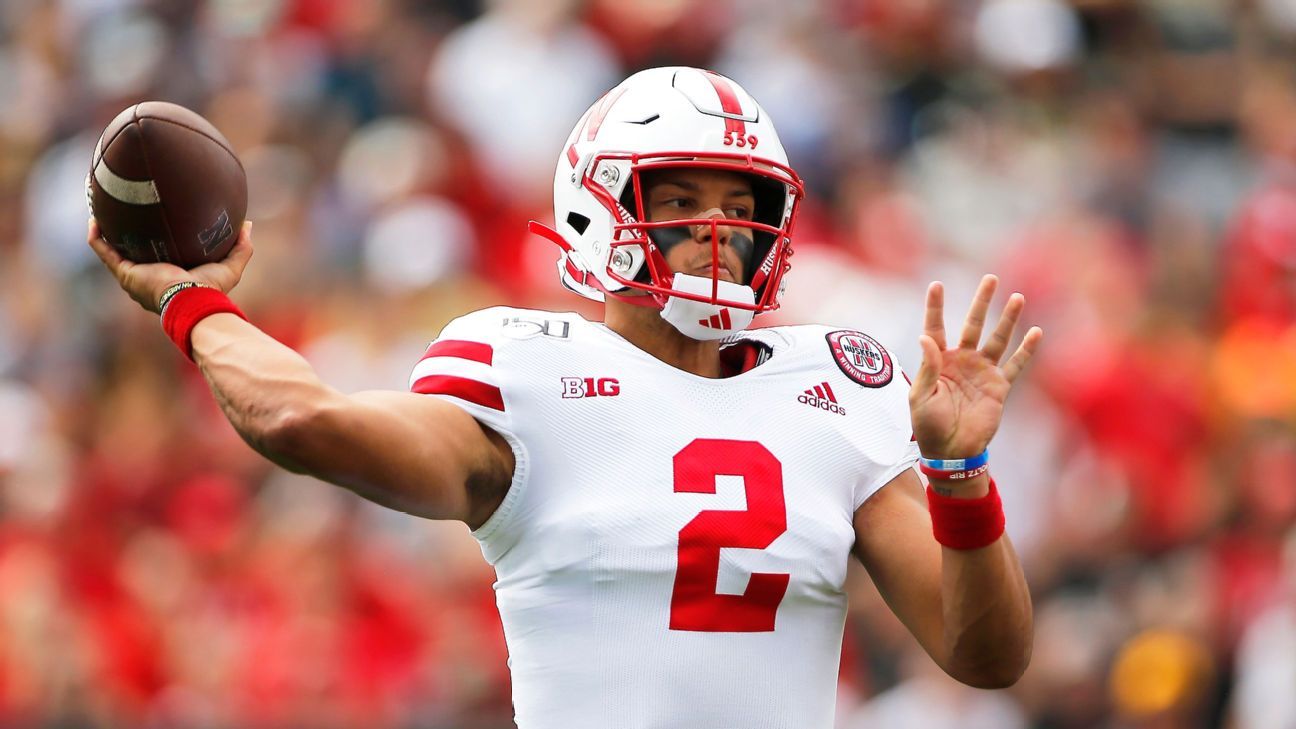 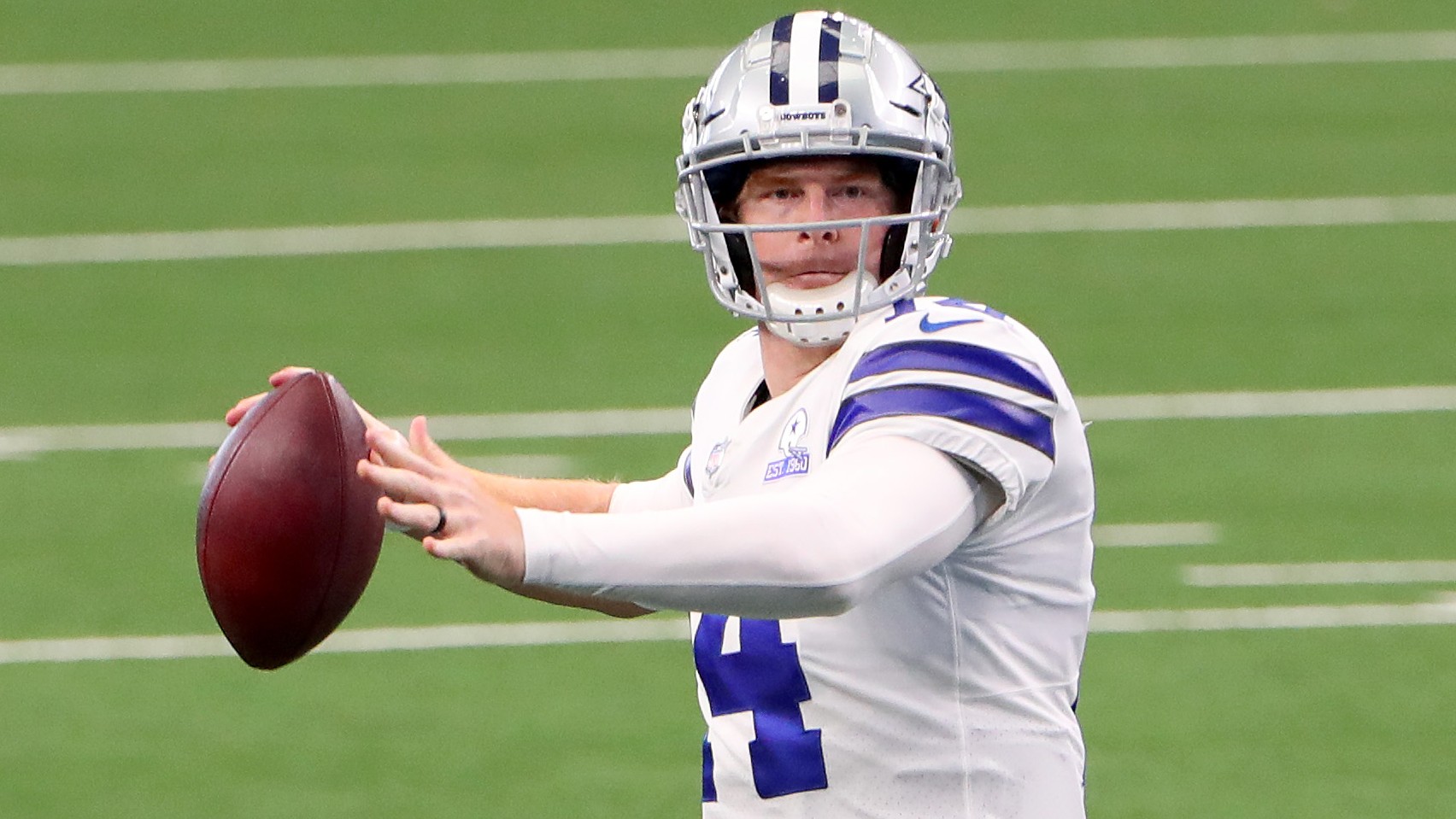 Andy Dalton’s contract with Cowboys: How much can QB earn as Dallas’ starter in 2020?

When the Cowboys signed quarterback Andy Dalton in May, some thought he was a contingency plan for the team not...