Penn National Gaming, based in the United States, will buy TheScore for $2 billion. 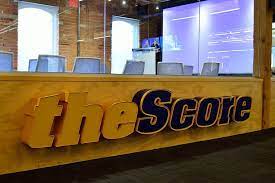 Penn National Gaming, based in the United States, will buy TheScore for $2 billion.

The Score Media and Gaming (SCR.TO)(SCR), a Canadian sports betting and media company, is slated to be acquired by Pennsylvania-based Penn National Gaming (PENN) for $2 billion in cash and equity.

In a joint news statement issued on Thursday, the firms stated that the merger will create “North America’s leading digital sports content, gaming, and technology enterprise.” Penn is the owner of Barstool Sports, a renowned online sportsbook.

Following the passage of Bill C-218, legislation allowing bets on individual sporting events, major American gaming companies have focused their attention on Canada’s sports betting sector in recent months. The surge in interest fueled suspicion that theScore might eventually end up in the hands of the United States. Before launching in Canada, the firm has launched its digital sports book in four US states, with intentions to expand.

In a statement, Penn National CEO Jay Snowden said, “We are now uniquely positioned to seamlessly serve our customers with the most powerful ecosystem of sports, gaming and media in North America, ultimately creating a community that doesn’t currently exist.”

Since 2019, TheScore and Penn have established a strategic collaboration that allows TheScore to obtain sports betting licences in states where Penn operates casinos and racetracks. According to analysts who spoke with Yahoo Finance Canada recently, theScore’s betting app has approximately a 1% market share in the U.S. states where it’s launched, while larger rivals like DraftKings (DKNG) spend more on advertising and marketing than the much smaller Canadian company. TheScore’s sports betting performance is projected to be better in Canada, where the business has amassed a sizable following through its flagship sports news and statistics mobile app.

On Thursday, pre-market trading for the Toronto-based firm was halted. TheScore stockholders will get $17 in cash and 0.2398 of a Penn National share for each share in theScore under the terms of the agreement. Penn National and theScore stockholders will own roughly 93 percent and 7% of the merged company’s outstanding shares, respectively, if the merger is completed.

Regulators, gaming authorities, and theScore’s shareholders must approve the transaction. Relay Ventures, a significant shareholder in theScore, and CEO John Levy signed voting support agreements with Penn National, according to a news release. According to the companies, this represents about 30 percent of the voting shares of theScore that are currently outstanding.

John Levy founded theScore in the mid-1990s as a cable TV channel that broadcast text-based sports scores and statistics before selling the channel to Rogers Communications (RCI-B.TO) and transitioning to a digital media model. The Levy family will continue to run theScore as a separate business, according to Penn’s announcement.

Two companies that share a vision for how media and gaming intersect are brought together in this deal, according to the release. North America is poised to benefit from our innovative and technologically-driven integrated media and gaming business, including the highly anticipated upcoming rollout of commercial sports betting in Canada.

According to Matias Dorta, an analyst at New York-based Roundhill Investments, “theScore’s value could be an acquisition target for a US company.” Dorta asked the company if it was trying to “conquer as much land as possible” south of the border in anticipation of a deal with Mexico.

It is valuable to know even the footprint of something, he said in an interview. Potential acquirers may be interested in a company like theScore, which, let’s say, has a significant market position in Canada, but only has the licences and fiscal [details] figured out on the U.S. side after being live in 10 states.

Canadians could bet up to $28 billion a year after single-sport betting becomes legal, according to Deloitte Canada. This past month, Bill C-218 cleared its final political hurdle in Canada’s Senate and became law. As of yet, neither Justin Trudeau nor the Justice Department has announced when the new law will take effect.