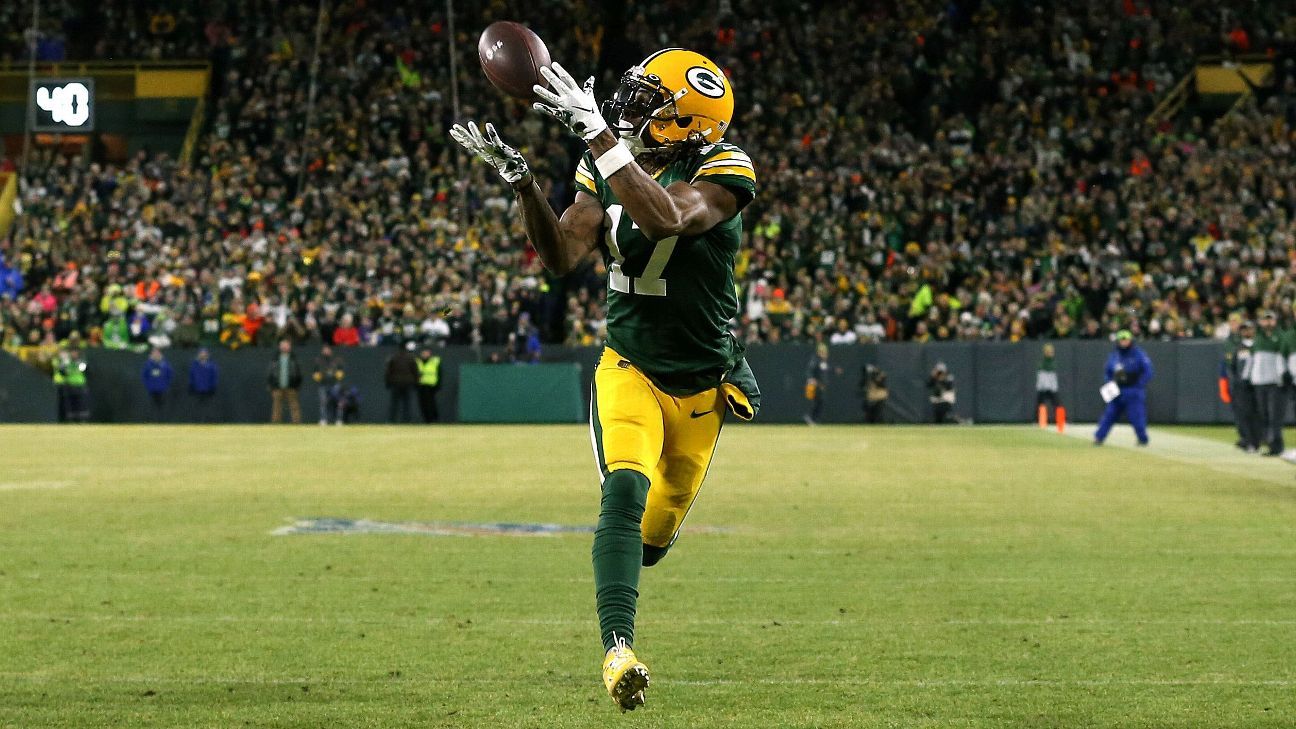 GREEN BAY, Wis. — Davante Adams made no apologies for his desire to play — and even play hurt — but the Green Bay Packers receiver admitted that frustration led to his since-deleted tweet on the morning of his team’s most recent game Oct. 5 against the Falcons, when he said it was the team’s decision — not his — to hold him out.

“It’s not too much to read into it to say I was frustrated,” Adams said Wednesday. “Obviously, I’m a competitor.

I think everybody knows that. Everybody knows what I’m about and how I play football. I don’t necessarily, obviously, understand what the club’s interest [is] and everything that goes with it.

“But being a competitor, like I said, and me being who I am and how I’m wired, even if I’m not 100 percent, which I said obviously at that point I felt great to play.

But even if I’m not 100 percent, I mean, I’ve played few football games feeling 100 percent. So at the end of the day, a lot of that factored into the decision.”

Although Adams did not put a percentage on the health of his hamstring Wednesday, he appears on track to play Sunday for the undefeated Packers (4-0) against the Tampa Bay Buccaneers (3-2) in the third meeting between future Hall of Fame quarterbacks Aaron Rodgers and Tom Brady.

Adams, who caught a career-high 14 passes in the season opener before he suffered his injury in Week 2, practiced Wednesday as a full participant.

He practiced on a limited basis leading into the Week 4 game against Atlanta. The Packers had their bye last week, which could have factored into the team’s decision to hold Adams out the previous week.

“Hamstring feels good,” Adams said after practice. “It feels even better than it was at that point, when the tweet was put out.”

Coach Matt LaFleur said he didn’t tell Adams to take down the tweet, but Adams said he did it because “that was the best thing to do.

A little frustrated when it happened, obviously, but then decided to take it down just so there were no distractions on game day, and my teammates could go out there and take care of business without hearing about too much extra stuff.”

The Packers have won all six games that Adams has missed the past two seasons. They played without their top two receivers against the Falcons because Allen Lazard went on injured reserve following core muscle surgery.

“We’ll just see how his body responds,” LaFleur said. “I know ‘Te has done everything in his power, just like he did two weeks ago before we played Atlanta.

He’s always doing whatever he can to get out on the field to play with his teammates because he knows he’s an important part of what we’re trying to get done here. He’s a great player, and I love the way he approaches everything.”

If there’s preemptive concern about injury heading into Tampa Bay, perhaps it should be about Rodgers.

He has sustained two injuries at Raymond James Stadium: a shoulder injury in 2008 and a calf injury in 2014 that he blamed at the time on “the poor surface in Tampa.” The Packers have not played in Tampa since that 2014 game.

“I’m hoping that the third time is the charm,” Rodgers said. “Yeah, have had a couple rough ones down there, but it kind of is what it is. They’ve had a lot of play over the years on that surface.

I’m not sure what the surface looks like [now], not having played there, like you said, since ’14. But trying to buck that trend here in 2020. And hoping that that’s the reality.”