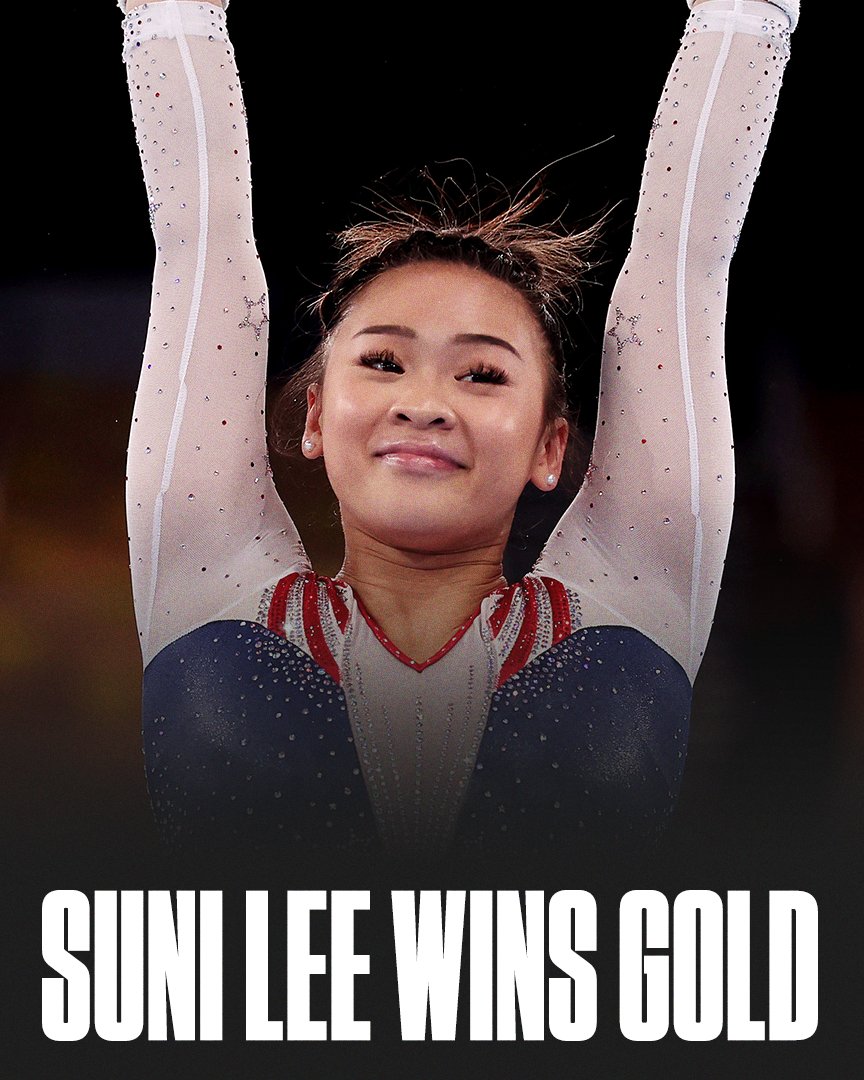 The United States won the women’s gymnastics all-around gold medal for the sixth time in a row at the Olympics. Despite the absence of Simone Biles, Team USA was able to win owing to Suni Lee’s outstanding performance.

Lee spent the entire day in a tight, contested final. Her rotation included herself, Jade Carey, Angelina Melnikova, and Vladislava Urazova of the Russian Olympic Committee, Nina Derwael of Belgium, and Rebeca Andrade of Brazil.

A GOLDEN MOMENT FOR SUNI LEE 👏

SHE WINS GOLD IN THE ALL-AROUND 🥇 pic.twitter.com/R4QClkSrQk

The players competed for the lead throughout the competition. Andrade kept it through the vault and uneven bars in the first two rotations.

Lee was able to gain a tiny lead over Urazova and Andrade following a solid beam routine. Lee was helped by Andrade stepping out of bounds twice during the floor competition as she hung on to win.

Lee won the all-around competition with a score of 57.433, a margin of fewer than 0.2 points over Andrade. Melnikova and Urazova were also within a half-point of the lead.

The US has won five consecutive gold medals in the women’s all-around competition since 2004.

Watch her video below: