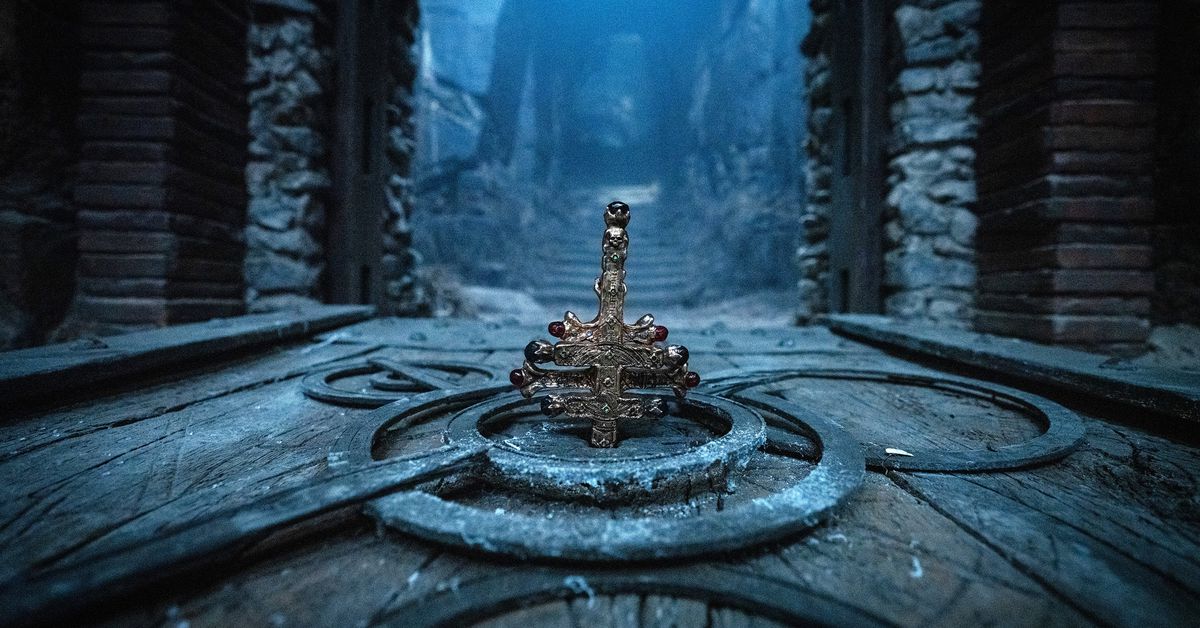 After nearly 12 years of false starts, director swaps, and recastings, Sony Pictures’ live-action Uncharted movie is actually happening. To celebrate the occasion of filming, which is taking place under strict COVID-19 safety protocols, the original Nathan Drake stopped by the set to pass the torch to the new Nathan Drake, played by Spider-Man: Far From Home actor Tom Holland.

“Like looking into a mirror!” actor Nolan North, who voiced Drake in Naughty Dog’s original Uncharted games, tweeted on Thursday. “Proud to have @TomHolland1996 continuing the Drake legacy! Absolutely smashing it! Thanks for the set visit!!”

Here’s the full photo of North and Holland, as they likely discuss how hard North should wink at the camera when he inevitably makes a cameo in the film:

Two additional photos show props from the film, including a jeweled relic hanging out in the middle of a crypt, and a close-up shot of an open copy of The Life of Ferdinand Magellan, and the First Circumnavigation of the Globe, Francis Henry Hill Guillemard’s 1890 biography of the explorer. The book may hint at the movie’s eventual plot, which is not expected to be based on any of the games.

Uncharted, which — based on Holland’s Instagram — appears to be shooting outside of Valencia, Spain, at the small coastal town of Xàbia, was scheduled to begin filming earlier this year, before the pandemic swept in and sent every Hollywood production into lockdown. Photos shared by Holland in July teased that production was gearing up, and now the film is finally underway after losing directors like David O. Russell, Neil Burger, Seth Gordon, Dan Trachtenberg, and Travis Knight along the way. This version of the film is helmed (for now) by Venom’s Ruben Fleischer.