Music to Be Murdered By: Side B Lyrics and Tracklist 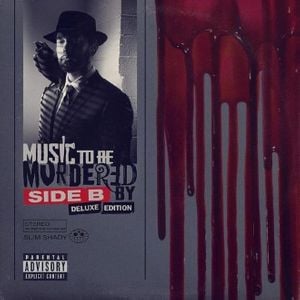 Eminem officially unleashed the Side B sequel to his January album, Music to Be Murdered By. The project is Em’s 12th album and his first time dropping two studio albums in a calendar year (although the gap between December 2017’s Revival and August 2018’s Kamikaze is technically smaller).

Earlier this year, Em explained that he was inspired to create the project from an old Hitchcock sample Dr. Dre once used. “I started thinking like, ‘Yo that whole concept is crazy, Music to be Murdered By,’” he said. “I wonder if I could play off this whole Alfred Hitchcock thing. And then Dre started hitting me with ideas and was like, ‘Yo you need to listen to this album that he has.’ So he sent me the link to that. I started listening, and I was like, ‘Yo, I could base this whole album off that.’

Music to Be Murdered By: Side B Tracklist

She Loves Me Lyrics

In Too Deep Lyrics