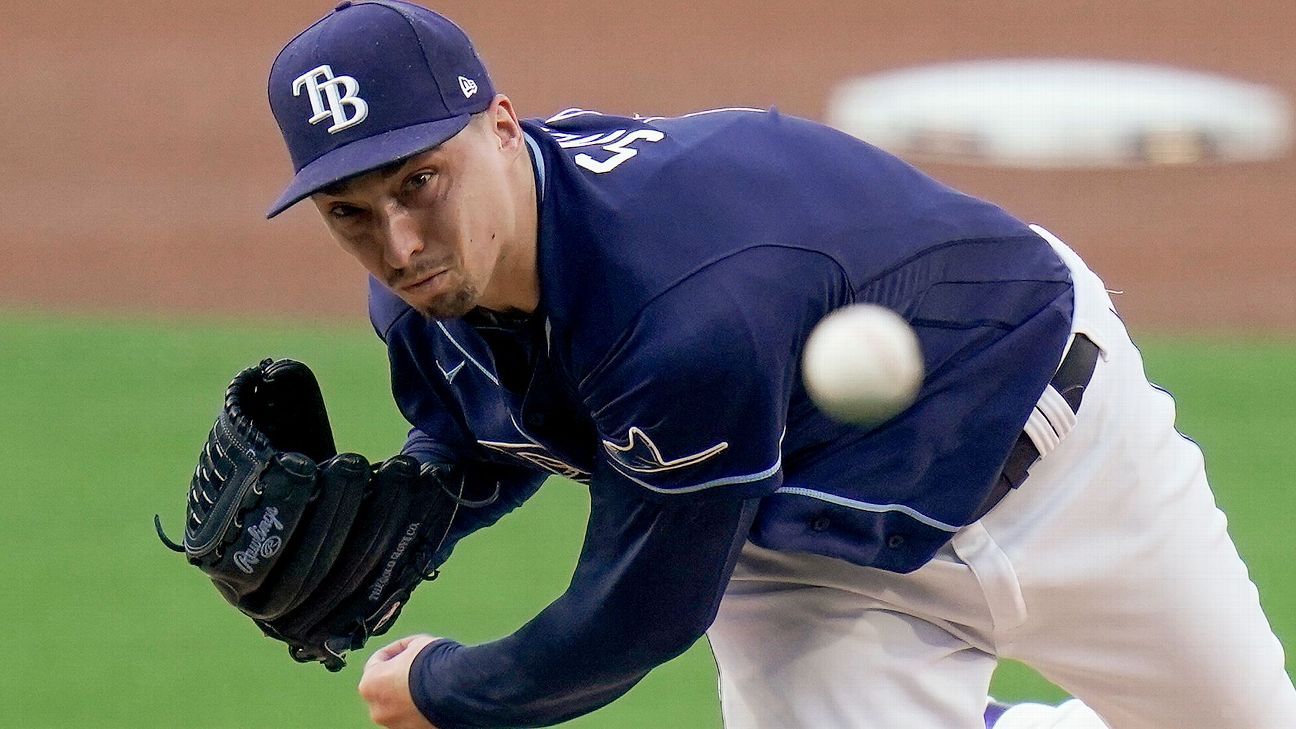 Even though only one division series among the MLB quartet of matchups went the full five-game distance, we’re back in action after a one-day break with the American League Championship Series of the 2020 MLB playoffs getting into gear, pitting the defending AL champs from Houston against the top-seeded team from Tampa Bay. It’s the last break the two teams will get until one of them is eliminated, and one is headed to the World Series.

All times Eastern; all series best-of-seven played at neutral sites

It’s easy to look at both championship series and fixate on the possibility of seven games and seven days, and look at each matchup as it were overlaid with a seven-day grid. That’s not how the postseason works though, and even in a compressed format such as this, clubs will worry about winning the game at hand, first and foremost.

Still, it will be interesting to see how much rope the manager will give their respective starters in Game 1. Houston’s Valdez has thrown at least seven innings in seven of his 13 outings this season, including the playoffs, and the Rays’ Snell has not completed as many as six innings in a single start this season. The Rays have always been proactive at getting to the bullpen early and often, and with former Tampa Bay exec James Click now running the front office of the Astros, Houston has taken on more of that Rays-like, pitch-to-the-leverage identity.

Still, when you consider the possible challenge of seven games in seven days, and add the fact the Rays will have had only one day off after clinching their ALDS series against the Yankees on Friday, the ability of one or both starters to work relatively deep could help set up either team for the rest of the series. — Bradford Doolittle

Updated odds for every series

Hot take of the day

As ESPN celebrates Hispanic Heritage Month, we examine the talented and charismatic crop of superstars to determine the current Latino face of baseball.

Heel, noun, ˈhēl : In professional wrestling, it is defined by Merriam-Webster as a combatant who takes the role of the unsympathetic antagonist or adversary. And don’t the Astros know it. There is nothing more appropriate for this bizarre, shortest and longest of seasons than seeing the Astros back in the ALCS. The Rays and their exceptional stable of pitchers should have their hands full with a club continuing to try to prove that it could have won in 2017 without cheating. Yet, we’ll never know.

Or will we? Though an underdog against the pitching-rich Rays, the Astros, inconsistent all season, seem to be peaking at the right time. MLB, and those who worry about TV ratings, are salivating at the possibility of an Astros-Dodgers rematch. There is no way Houston can be more of a hated villain, even making every “face” a hero. Even the blue-blood, big-budget, second-highest prorated payroll in baseball, the Dodgers. — Marly Rivera

As David Schoenfield brought up in our review of what we’ve learned from this postseason, teams that outhomer their opponents in this year’s postseason games are 22-1 so far. So when the Rays and Astros try trading fence-busters and moon shots, keep that in mind.

The Rays put away the Yankees in Game 5 of their division series, powered by Mike Brosseau‘s eighth-inning solo shot off New York closer Aroldis Chapman to provide Tampa Bay with its decisive lead in a 2-1 victory, leaving New York with plenty of time to consider how to answer their key offseason questions. And then the Rays went to town enjoying their victory.

The stage was set for another Fernando Tatis Jr. moment, but Cody Bellinger snatched it away. Bellinger’s home run robbery, plucking what would have been a go-ahead shot by Tatis in the seventh inning of Game 2 of the NLDS, kept the Padres at bay — barely — and will take its place in Dodgers lore, particularly if L.A. wins it all.

The Astros’ offensive juggernaut has been in high gear, and the leader of the pack is Carlos Correa, who hit a go-ahead three-run homer in the division series clincher against the A’s. Through six games, the numbers are staggering: 10-for-20, four home runs, 12 RBIs, a 1.715 OPS. Correa’s 12 RBIs are tied for the second-most ever in a team’s first six postseason games, and his 11 RBIs against Oakland are tied for the most by a shortstop in any series in postseason history (matching Boston’s Nomar Garciaparra, 1998 LDS vs. Cleveland).