Lady Gaga Performs At Joe Biden’s Closing Campaign Rally: “It’s Going To Be Very Clear What This Country Is, Tomorrow” 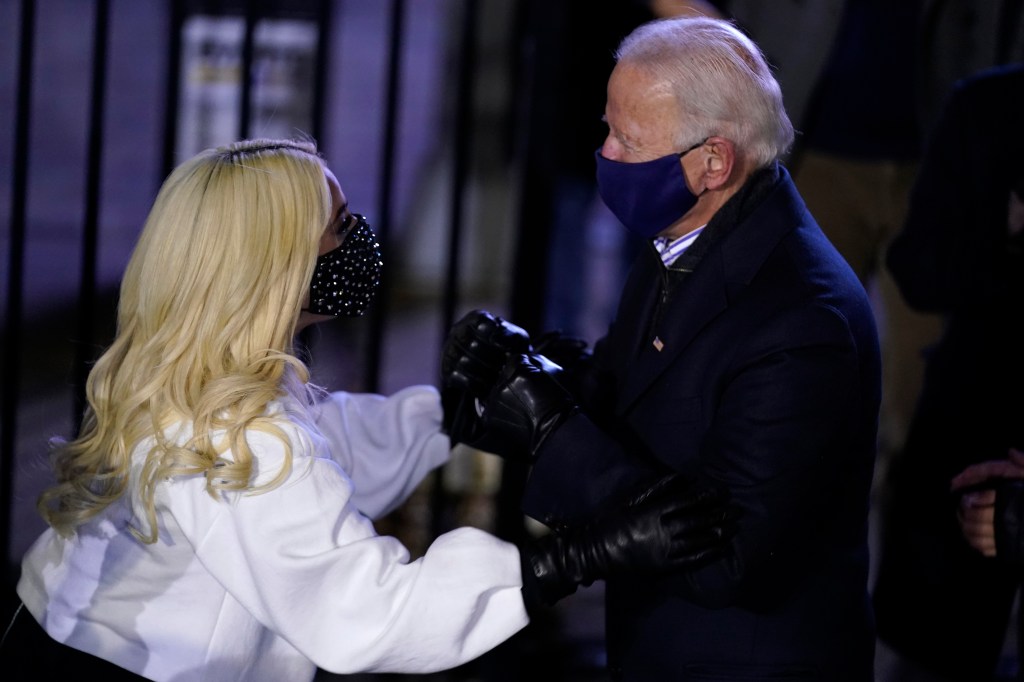 Lady Gaga blasted Donald Trump for the comments he made in the infamous Access Hollywood tape as she performed for Joe Biden in his closing campaign rally in Pittsburgh.

“Now is your chance to vote against Donald Trump, a man who believes his fame gives him the right to grab one of your daughters or sisters or mothers or wives by any part of their bodies,” she told the drive-in audience. “Vote for Joe. He’s a good person.”

Gaga performed Shallow and other songs, and talked about her long friendship with the Democratic nominee.

“I’ve known Joe for a long time,” she said. “I remember when I was hanging out with him one day and I was like, ‘So you’re going to run for president, right?’ And we had a little talk and he did it. But I was like, ‘Listen, we need you, because we needed somebody that was going to bring us all together for this moment, this very important moment. It’s going to be clear what this country is, tomorrow.”

Trump’s campaign has seized on Gaga’s support for an anti-fracking group back in 2012, while the president told a rally earlier in the day, “I could tell you plenty of stories about Lady Gaga.”

But Biden’s campaign has enlisted an army of A-list talent to appear in campaign spots, headline fundraisers and perform at rallies, a marked contrast to the relatively few showbiz figures who have come out publicly for Trump.

Just before Gaga’s appearance, John Legend performed at an event for Kamala Harris in Philadelphia, with a surprise appearance by Patti LaBelle.

“I’m a proud Penn alum but don’t hold me responsible for the behavior of all our alumni,” Legend said, referring to Trump, a graduate of Wharton School.

He also made a few biting comments about some rap artists who have spoken favorably about Trump, including Ice Cube and Lil Wayne.

“Some people see the meanness, the bullying, the selfishness of Donald Trump and they mistake it for strength, a kind of twisted masculinity. Some see his greed and they mistake it for being good at business. Some of your favorite former rappers have been taken in by these lies.” He said that Trump plan for the Black community was “nothing more than fool’s gold.”

Another surprise was an appearance of Common, who performed Glory with Legend.

“I need us to show up tomorrow in droves and show the rest of America how we can blow Trump out of the water with a blowout,” Common said, while making an appeal to get out the vote.

The fact that Biden and Harris finished out with rallies in Pennsylvania shows how important it may be in the ultimate result on Tuesday. Their celebrity supporters emphasized their ties to the state. Gaga even mentioned that she had lived in Lancaster, where she was engaged to a boyfriend in a relationship that ultimately did not pan out.