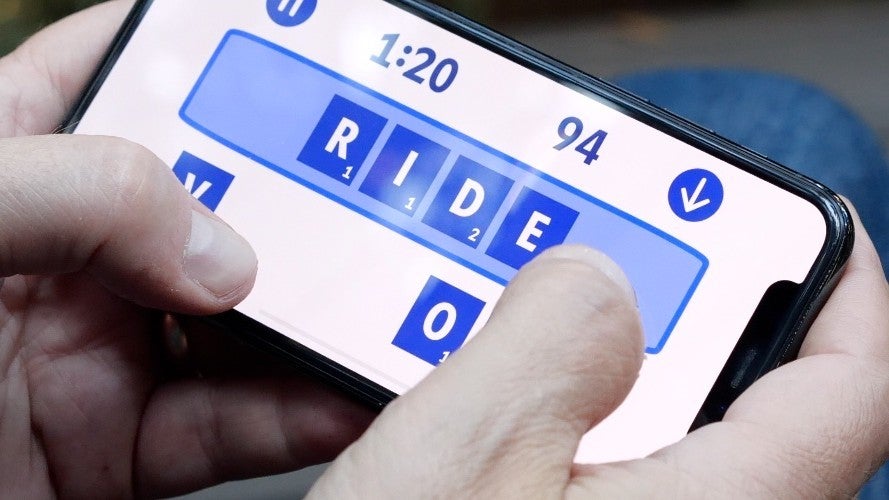 As reported by Tech Crunch, Up Spell challenges players to use a Scrabble-like collection of letters to spell out as many words as possible in two minutes. You can check out the trailer on YouTube.

Kocienda, who has never made an iOS app before Up Spell, fixated on creating a word game that would acknowledge proper names and slang. “Many games accept words like PHARAOH and PYRAMID, but not NILE or EGYPT. This doesn’t make sense to me. These are all words!,” Kocienda told Tech Crunch. An example of how Kocienda’s work influences gameplay is that a player can spell “s’ mores,” which involves an apostrophe, something many word games may not support.

A screenshot from Up Spell, from Ken Kocienda, the creator of autocorrect on iOS.

The mental strain of 2020 was also a key influence in the design of Up Spell, according to Kocienda.

“I made Up Spell a two-minute game without much in the way of gameplay gimmicks,” Kocienda says. “You just spell words. 2020 has been a rough year for everyone, and sometimes taking out two minutes to think about nothing but spelling a few words is just the kind of right kind of stress reliever. I hope Up Spell brings people a little unexpected happiness to their 2020.”

While Kocienda hopes Up Spell makes some suffering through 2020 a little happiness, players who buy the game can put a little good back out into the world. Up Spell, which is a one-time purchase of $1.99, will send 25 cents of each purchase to the San Francisco-Marin Food Bank.

IGN has reached out to Kocienda to ask if he plans to bring Up Spell to Android devices as well.

Joseph Knoop is a writer/producer for IGN, and