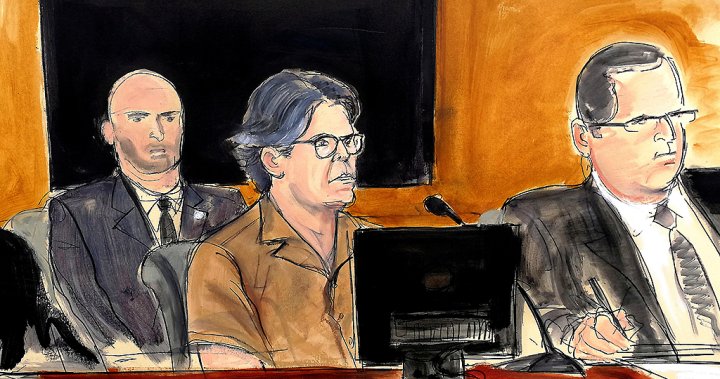 The leader of so-called “sex cult” NXIVM, Keith Raniere, has been sentenced to 120 years in prison, according to the U.S. Attorney’s Office for the Eastern District of New York.

The jury took less than five hours to deliberate after a trial that lasted around six weeks. The trial featured some disturbing details, including stories of Raniere and NXIVM members “branding” women near their genitals to mark them as part of the group.

The October court proceeding in Brooklyn culminated several years of revelations about NXIVM, which charged thousands of dollars for invitation-only self improvement courses at its headquarters near Albany, N.Y, and had branches in Mexico and Canada.

Raniere (who was known in the group as “The Vanguard”) oversaw the functioning of NXIVM, which operated under an abusive system: women were told the best way to advance was to become a “slave” watched over by “masters.”

They were expected to have sex with their “master” and do any and all menial chores they were ordered to do. They weren’t to tell anybody about the arrangement and risked public humiliation if they ever revealed details to any party.

NXIVM has been the subject of two TV documentary series this year, HBO’s The Vow and the Starz series Seduced: Inside the NXIVM Cult.

Mack pleaded guilty in April 2019 to racketeering conspiracy and racketeering charges as well as allegations that she manipulated women into becoming sex slaves. She wept openly in court as she admitted her crimes and apologized to the women damaged by her behaviour. She was scheduled for sentencing in September 2019, but it was ultimately postponed by the court to grant additional time to conduct a pre-sentencing investigation.

“I believed Keith Raniere’s intentions were to help people and I was wrong,” Mack told a judge in federal court in Brooklyn at the time.

The sentencing of NXIVM co-founder Nancy Salzman was also delayed along with Mack’s, though she’s facing several years in prison after pleading guilty to one count of racketeering conspiracy.

Bronfman was sentenced to nearly seven years in prison in late September. Ex-followers told the judge that Bronfman for years had used her wealth to try to silence NXIVM defectors.

— With files from The Associated Press

How to use TikTok’s voice changer