Kathy Griffin has revealed that she has lung cancer and will have surgery to have a portion of her lung removed. 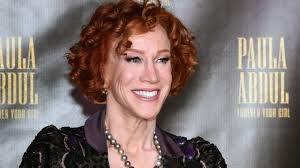 Kathy Griffin has revealed that she has lung cancer and will have surgery to have a portion of her lung removed.

The comedian, 60, announced the news on social media on Monday, adding that she had never smoked.

“I’ve got to tell you guys something. I have cancer. I’m about to go into surgery to have half of my left lung removed,” Griffin added. “Yes, I have lung cancer even though I’ve never smoked!”

Her cancer is in Stage 1 and her physicians are “very optimistic,” she said, adding that it is “contained to my left lung.”

“Hopefully no chemo or radiation after this and I should have normal function with my breathing. I should be up and running around as usual in a month or less. It’s been a helluva 4 years, trying to get back to work, making you guys laugh and entertaining you, but I’m gonna be just fine.”

The Emmy Award winner remarked in her tweet that her health may have been far worse if she hadn’t been “completely vaccinated” against COVID-19.

“Of course I am fully vaccinated for Covid. The consequences for being unvaccinated would have been even more serious,” she added. “Please stay up to date on your medical check ups. It’ll save your life.”

In the comments, celebrities expressed their support for Griffin.

“Love you so much!!! I’m here if you need anything. Don’t hesitate,” TV personality Ross Mathews commented.

In a clip from an upcoming “Nightline” interview broadcast Monday night, Griffin said she was “definitely shocked” by the news.

“I’m still a little bit in shock. Not denial, but once a day I’ll turn to nobody next to me and go, ‘Can you believe this (expletive)?’ ” she says in the clip.

In July 2017, Griffin shaved her head in honor of her sister Joyce, who was battling cancer. Griffin later announced that her sister died that September.

“My sister Joyce passed away peacefully last night. Check out this beautiful moment,” She included a video of her sister in the hospital with her message, as well as a link to the American Cancer Society.

How to use TikTok’s voice changer