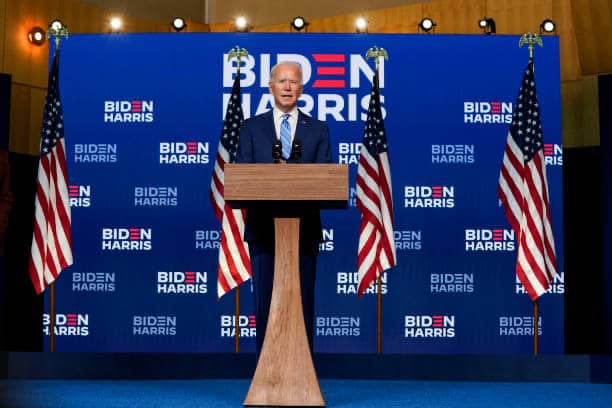 On Wednesday, while we are all awaiting the official results of the 2020 Presidential Election, Joe Biden held a press conference and expressed his hopes of winning the presidency.

After speaking about a record-breaking voter turnout and reiterating that the “people” determine who will be the President of the United States, Biden expressed that “we’re winning enough votes” to win the presidency.

He stated,”Here, the people rule. Power can’t be taken or exerted. It flowed from the people. It’s their will that determines who will be the President of the United States and their will alone.

He continued,”After a long night of counting, it’s clear that we’re winning enough states to reach 270 electoral votes needed to win the presidency.”

As you know, Joe Biden broke Barack Obama’s record, and he received the most popular votes in history with 70 million and counting.

As previously reported, @Newsweek reports, Joe Biden had broken Barack Obama’s popular vote record set 12 years ago in 2008 when he initially ran for president. Biden has currently received almost 70 million votes (69,512,303 votes or 50.1%) and counting, compared to Donald Trump’s 67,069,982 votes (or 48.3%.) That count is expected to grow even larger for Biden as the popular votes continue to trickle in.

FACT CHECK: #TSRPolitics—#PressPlay: #JoeBiden speaks on pending presidential election results. He also says more people voted in this election than ever before. (🎥:@wlbt3onyourside)