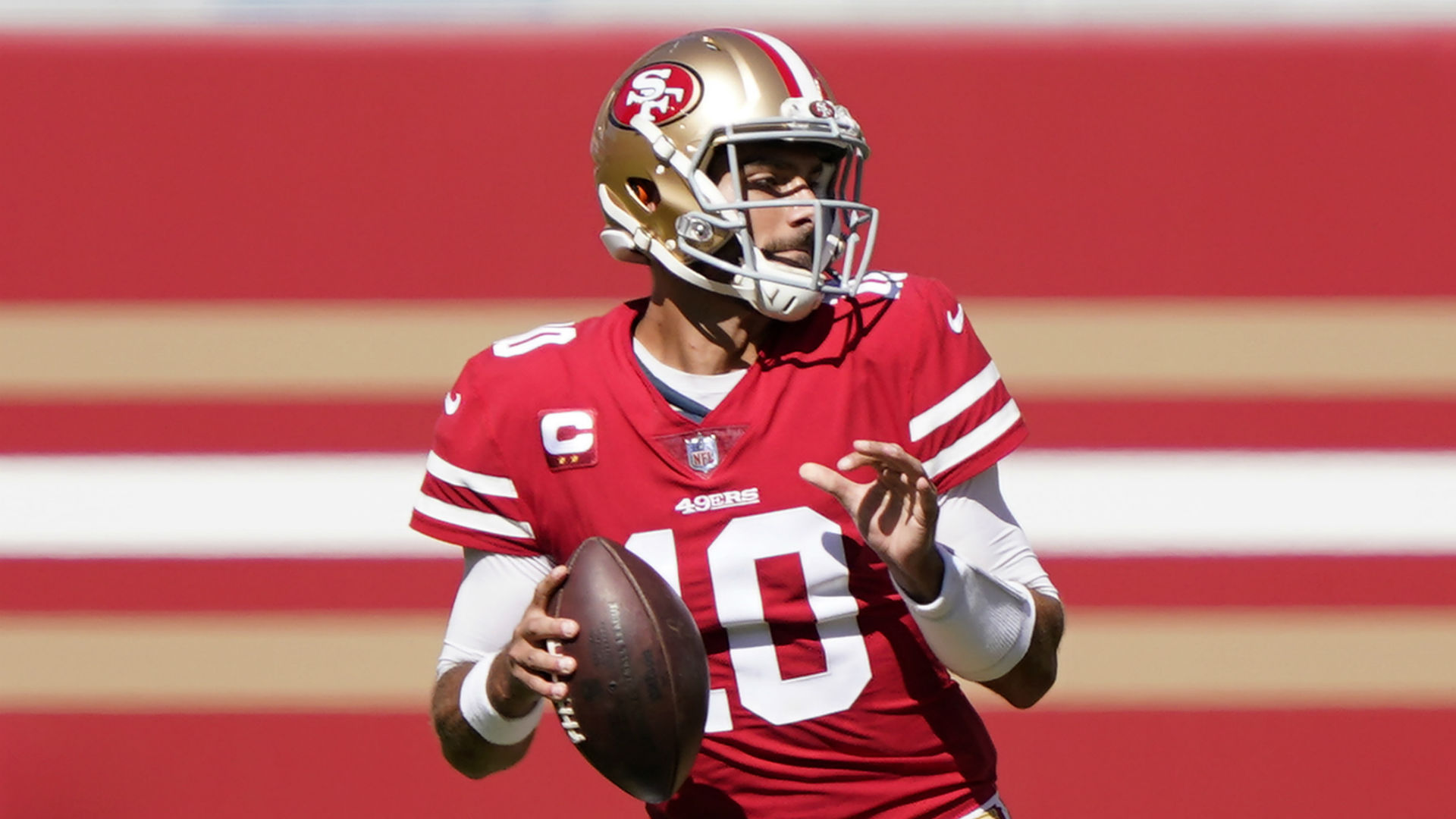 Garoppolo’s display in a shock 43-17 blowout loss to the Miami Dolphins last Sunday raised concerns over a high ankle sprain he suffered in Week 2, which forced him to miss two NFL games.

He completed just 7-of-17 passes for 77 yards and two interceptions in the first half before being benched for C.J. Beathard.

It was a performance that raised doubts over whether Garoppolo would feature in the primetime clash with the Rams, but he appears on track to do so.

Shanahan confirmed Garoppolo would be a full participant in Wednesday’s practice.

Asked about how he could gauge the health of Garoppolo’s ankle, Shanahan told reporters: “The only thing we can test more is tackle him to the ground, and that’s not something we’re gonna do.”

Linebacker Kwon Alexander was not on hand for practice due to a high-ankle sprain.

Cornerback Richard Sherman is not expected to play this week after suffering setbacks in his recovery from a calf injury, but fellow corner Emmanuel Moseley appears set to return from a concussion having been cleared to return to practice in a blue non-contact jersey.

Following successive defeats to the Philadelphia Eagles and the Dolphins, reigning NFC champions the 49ers are 2-3 after five games.