‘Jews for Trump’ Convoy in NYC Sparks Brawls on the Street 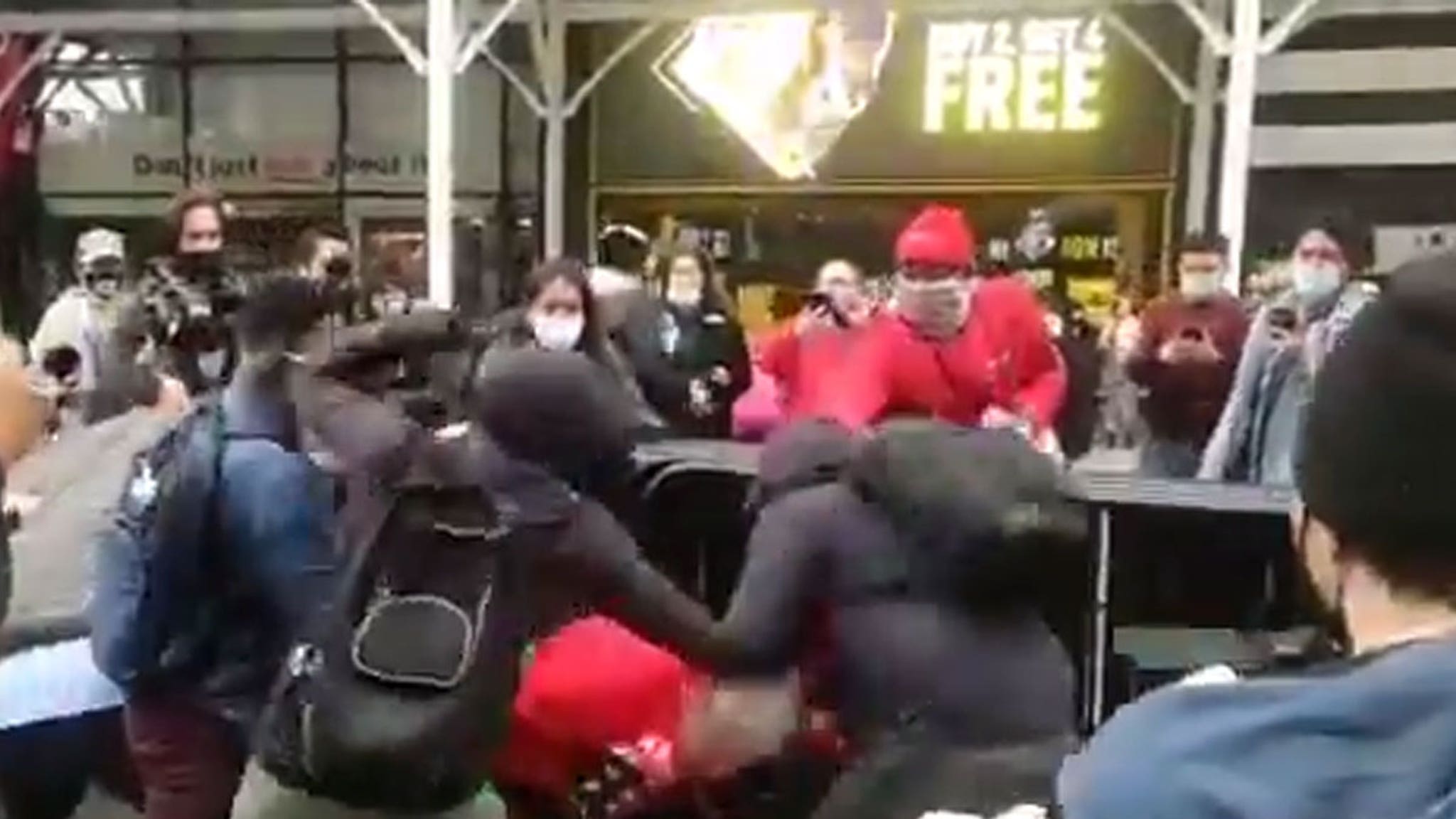 Another pro-Trump parade is going down this weekend — only now, in NYC … where a group identifying as Jews are showing their MAGA support, and bringing things to a boiling point with counter-protesters.

An event being dubbed “Jews for Trump” kicked off Sunday in Manhattan, where a massive convoy of cars and trucks waving Trump 2020 and American flags were caravanning through the downtown area … flanked by both cops who were protecting them, and anti-fascist protesters who were chirping from the sidelines. Some folks wearing Proud Boys garb were also there in the mix among the Trump crowd — eventually, all the groups clashed.

Brawl fight breaks out between MAGA and Antifacists in Times Square, New York

It’s hard to say what exactly is sparking the violence, but it’s happening nonetheless. Here’s one video in which a counter-protester takes a Trump flag out of one of the parading vehicles, which is parked momentarily. As that squabble seems to simmer down, another one pops up across the way — where two NYPD officers are wrestling someone to the ground.

Not too long after, utter chaos breaks out as people start to square up and swing on each other. Some folks are trying to break it up, others are jumping in — it’s almost impossible to differentiate at times.

At one point, a counter-protester comes up behind one of the ‘Jews for Trump’ dudes and taps him in the head before trying to run away. As he’s fleeing, he gets kicked in the leg and topples to the ground, with his head hitting the pavement hard. And, seconds later … even more brawls break out in an adjacent section. Like we said, complete pandemonium.

Some people on the ground claim the cops are definitely team Trump here, because some of the officers are arresting counter-protesters at the behest of the MAGA crew … who are apparently being safeguarded by those same cops using bikes to maintain crowd control.

This jives with what was just in the streets of NYC earlier this weekend — namely, an NYPD squad car saying “Trump 2020” over its built-in loudspeaker … which is a violation of police policy.

We try not to speak in hyperbole — especially for topics as sensitive as this — but when we say a civil war appears to be bubbling up, we mean it. Tensions are at an all-time high.