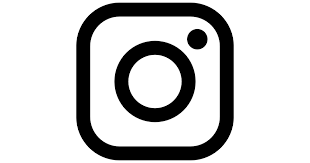 Karina Newton, Instagram’s head of public policy, retaliated against a claim using Facebook research as evidence that the photo-centric Instagram service is having a negative impact on youngsters, particularly girls.

Instagram defended itself on Tuesday against a claim that the social media platform is harming the mental health of young girls, saying it intends to remove posts that promote beauty myths. Karina Newton, Instagram’s head of public policy, rebutted a Wall Street Journal report citing Facebook research as evidence that the photo-centric Instagram service is harmful to youngsters, particularly girls.

“The research on the effects of social media on people’s well-being is mixed, and our own research mirrors external research,” Newton said in the post. “What seems to matter most is how people use social media, and their state of mind when they use it.” She highlighted a Harvard research that found a “see-saw” of positive and negative social media experiences among US youths. On one day, a teenager may like connecting with friends on social media, but on another day, he or she may clash with the same individual.

The Journal reported that Instagram has played down harm done to millions of young people who connect daily, particularly when it comes to feeling shame about their bodies after seeing what is branded beauty in imagery there. “Issues like negative social comparison and anxiety exist in the world, so they’re going to exist on social media too,” Newton said.

According to the Journal, internal research found that youngsters blamed Instagram for their worry and sadness. According to Newton, Instagram has attempted to address issues such as bullying, suicide, self-injury, and eating disorders that have been disclosed on the network. Instagram is now looking into ways to figure out what kinds of posts make people feel unhappy and then “nudge” them away from them “According to Newton, people who are content are more likely to feel happy. “We’re increasingly focused on addressing negative social comparison and negative body image,” Newton remarked.

“We’re cautiously optimistic that these nudges will help people find content that inspires and uplifts them, and, to a larger extent, will shift the part of Instagram’s culture that focuses on how people look,” says the company. Instagram is developing a version of the social network for youngsters aged 13 and under, a move that child safety advocates oppose.

Related Topics:EntertainmentInstagramNewssocialSocial mediaTech
Up Next