How the federal child tax credit will work 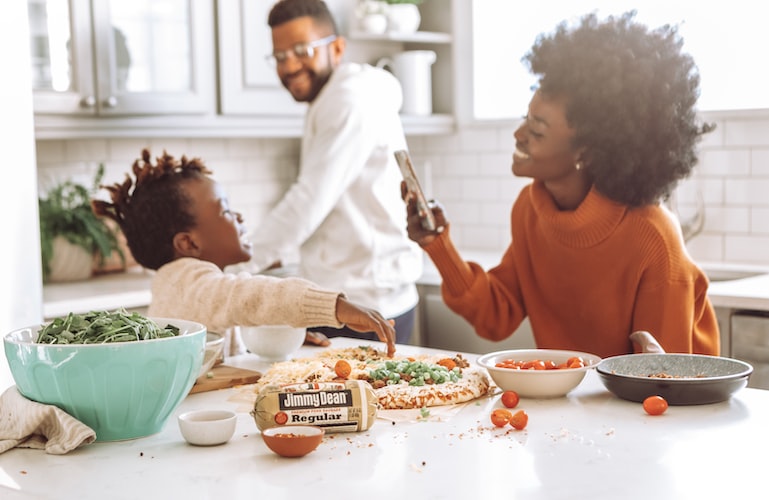 The most awaited pandemic stimulus package signed by President Joe Biden earlier this year is about to reach the bank accounts of millions of parents in the United States.

From this week and ending in December, most U.S. households with children will begin receiving monthly payments as a result of changes in that law expanding and reworking the federal child tax credit.

The tweaked tax credit drew less attention than stimulus checks and expanded unemployment benefits in the wide-ranging COVID-19 relief legislation. But the effect may be longer-lasting, with Democrats already angling to prevent the temporarily broader tax credit from shrinking again next year.

The new law not only makes more families eligible for the child tax credit, it also changes when families receive its financial benefits.

For the first time, half of the tax credit will be distributed through monthly payments, instead of only when families file their taxes. That will send families up to $250 a month for every child between 6 and 17 years old, and up to $300 a month for kids under 6.

For roughly 39 million households — covering 88% of children in the United States — the monthly checks will be automatic, according to the Internal Revenue Service.

The rest of the tax credit — worth between $3,000 and $3,600 per child, depending on their age — will be paid out when a family files taxes next spring.

Here’s more on how the program will work:

What is the child tax credit?

Typically, the child tax credit is distributed annually, as a deduction for how much a family owes on their income taxes. Prior to this year’s changes, the deduction was up to $2,000 per dependent child under 17, and is phased out for those earning over $200,000, or $400,000 for couples filing jointly.

But low-income families who owed less in taxes than the amount of the deduction previously could only receive part of that deduction.

Under the revisions to the tax credit, children as old as 17 now count as qualifying dependents, and low-income families can now receive the full value of that tax credit, even if they have no earned income.

And the biggest change will be the monthly checks, which will provide essentially a guaranteed stipend to families.

Who is eligible for child tax credit?

Families can receive the full credit if their income is less than $75,000 for households with a single filer, $112,500 for head-of-household filers, and $150,000 for married couples filing jointly.

The increased credit phases out above those income amounts. Those making more than $144,500 as a single filer and $182,000 as a married filerare  eligible for the previous $2,000 per child, according to the Congressional Research Service.

The structure puts single parents at a disadvantage, capping their credits compared to what married parents would receive. Rep. Katie Porter, (D-Calif.), a single mom, has pushed to make those filing as heads of household — as single parents typically do — eligible for the same amount as married couples.

Those eligible to receive the monthly payments might have received a letter from the Internal Revenue Service in the past few weeks detailing the tax credit and how much they will receive.

If not, there’s also an online tool for checking how much someone will receive.

How does the child tax credit work?

Families who filed tax returns for 2019 or 2020, or who signed up to receive a stimulus check from the Internal Revenue Service, do not need to do anything to begin receiving the monthly payments.

Parents who didn’t file taxes should use an online IRS tool, called the “non-filer sign-up tool,” to get their money.

The payments will be made on the 15th of each month through December, except for August, when it is scheduled for the 13th because the 15th falls on a weekend.

Do families have to receive the monthly payments?

No, though it’s too late to opt out of the initial July 15 payment. Families that would prefer to receive their credit as a lump sum next year can opt out of payments starting in August using the online IRS portal, where they also can update bank account information.

Will the tax credit changes affect eligibility for other government benefits programs?

No. Receiving the expanded child tax credit will not impact eligibility for means-tested programs like Medicaid, the Supplemental Nutrition Assistance Program, known as SNAP, or Supplemental Security Income, known as SSI.

What will this money mean for families?

There are no restrictions on how families use the money. Spreading the payments throughout the year, as opposed to the lump sum approach, means that the aid will be better-timed to assist with recurring child-related costs.

Robyn Bles, a pastor in Des Moines, said during a recent Iowa event promoting the tax credit that she plans to use the money to enroll her 4-year-old daughter, Rosey, in swimming lessons and art classes. She also plans on making smaller changes, like buying more healthy foods.

Will the tax credit go away after next year?

The pandemic stimulus law expanded the tax credit for only one calendar year, 2021. It would take further action by Congress to extend the changes into future years.

But popular temporary tax changes have a way of getting renewed on Capitol Hill. Democrats already have been working to promote the broader tax credit and its effects, including vulnerable incumbents like Rep. Cindy Axne, who held a recent event with parents in her southwestern Iowa district highlighting the upcoming checks.

“I don’t think these are parents that are asking for too much for their children,” Axne said.

A Biden administration fact sheet detailing the tax credit notes that the president “strongly believes that we should extend the new Child Tax Credit for years and years to come,” and that he has proposed doing so in his American Families Plan.