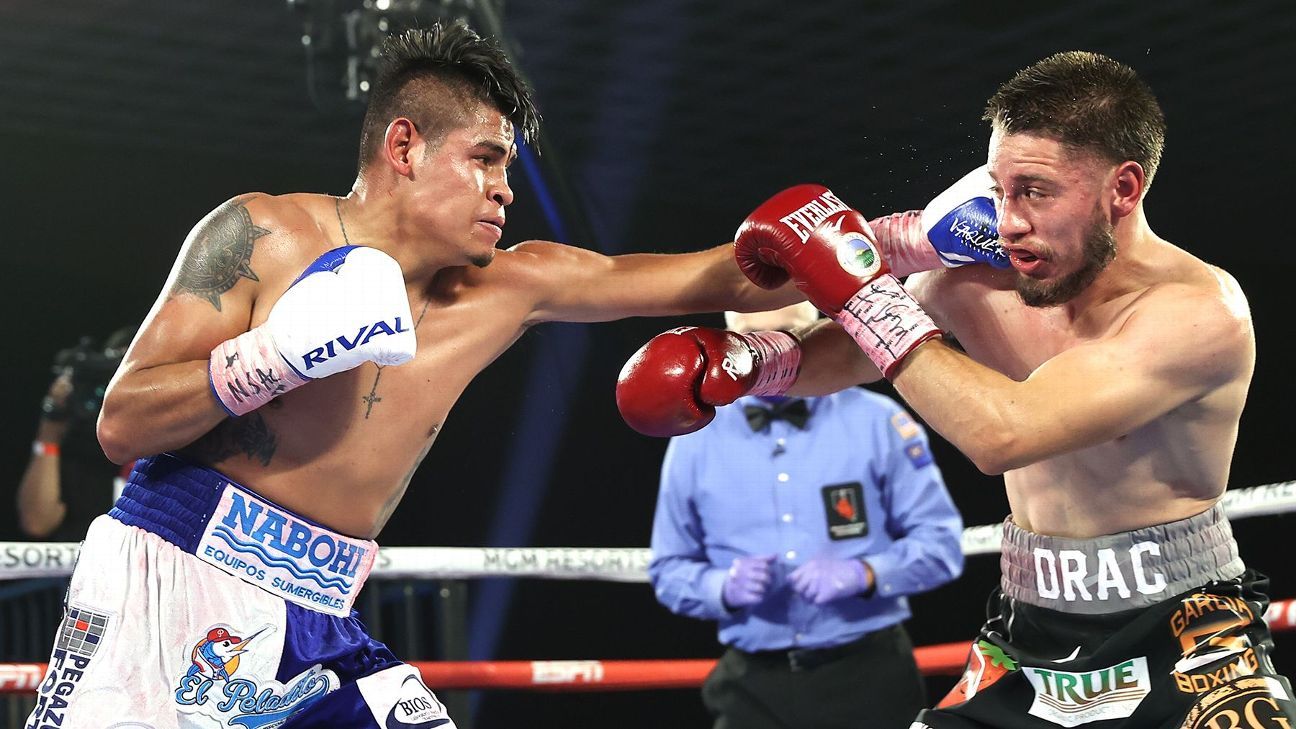 Emanuel Navarrete knocked down Ruben Villa twice early in their bout for the vacant WBO featherweight world title Friday night, and that was enough to earn Navarrete a unanimous decision victory and the belt.

It made Navarrete a two-division titlist, and set the stage for a number of different exciting fights down the line. But Villa didn’t make it easy, as his efforts in the second half of the fight made it a closer fight in the judges’ scorecards than expected after Navarrete’s early flurry.

So what lies ahead for Navarrete at 126 pounds? Let’s break down the main event and its ramifications, and also dig into the highlights of the undercard of Friday’s Top Rank Boxing show.

What does this fight tell you about Navarrete and his future at 126?

Navarrete showed he will be a tough opponent for the top fighters at featherweight despite his technical blemishes. There are certain fighters who do everything — or a lot — wrong, but make it work right. He isn’t elegant or stylish, but he is highly effective. There is something to be said about a guy who just keeps coming, puts the pressure on you and has heavy hands. But you have to wonder how he’ll fare against a top-level featherweight with above-average power.

Early on against Villa, Navarrete was able to push Villa around a bit with his height and reach advantage, which he maintained despite moving up in weight because of his long limbs. Navarrete’s superior punching power also played a major role, as evidenced by the two knockdowns. But as the fight wore on, you saw Navarrete’s technical flaws reveal themselves as he missed a multitude of punches and he showed poor balance.

But this is what you get with Navarrete — an extremely difficult and dangerous fighter, who also has significant holes in his game. He won’t necessarily be a dominant featherweight, but he’ll be one that is in a lot of memorable clashes.

How does Navarrete match up with the other titleholders and other big names available at 126 pounds?

WBC featherweight world titlist Gary Russell Jr., at his best, is a mesmerizing blend of speed and quickness, and he can get some power behind those punches on occasion, too. He’d still have to be considered the best at 126. Navarrete vs. IBF featherweight titleholder Josh Warrington would be a real battle between two guys that let punches fly, but Navarrete would have the advantage in pure power. A matchup with WBA “regular” featherweight titlist Xu Can, who throws a high volume of punches, would be another enticing showdown.

This is the bottom line: a fighter with as many technical flaws as Navarrete will always be a bit vulnerable at the world-class level. But he has certain intangibles like heart and determination that are difficult to measure and make him hard to beat. And the things he does well in the ring make him dangerous. Even at 126 pounds, which is a step up from where Navarrete has spent most of his career, it’s going to take a very good fighter on a very good night to defeat him.

If you listen to trainer Buddy McGirt, Alimkhanuly is boxing’s next middleweight champion, and his next standout fighter.

It was hard to argue with McGirt after Alimkhanuly’s performance, as Alimkhanuly landed a devastating knockout punch to Gonzalo Coria in the second round of a scheduled 10-round bout.

Like Gennadiy Golovkin, Alimkhanuly hails from Kazakhstan, and there are certain to be comparisons to GGG in the near future, although it has to be noted that Alimkhanuly is a southpaw. This was a strong outing from Alimkhanuly as he made every shot count, and fought with a real purpose and intensity.

After sending Coria to the canvas in the first, Alimkhanuly scored the eye-opening knockout in the next round with a big left hand that sent Coria crashing to the mat, laying under the bottom rope.

Though he has only nine fights under his belt, Alimkhanuly had over 300 amateur bouts, and is already 27 years old. So while he could use a bit more seasoning, he might not be too far off from a more significant opportunity, either.

Rodriguez, a junior welterweight, is as good as any prospect in the world. He further solidified his status as a blue chipper by stopping the normally durable Cameron Krael in the third round of a scheduled eight-round battle. Nevermind Krael’s rather pedestrian record (17-17-3, 4 KOs), he is one of the sport’s best tests, consistently giving tough rounds to the best and brightest prospects boxing has to offer. Krael had been KO’d only once entering the fight with Rodriguez..

After a relatively uneventful first round, Rodriguez, a southpaw with a lot of power, began to understand that there was an opening for a right hook over the top to find its mark. He buzzed Krael late in the second round with that punch, and then in the third, that very same shot put Krael down.

Sometimes it’s not if you win, but how you do it. The way Rodriguez so easily dispatched Krael was telling. Everyone at 140 pounds better be on alert for “The Dominican Kid,” who improved to 10-0-1 (10 KO’s) after his fourth appearance in the Top Rank bubble.

Highly touted prospect Lorenzo “Truck” Simpson remained undefeated by clearly outpointing Sanny Duversonne in an eight-round unanimous decision victory,, with judges scoring the fight 78-73 (twice) and 79-73. But his domination on the scorecards was more attributable to Simpson being sound and solid rather than spectacular.

After Simpson started the fight aggressively, he then put things in reverse gear as the rounds rolled on, and wasn’t nearly as dominant. It was a strange tactical decision, given the fact that he was effective when he was coming forward and working the body.

Simpson was briefly stalled by a flash knockdown in the fifth round, as his feet got tangled up while taking a looping right hand from Duversonne. Simpson still won in the end, but he didn’t really make the statement he was hoping to.

Simpson is a fighter with many tools. He has good speed and quickness, makes his punches count and has impressive physical strength. But in this fight, the 20-year-old from Baltimore showed that he still has a ways to go in terms of his development.

The wildest moments from the most unforgettable Red River Showdown