Hillary Clinton on her haters: ‘You can just be who you are for better or for worse’ 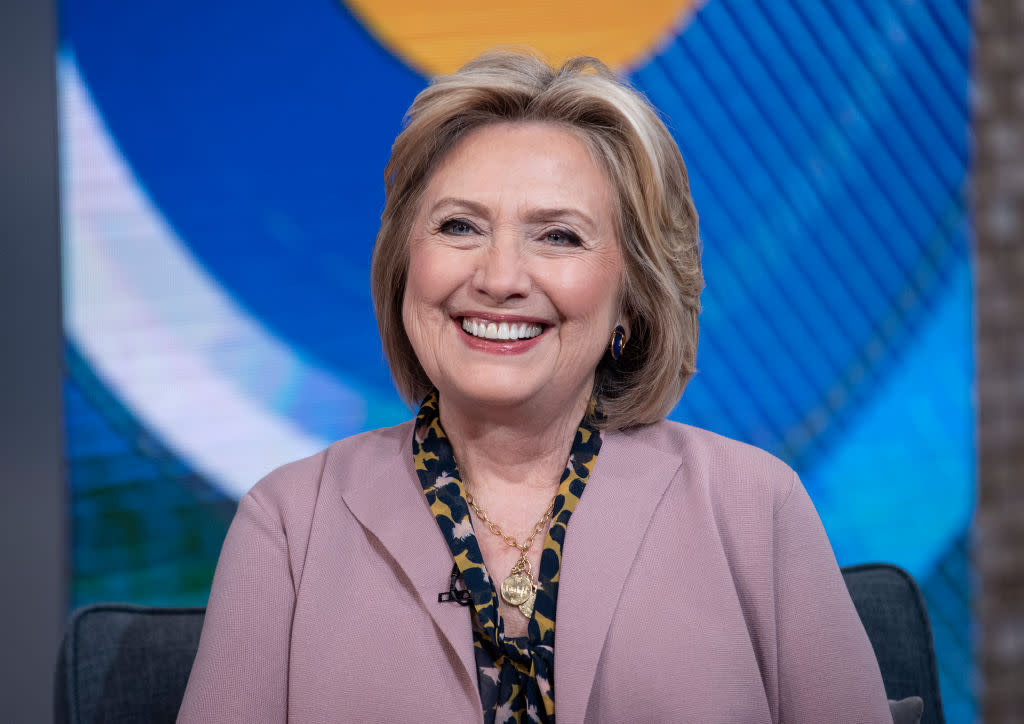 Whatever you think about Hillary Clinton, know that, by this point, it doesn’t really faze her.

“You have people who just adore you and follow you and, you know, model themselves after you. And then you’ve got people who gripe and complain and critique you. And, you know, just like most things, you can’t get pushed to the extremes,” Clinton told Bethenny Frankel on Tuesday’s episode of Just B With Bethenny Frankel. “You can’t believe all the adulation and the best about yourself and you certainly should not buy into all the negativity and the hate and all the rest that goes with the critics. So you have to chart your own course and, you know, at the end of the day that’s all you can do. You can just be who you are for better or for worse, you know, good times and bad, just be who you are. And the people who get you will get you. And they’ll know that you, like them, are an imperfect human being.”

Clinton, the first woman a major party ever nominated for the United States presidency, the former Secretary of State and first lady, among her many accomplishments, has learned to not, as Frankel put it, live in the love or the hate.

“Part of the challenge is, especially when you’re a woman, understanding who you are and enough about what you’re trying to achieve but also recognizing that, you know, there’s still this gigantic double standard,” Clinton said. “It’s just out there. And, you know, we are still judged on a different set of criteria than men in public life… or men in business or men in academia. You just name it. Men anywhere. There is still a different set of expectations.”

As the first in situations, Clinton said she’d had simply try to figure out the best path to accomplish something.

Take, for instance, her 2016 presidential campaign against now-President Trump.

When Frankel asked Clinton if, in hindsight, she would have gone “more gangster” on her opponent, Clinton said she might make some changes.

“You know, I’ve thought about that a lot. I mean, really, I wrote a book after the election called What Happened, and I wrote a chapter about women in politics and I wrote about how do you deal with somebody who is, you know, that aggressive, that domineering and all the rest of it,” Clinton said. “In retrospect, I think I would’ve, I could have tried a few different things. I think still you’ve gotta be careful as a woman on the big stage. You can’t be too… they get to be aggressive but if we’re aggressive we pay a price for it, as you know, so I think I could have tried a few other tactics maybe. I’m not sure they would have worked but, you know, might have been worth trying.”

Clinton said that, four years after losing the presidential election, her mantra is simple: “Keep going and be grateful.”