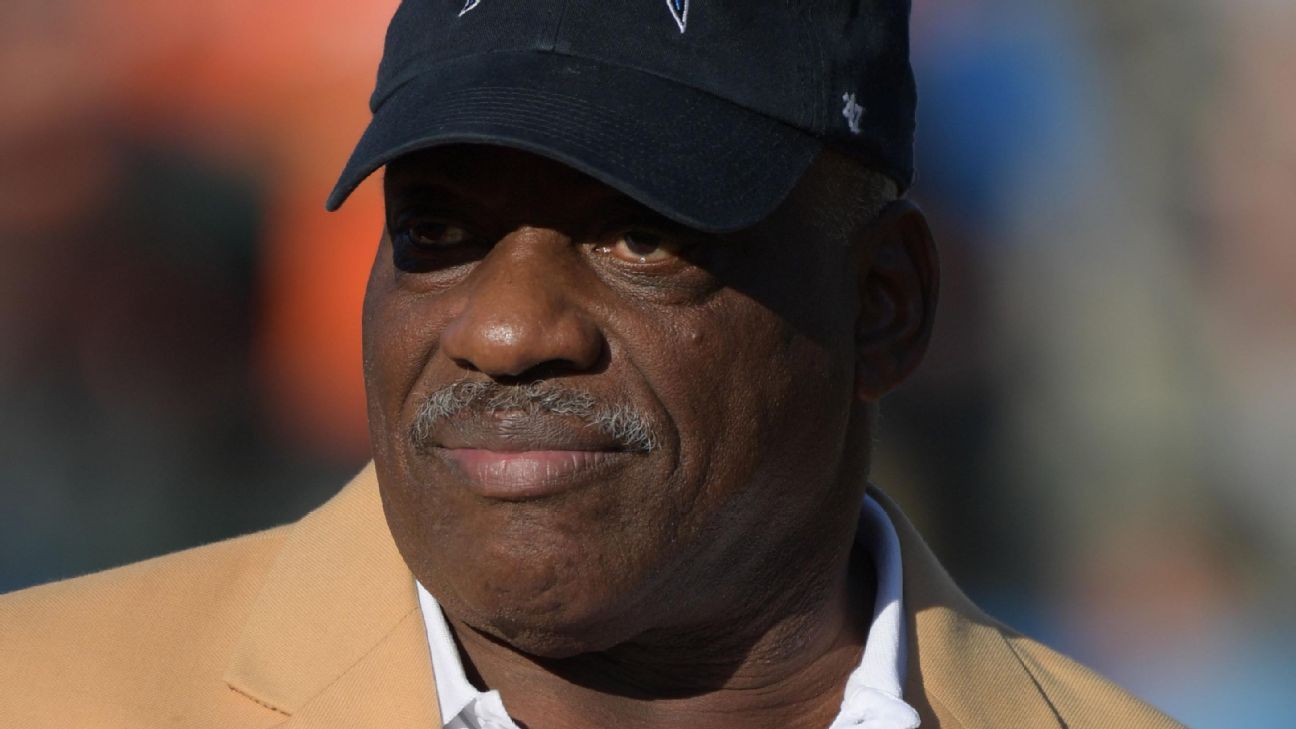 “The entire Pro Football Hall of Fame family mourns the passing of Fred Dean,” Hall of Fame president and CEO David Baker said in a statement. “He exemplified many of the values learned from this great game — commitment, integrity, courage — over the course of his life. Our thoughts and prayers are with Fred’s wife, Pam, and their entire family. We will forever keep his legacy alive to serve as inspiration for future generations.”

After a standout collegiate career at linebacker for Louisiana Tech, Dean entered the NFL as a second-round pick of the then-San Diego Chargers in 1975. He was moved to defensive end right away and quickly became one of the league’s best edge rushers, landing his first Pro Bowl berth in 1979 and an All-Pro and Pro Bowl spot in 1980.

Dean played for the Chargers until 1981, when he joined the San Francisco 49ers via trade for a second-round draft pick. Known for his combination of quickness and power, Dean made an instant impact for the Niners, racking up 12 sacks (unofficially, as sacks didn’t become an official stat until 1982) in 11 games and earning an All-Pro nod as the Niners won Super Bowl XVI.

Two years later, Dean had his best NFL season, finishing with 17.5 sacks, most in the NFC. That included a then-NFL record six in a game against the New Orleans Saints as he earned his fourth and final Pro Bowl honor.

In 1985, Dean and the Niners earned another championship, beating the Miami Dolphins in Super Bowl XIX.

Dean retired after the 1985 season, having played 141 games over 11 seasons. He was enshrined into the Pro Football Hall of Fame on Aug. 2, 2008. Former Niners owner Eddie DeBartolo Jr. presented Dean for induction and often referred to him as one of the missing pieces that put the 49ers over the top.

“While it cannot be said that Fred Dean’s greatness as an NFL player began when he came to the 49ers in 1981, I can say as the owner of the team that the greatness of the 49ers began with Fred Dean’s arrival in San Francisco,” DeBartolo said then.

Dean was born on Feb. 24, 1952, in Arcadia, Louisiana, and attended Ruston High before he arrived at Louisiana Tech. He was a four-time All-Southland Conference selection for the Bulldogs, who won the 1973 Division II national championship and four consecutive Southland Conference titles with Dean racking up 392 career tackles. He was inducted into the National Football Foundation Hall of Fame in 2009 and the Louisiana Tech athletic hall of fame in 1990.