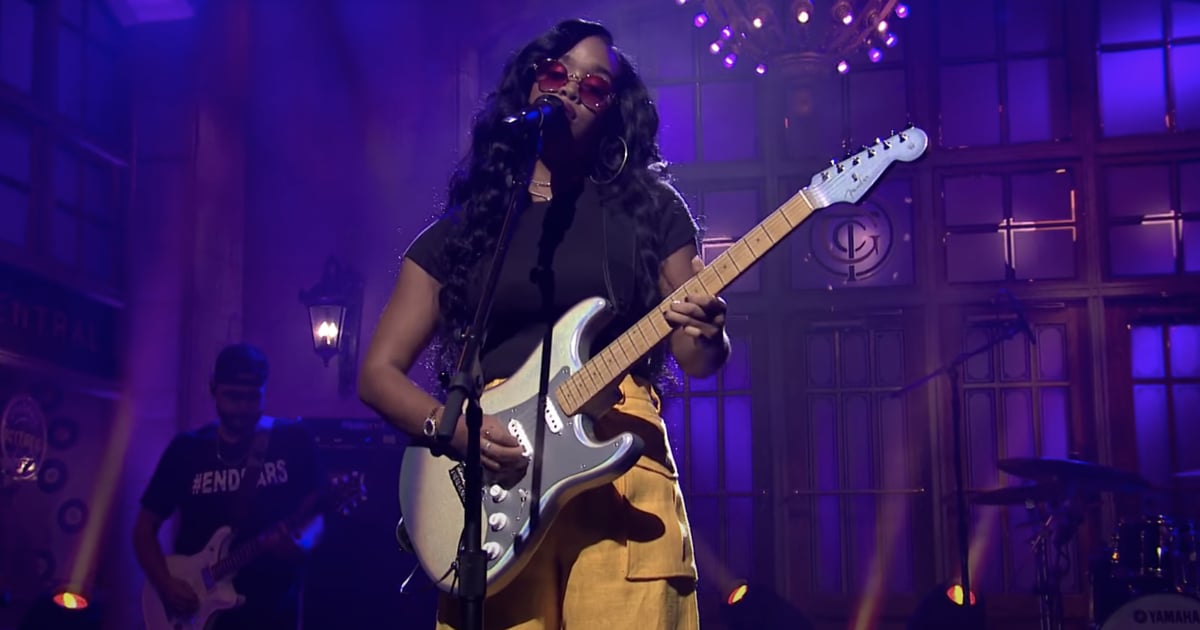 H.E.R.’s moving performance of “Hold On” during the Oct. 24 episode of Saturday Night Live, hosted by Adele, carried a special message. The 23-year-old singer, who also performed her song “Damage,” crooned alongside her band members clad in shirts emblazoned with “#endSARS.” H.E.R. is the most recent celebrity to raise her voice in support of the #endSARS movement, which calls for an end of the Special Anti-Robbery Squad and its brutality in Nigeria. This isn’t the first time that H.E.R. has used her platform to spread awareness — she previously released a song called “I Can’t Breathe” to honor George Floyd in the wake of his senseless death. Watch her SNL performances ahead.