Golden Nugget, funded by Fertitta, will be acquired by DraftKings for $1.56 billion. 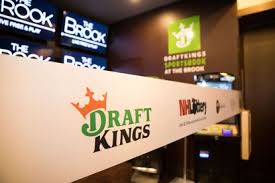 Golden Nugget, funded by Fertitta, will be acquired by DraftKings for $1.56 billion.

On Monday, DraftKings Inc. announced that it would purchase Tilman Fertitta’s Golden Nugget Online Gaming Inc. for $1.56 billion, bringing the Houston Rockets owner onto the company’s board of directors and adding more than 5 million additional customers.

Fertitta, who owns approximately 46% of Golden Nugget, committed to keep the DraftKings shares he will receive in the merger for at least a year after the transaction complete, according to the firm.

Tilman will be an active member of our Board of Directors and one of our major shareholders, according to DraftKings Chairman and Chief Executive Officer Jason Robins.

Betting businesses have been circling the US industry, which has risen significantly since a three-year prohibition on sports betting was repealed and more states allowed it.

DraftKings, which allows users to participate in daily and weekly fantasy sports games, is subject to different online gambling legislation depending on where they are located. DraftKings @ Casino Queen in East St. Louis is one of its live-betting businesses in the United States, including locations in Colorado, Indiana, and Illinois.

DraftKings announced Monday that it will form a new holding company named New DraftKings that will include both DraftKings and Golden Nugget, which also controls the Landry’s Inc. restaurant portfolio.

Golden Nugget shareholders will get 0.365 shares of New DraftKings stock for each share held if the all-stock deal goes through. The deal should be completed in the first quarter of 2022.

Fertitta Entertainment Inc, the parent business of Golden Nugget, agreed to merge with a special purpose acquisition firm in February to go public. In April of last year, Draftkings went public in a similar manner.